Marshall McLuhan once said Canada is the world's only country that knows how to live without an identity. What more is needed to bind us together than a dictionary with a 4,833-word entry for "eh" and an account of the profound nationalist meaning of "all-dressed" in both official languages?

A 21st-century new media dictionary with a YouTube definition of a slap shot?

A dictionary that provides the opposite meanings of "table" in Canadian and American English? A dictionary that explains that "parking stall" is overwhelmingly Canadian and overwhelmingly Albertan within Canada – as is "parkade," with both words possibly linked to the Hudson's Bay Co. department stores that originally appeared in Western Canada (the word first showed up in 1958 although "parkade" is also dominant in Prince Edward Island while Ontarians favour "parking garage")?

This is the second edition of the Dictionary of Canadianisms on Historical Principles (DCHP-2) – a 10-year project by a dedicated group of linguists and lexicographers and their student helpers centred primarily in the Canadian English Lab in the University of British Columbia.

Its objective is "to provide a historical record of words and expressions characteristic of the various spheres of Canadian life during the almost four centuries that English has been used in Canada."

It is being published online this month to coincide with the 150th birthday of official Canada, somewhat to the surprise of its authors, who weren't sure when they would be finished (work on "eh" is still not complete, says editor-in-chief Stefan Dollinger, a Swede). And it is appearing half a century after the first edition was published – initially celebrated then quickly forgotten – in the nationalist zeal surrounding Canada's centennial.

It is a fascinating piece of scholarly work, a cornucopia of cultural terms from colonial, Indigenous, French, American and other languages that have shaped Canadian English. Its entries are accompanied by extensive explanations of how and when a word was first used along with its etymology and reasons why it qualifies as a Canadianism (and why some words that have been labelled Canadianisms aren't). Many entries are illustrated by photographs, graphs or YouTube videos.

The "all-dressed" entry has a photograph of an all-dressed bag of potato chips.

The expression is a direct translation from Canadian French, "toute garnie," used originally to refer to pizza dressings – a pizza with everything on it – that crept from Montreal French into Montreal English and then into Ontario and Saskatchewan, "the latter of which," as the DCHP-2 helpfully points out, "is a bit of a mystery." From pizza it then moved to potato chips. The term overwhelmingly is used in Canada.

Table? The prevalent definition of "table" as a verb in Canadian English is to "bring a topic or a piece of legislation forward for discussion." In American English, the definition is to postpone action on a topic. Both definitions have been present in Canada for more than a century, but the DCHP-2's editors find that 93 per cent of Canadian newspaper articles use the "bring forward" definition while only 7 per cent use the meaning of "postpone" – percentages, the dictionary reports, that remain stable.

"Eh" unquestionably has become what linguists call a stereotypic marker of identity. A dozen years ago, University of Toronto sociolinguist Elaine Gold identified 10 ways "eh" was used, from "I know, eh?" (used by 85 per cent of her native-born students) to "This guy is up on the 27th floor, eh?" known as "the narrative 'eh'" (and used by only 16 per cent).

The DCHP-2 gives four classifications of "eh" – confirmational uses, contesting uses, "pardon eh?" (what could be more Canadian?) and narrative uses – and then cannonballs into its history, beginning with a statement that the earliest evidence for "eh" as Canadian stems from a 1959 academic paper reporting the meaning of "eh" as in "pardon eh?" in the early 1950s and declaring that "eh" was so exclusively a Canadian feature that "immigration officials use[d] it as an identifying clue [to tell Canadians from Americans]."

It then goes on to inform readers that while "eh" is "aligned primarily with blue-collar, non-urban, males," it was "occasionally used by speakers of higher social standing"

The "eh" entry includes charts showing the differential frequencies of "eh" in Toronto speech according to the speakers' birth years and social class (red = blue-collar, blue = white-collar workers). The charts show that, across all ages, blue-collar workers use "eh" more frequently, and that for those born in the 1960s or later the overall frequency of eh, at least in big cities such as Toronto, has declined considerably.

In fact, the DCHP-2 says, "what is interesting is that 'eh' is a rather infrequent feature in Canadian English [and] 'eh' is not as frequent as commentary on it would suggest." For 4,833 words.

The DCHP-2 is a page-turner.

There is no mention of money coming from the federal government's half-billion-dollar allocation for sesquicentennial commemorative events that include an icebreaker's 150-day Students on Ice trip from St. John's to Victoria via the Northwest Passage and $155,000 for two artists to take a red sofa across Canada on which people will be invited to sit and talk about what Canada means to them. 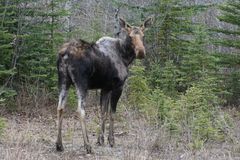 The Yukon: Sift through an eclectic mix of wares at a vibrant pop-up shop
March 6, 2017
The Northwest Territories: Try a craft beer at Canada’s northernmost microbrewery
March 6, 2017
Follow us on Twitter @globeandmail Opens in a new window
Report an error Editorial code of conduct
Due to technical reasons, we have temporarily removed commenting from our articles. We hope to have this fixed soon. Thank you for your patience. If you are looking to give feedback on our new site, please send it along to feedback@globeandmail.com. If you want to write a letter to the editor, please forward to letters@globeandmail.com.
Comments