The federal government defended the criminalizing of assisted suicide and said it sought to protect disabled people from a "prevalent bias" that their lives have less value than those of other people, as it urged the Supreme Court to reject doctor-assisted death for the second time in 20 years.

But the government ran repeatedly into skepticism from a group of judges on the court, ranging from its liberal wing to its more conservative side.

"There is something stereotypical in your argument that is bothering me," Chief Justice Beverley McLachlin told federal lawyer Donnaree Nygard. "That they, all of them, need protection, a leg up." Justice Rosalie Abella made a similar point — that not all disabled people want that protection.

Ms. Nygard responded that the safeguards that protect vulnerable people from being pressured to accept death may not work because of biases held by the medical profession or others.

Justice Thomas Cromwell then asked if the government accepted findings by a lower-court judge that the ban on assisted suicide prolongs suffering in some cases, and in others leads people to take their lives while they are still healthy enough to do so. Ms. Nygard said those impacts could not be ignored, but Justice Cromwell said, "Your side of the room has been ignoring them."

The court ruled against a right to assisted suicide in a 1993 decision rejecting the claim of ALS patient Sue Rodriguez, and accepting by a 5-4 count the government's argument that its law helped protect the sanctity of life. But since then, several jurisdictions, including the Netherlands, Belgium and Oregon, have allowed doctor-assisted dying, and B.C. Supreme Court Justice Lynn Smith found that those jurisdictions have safeguards that minimized the risks that vulnerable people will be pressured into accepting death.

That conclusion, after extensive hearings and review of evidence, is important because it gives the court a reason to reverse its 1993 ruling; the government may not need a complete ban to protect the vulnerable. But federal lawyer Robert Frater argued that Justice Smith had usurped the legislative role by her "forensic" examination of whether the safeguards work. Several judges of the Supreme Court drilled him with astonished questions at that point.

"She was just looking at the evidence and that's what the evidence caused her to conclude. What's legislative about that?" Justice Rothstein, one of the court's more conservative members, and one of the six appointed by Prime Minister Stephen Harper, asked.

Another challenge for the federal government was to persuade the court that the "sanctity of life" arguments give it wide latitude to make policy. Some judges seemed sympathetic to the notion that life's sanctity is not an absolute, and must give way to other concepts, such as autonomy and dignity.

Mr. Frater ultimately changed tack, asking the court to look at the matter from that of a vulnerable person: "Why must I be put at risk so someone can terminate their life early?"

The hearing also featured passionate, and at times emotional, arguments from lawyers representing disabled people on both sides of the issue.

Joseph Arvay, representing Lee Carter, who took her 89-year-old disabled mother Kathleen Carter to Switzerland for an assisted death, called disabled organizations that oppose assisted suicide "arrogant" for attempting to deny to suffering people the way out they seek.

"There are some things worse for some people than living," he said.

Justice Moldaver asked Mr. Arvay to define what Justice Smith meant when she said risks can be "substantially minimized," in a system that allows assisted suicide. "Is that 85 per cent?" He asked whether it means letting 15 per cent die.

Mr. Arvay replied that it is similar to the standard used in criminal law to decide guilt or innocence – beyond a reasonable doubt. He said Justice Smith concluded the risk could be brought down to "almost nothing."

David Baker, representing the Council of Canadians with Disabilities, and the Canadian Association for Community Living, said that at one time or another, all disabled people have thought of suicide, and that government therefore must protect them.

While the right to assisted suicide is usually claimed by the terminally ill who are suffering unbearably, the Canadian Civil Liberties Association went further, in asking for the right to assistance for mentally competent people who are physically able to take their own lives. "Why should they have to go hang themselves in the closet?"

Mr. Baker mocked that notion, saying that rather than a government program of assisted dying, better palliative and home care is needed. 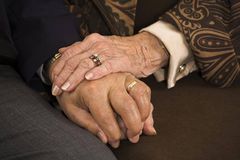 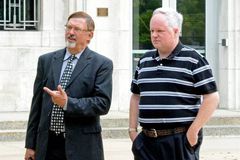 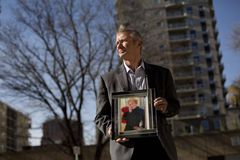 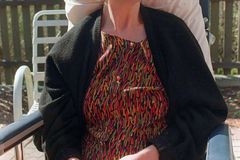