It figures that the very week that a cab driver asks if anyone has ever told me that I look like Camilla Parker Bowles and a reader advises a facelift is in order, I also should be writing about cosmetic surgery, albeit one gone wrong in the worst way.

(The cab driver had an Eastern European accent, and he called her Camille, but he quickly extinguished my faint hope that I was misunderstanding him when he saw my confusion and added helpfully, "Wife of Prince Charles?")

The case I was covering was the tail end of a very long hearing at the College of Physicians and Surgeons of Ontario.

At issue is the conduct of a family doctor-turned-cosmetic surgeon, Behnaz Yazdanfar, whose patients and lawyer call her Dr. Yaz, who is charged with professional misconduct and incompetence in connection with the death of Krista Stryland (and with other cases that were reviewed in an investigation by the college).

Ms. Stryland was a 32-year-old Toronto real-estate agent, from her pictures a gorgeous young woman, not overweight at all, but wanting to get rid of the stubborn bulges that plague some women. On Sept. 20, 2007, she went in for liposuction, the removal of fat tissue using an instrument called a cannula, which is attached to a suction system.

I sat in for closing arguments in the case, which is now in the hands of the disciplinary panel. I'll leave aside the particulars involving Dr. Yaz, but some of the related general information was honestly shocking.

One of the prosecution's chief expert witnesses was a famous Toronto plastic surgeon named Stephen Mulholland, who by the sounds of it made a compelling and remarkably forthright witness.

Liposuction, he said, is "perceived by the lay public, it is perceived by physicians that aren't involved in the … acute management of sick patients as perhaps the easiest of aesthetic procedures."

But in fact, he said, "it is also the number one cause of death from cosmetic surgery in North America. It is fraught with complications."

What happens in liposuction is basically this: The cannula instrument (which another doctor who testified says may be "passed" through the body 20,000 times in a single abdominal procedure) inevitably traumatizes normal tissue. Intravascular fluid, which we need to pump blood through our systems, leaks into what's called the third space, between the cells and the vascular tree, and accumulates there.

All this shifting about of fluid may leave insufficient amounts to feed the vital organs; liposuction, Dr. Mulholland said, is the only aesthetic surgical procedure that may cause massive large volume shifts into the third space.

As he put it once, "It's a very, very large space, into which your tiny little circulating volume of five litres [the normal human adult blood volume]can evaporate very quickly."

It is a serious business, the opposite of the happy-face adverts, with their come-hither promises, which fuel the widespread perception that lipo is a benign procedure.

Since the sort of fluid shifts that happen in liposuction are comparable to those that occur in a burn resuscitation or major trauma, the logical question, since the latter two are emergency procedures and the former elective, voluntarily taken on, is why would anyone do it?

The answer is that ours is a society obsessed with looks and youth. No news there.

Cosmetic surgery is a booming business. (And men are hardly immune. A review by the college of some of Dr. Yaz's cases, for example, showed that of 24 patients, six were men, including one fellow who had two significant large-volume liposuctions within a month.) Women go in to get rid of "muffin tops" or "bra lines," men for their "love handles" or over-developed breasts. People have bellies, legs, arms, backs and necks liposuctioned. Some combine a lipo with tummy tucks or breast augmentations, which only elevates the risk.

One of the issues in the Dr. Yaz case is how well, or not, the doctor explained these risks to her patients, including Ms. Stryland.

After all, if you're told you may die, that the procedure is invasive and potentially dangerous and you still decide to go ahead, that's one thing. But if you're not properly informed, or if the risks are minimized, it's quite another. As Dr. Yaz's lawyer, Tracey Tremayne-Lloyd, put it this week, "We take a risk when we have surgery… if we want to look prettier, we're taking a risk."

But as a prominent plastic surgeon practising in Alberta says, "I don't know why we expect the system to regulate pilots and not physicians. A licence alone is not enough. When we board an airplane, we are not expected as passengers to stop and check the pilot's credentials. That is done for us by the system. We know that the pilot is trained and accredited for that 747 - and not just a 727 or even a Cessna.

"Why do we put the onus on the patient and ask them to be 'buyer beware' and make them responsible for checking out doctors' credentials?"

And that's the rub about the discipline hearing at the College of Physicians and Surgeons of Ontario this week: It may be that the college here is cracking down on a doctor who allegedly isn't up to snuff, but to move from the specific to the general, the college needs to do more than move against individual physicians who aren't qualified, haven't trained as surgeons or have screwed up.

It needs to clean the cosmetic surgical house, period, from advertising to clinics to the doctors working in them; there have been plenty of warnings before Krista Stryland.

Dr. Mulholland was an expensive witness, who was handsomely paid, if not by his usual standards, to testify at the college's hearing. He sounded cocky to be sure, but also terribly vigilant about his patients and uber-responsible.

I can't imagine ever wanting liposuction or, my taxi driver's and reader's remarks aside, any other cosmetic procedure. But if I did, I'd sure haul my saggy arse to the likes of Dr. Mulholland or someone as well-trained as he is. Ms. Stryland didn't have the benefit of his frank testimony, and she paid for it with her life. 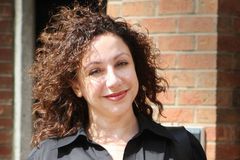 Complaint against liposuction doctor was a perceptive warning
July 13, 2010

Teens undergo cosmetic surgery in record numbers
June 18, 2010
Follow us on Twitter @globeandmail Opens in a new window
Report an error Editorial code of conduct
Due to technical reasons, we have temporarily removed commenting from our articles. We hope to have this fixed soon. Thank you for your patience. If you are looking to give feedback on our new site, please send it along to feedback@globeandmail.com. If you want to write a letter to the editor, please forward to letters@globeandmail.com.
Comments are closed