Christmas begins with the birth of Jesus, but Dec. 25 wasn't officially designated as the Nativity until the 4th century – the early Christians deliberately appropriated a holiday devoted to the sun-god, Mithras, part of the Roman winter-solstice celebrations. Actual details about the birth of Christ were scant, since he was born in obscurity, and much of the narrative depends more on early biblical prophecies and later artistic and theological licence than exact historic knowledge.

The story gets short shrift in the Bible itself – only gospel authors Matthew and Luke, writing many years later, mention the Nativity, and their brief stories differ widely. Luke describes a down-to-earth version, with adoring shepherds and a more humble manger setting. Matthew's story, illustrated here in an elaborate 15th-century Italian painting by Gentile da Fabriano, depicts the gift-giving Magi, "wise men" from the East who follow a guiding star to Christ's birthplace in Bethlehem/

The Star of Bethlehem

According to Matthew's account, the Magi (plural of Magus, a learned court astrologer), followed a star that directed them to the newborn king of the Jews. This guiding light, which might be useful in dating the Nativity, has never been identified: Comets, supernovas and planetary conjunctions have all been considered as possibilities, but a moving star that hovers over the birthplace belongs more to the world of the miraculous. The Magi's journey, Matthew says, took them by way of King Herod, the local ruler based in Jerusalem, which establishes an approximate date for the birth of Jesus.

Herod died around 4 BC, so it's assumed from this account that Jesus was born earlier, possibly as early as 6 or 7 BC (since the nervous Herod supposedly ordered the slaughter of all male children two years of age and under). Luke's account wrongly associates the birth with a Roman census that can be placed in 6 AD, requiring citizens to return to their ancestral home – and forcing the heavily pregnant Mary to travel cross-country to a crowded town where "there was no room at the inn." Historians say Luke was simply trying to solve the problem of how Jesus of Nazareth came to be born in Bethlehem as prophecies required.

Mary and the virgin birth

Mary was an unmarried pregnant teenager betrothed to the much older Joseph, who is usually described as a carpenter – their son later went into the family business. According to Matthew's narrative, they hadn't slept together, which caused some problems in the relationship. Fortunately an angel appears to Joseph before he can do anything rash and tells him that God is responsible for the pregnancy. This establishes Jesus's holy lineage effectively, and fits a pattern of miraculous births common to the early life histories of great leaders.

It also neatly fits a prediction of a divine virgin birth made by the prophet Isaiah, which Matthew quotes (though some translators suggest that "virgin" here simply means young girl, a teenager). Scornful rivals of the early Christians, just to be nasty, crafted gossipy stories that Mary was in fact impregnated by a Roman soldier. Some modern Christian scholars take pride in Jesus's illegitimacy, using it as evidence of his humble universality. The virgin birth for them becomes part of a deliberate theological plot over the ages to separate pure divinity from human sexuality.

In his new book, Jesus of Nazareth: The Infancy Narratives, Pope Benedict XVI makes a point of saying that the placid ox and donkey sweetly depicted here, peering out of their cave-stable, never actually made it to Jesus's birth. He regards their presence in the nativity-scene lineup as an embellishment added from hints in the Hebrew Bible. Neither Matthew nor Luke specifically mention them, it's true. The Magi, according to Matthew, encounter Mary and her child in a house that seems to be animal-free. Luke's more rustic account has angel-sent shepherds turning up at the manger – the animal feeding-trough, also glimpsed here – where the newborn baby has to rest his head because there is no free bed in busy Bethlehem.

Not to be impious, but the Pope seems to be over-literal in his historicity. If we can accept a stable as a birthplace (many scholars think it unlikely, but it at least fits with Luke's account of the Holy Family's humility), then animals can't be far away. The shepherds' bleating sheep often find their way into paintings, crèches and Christmas pageants, and rightly so – children identify with cute animals, even if serious theologians think them sentimental. Scholars of the early Christian period note that many families lived in close proximity to their animals, which adds some earthy reality to the domestic scene. As a place for childbirth, of course, it's far from perfect.

The crowns on the head of the three Magi suggest that they are foreign kings, and not simply scholarly star-gazers linked to the Zoroastrian priestly tradition – an assumption confirmed by their brocaded garments and elaborate retinue of horsemen and exotic animals. Both in art and later religious narratives, the brief story offered by Matthew of the wise men who arrived from the East became elaborated into the kind of lavish fantasy beautifully shown in the crowded extravagance of Gentile da Fabriano's painting.

The Magi became characters in themselves, and are given the names of Balthasar, Melchior, Caspar (often depicted as black-skinned) – their relics supposedly rest in Cologne Cathedral. Storytelling apart, the Magi have an important role in the Biblical narrative: As exotic Gentiles, or non-Jews, they represent the extension of the baby Jesus's mission into the wider world. And as wealthy men going well out of their way to offer a peasant baby expensive gifts, they symbolize the levelling power of the humble Christ-child.

The gifts of the Magi

The Magi, almost as if they were trying to establish a Christmas tradition, offer precious presents to the newborn child, described by Matthew as gold, frankincense and myrrh. This itemization of gifts, strangely enough, was later used to set the number of Magi at exactly three, a number not found in the Bible but essential to carols such as We Three Kings. Gold was gold, expensive in itself – you can see Mary's midwives admiring the gold offering to her left. Frankincense, derived from tree sap in the Middle East, produces the fragrant holy smoke of traditional religious services. Myrrh is another aromatic resin, often used to perfume dead bodies – a detail in Matthew's birth narrative that some scholars believe deliberately foreshadows the death of Jesus.

The painting and its patron

The contented but strangely distracted face staring out at us from Gentile da Fabriano's painting belongs to Palla Strozzi, a wealthy Florentine banker who commissioned this fanciful altarpiece for his family's chapel in the church of Santa Trinita – he also appears in a painting by Fra Angelico holding the nails removed from Christ's body after the crucifixion. Strozzi was the richest man in Florence but more interested in scholarship and the arts. He commissioned this Adoration of the Magi from Gentile in 1420, and it was installed in the chapel in 1423 – it now hangs in Florence's Uffizi museum.

Like many rich Florentines, he revelled in his wealth and the beautiful creations it could buy, an attitude to extravagance that hardly fits the more humble world view of Jesus and his earthly mission. Paintings of the Magi dealt with this conundrum perfectly: They allowed a flattering depiction of the patron's world in all its sumptuous finery, using a story that was appreciative of extravagance but also guilt-free. In the end, all that money is serving faith and adoration.

Almost hidden at the bottom of the altarpiece, positioned at peasant level if you like, is the simpler alternate version of the story. There are no Magi, no gifts, no crowds of rich and exotic hangers-on. This is the bare-bones depiction of Luke's narrative, a poor family making the best of hard times, left to their own devices with faith in their fate. In the distance, an angel gives the astonished shepherds the good news of the baby's birth, and soon they will join in with their adoration. 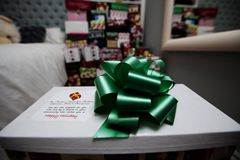 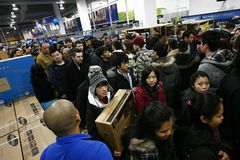 Holiday songs and a warming planet: Time to ditch the one-horse sleigh
December 23, 2012 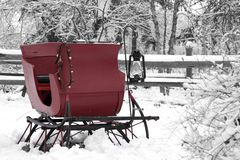 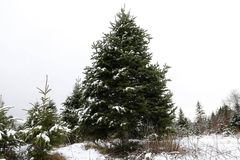 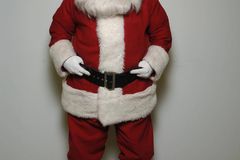