On a Friday morning in December, 2013, Kathleen Wynne arrived at Cisco Canada's Bay Street offices with an early Christmas gift.

The Ontario government would give the technology giant $220-million. In exchange, Cisco – which posted $7.9-billion in profits last year – would hire up to 1,700 more people in the province.

"My vision for Ontario is that it's a place where government makes smart, forward-looking investments," the beaming Premier told assembled reporters. "This is the largest job-creating investment that we've seen in our technology sector."

The province is betting heavily on such corporate subsidies as it struggles to rev up a sluggish economy and win a global competition to attract capital. Every year, it doles out hundreds of millions to everyone from auto manufacturers to craft brewers. In the coming days, the government will unveil details of the new Jobs and Prosperity Fund, rolling all existing corporate handouts into one $2.5-billion program.

But economists warn it is not clear the province does the rigorous analysis necessary to see if those subsidies are working. What is more, one internal government report suggests neither officials nor companies receiving the money know if the handouts actually create jobs.

It all raises tough questions about whether corporate subsidies help the economy at all or are simply a waste of tax dollars.

Some Ontario subsidies are big, one-off deals: $120-million to software company Open Text; $87-million to Honda. Others are more systemic, handed out through the Eastern Ontario and Southwest Ontario regional development funds. These include everything from $1-million for Montebello Packaging in Hawkesbury to $122,630 for Railway City Brewing in St. Thomas.

Each deal sets targets for the number of people a company must hire, and the amount of money it will spend. If the company does not meet those targets, the government can take back its cash. To measure the economic spinoff, the province uses Statistics Canada's Inter-Provincial Input-Output Model, which shows the effects of the cash infusion on the economy.

Experts say this is not enough.

For one, it does not show whether the jobs Ontario pays companies to create are really new or if they displace jobs that would have been created without the subsidy. Consider the Cisco deal. Most of the jobs will be in Ottawa's information and communications technology industry, where the unemployment rate is just 3 per cent. Western University economist Mike Moffatt says that rather than creating new jobs, Cisco will be hiring people who otherwise would have worked for other high-tech firms.

"They automatically assume the people that get hired wouldn't have had jobs otherwise," he says.

The province should also factor in opportunity cost – whether those dollars would provide a greater economic boost if spent on, say, building roads or schools instead of subsidies.

"Even if there is a net benefit to a subsidy, you've then got to say, 'Okay, is there another use for that money that gives an even higher net benefit?" University of Ottawa economist Leslie Shiell says.

At the very least, he contends, government must weigh the benefit of a subsidy against the economic drag of the taxes that pay for it.

If the government considers these things, it is hard to know. The province does not disclose full details of its economic modelling for individual deals, saying the information is "commercially sensitive."

That said, there is evidence some subsidies work.

A 2004 study by economists at the Massachusetts Institute of Technology looked at 82 counties in the United States that subsidized new factories. The counties had a 1.5-per-cent bump in wages and a hike in real estate prices of between 1.1 and 1.7 per cent compared with counties that tried to attract the same factories but lost out.

An analysis Mr. Shiell co-wrote concluded Canada's 2009 bailout of the auto sector was warranted because the economic cost of Chrysler and GM leaving the country would have been greater than the cost of shoring them up. The study calculated that allowing them to leave would have taken $230-billion out of the country's gross domestic product by 2025, many times the $14.4-billion the federal and Ontario governments paid for the bailout. Part of the reason for this is that manufacturing has a high productivity level. So even if all those auto jobs had been replaced by, say, service industry work, there likely would still have been a permanent cut to GDP.

Most importantly, such studies show there are ways to model corporate subsidy deals to decide which are worth it and which are not.

"If all it cost us was five cents to have these companies in Canada, we would do it," Mr. Schiell says. "So there's got to be some value in between five cents and infinity that is the turning point at which subsidizing becomes a bad idea."

With a high-voltage smile and gregarious personality, Brad Duguid is a consummate salesman. And with jurisdictions around the world opening their treasuries to lure corporations, Ontario's Economic Development Minister says he sometimes has to sweeten the pot to sell firms on his province.

"It's about competition – you're either in the game or you're not," he says in an interview at his office near Queen's Park. "All jurisdictions that are courting investment aggressively are offering some form of incentive."

Mr. Duguid says he turns down more subsidy applications than he approves. This past fall, for instance, the province allowed Ford to walk away from negotiations on a small engine plant in Windsor after determining the auto maker's requests for government cash were too large compared with the benefit of the plant.

But the province's concern for the economic complexities of subsidies appears to go only so far. Asked about the criticisms of the Cisco deal, Mr. Duguid goes back to his original point.

"The jobs were going to go somewhere in the world. We wanted them here," he replies.

How does he know those jobs would not have been created anyway by another company?

A KPMG audit commissioned by the province last year found the government is good at tracking individual figures, such as how much money companies spend and how many people they hire. But that same audit suggests the province does not actually know how much subsidies contribute to the economy.

KPMG, which interviewed civil servants and corporations that received money under the regional development programs, wrote that many of these people could not say how much the subsidies are attracting business investment and creating jobs – or if those things would simply happen on their own.

"It was difficult for most interviewees to definitively determine the impact of the funds on job creation, investment attraction and innovation separate from the effects of other business activities and market issues," the report says.

Ontario is far from alone in navigating these tensions.

Former Nova Scotia premier Darrell Dexter – who famously gave $304-million in forgivable loans to bring an Irving ship-building contract to Halifax – characterizes subsidies as a necessary evil. Running a small province with declining industries and stiff competition from nearby Quebec, he suggests there was not much choice.

"I don't know any political people who, given their druthers, would like to give subsidies. Most would prefer that companies did business in their province for other reasons: a good work force, centres of excellence, natural-resource availability," he says. "But those things are available in a lot of different places."

Alberta has also used the practice. In 2011, the government struck a deal to help North West Upgrading build a facility near Edmonton. The province agreed to pay a fee to turn government-owned bitumen into diesel. Two years later, the government also provide the project with a $300-million loan.

Then-cabinet minister Ted Morton says he fought the deal behind the scenes. If a project is really viable, he contends, the private sector can make it work without government help. But there was pressure from the public and opposition parties to upgrade more oil in Alberta rather than shipping it to foreign refineries. Mr. Morton says those political considerations trumped his economic arguments.

"If it takes more than a page to explain something, it's not likely to be a political winner," he says. "That's true not only in elections, but even inside caucus and cabinet."

One is to construct a more thorough economic model by which all proposed subsidy deals must be tested – perhaps as part of the new Jobs and Prosperity Fund. Such a model would determine whether a subsidy creates new jobs or displaces others that would have been created anyway. It would also account for such variables as different productivity levels of different types of work, and the effects of taxes needed to finance the subsidy.

Another option is for government to focus on larger programs that help all companies rather than giving cash to a select few. This could include building infrastructure, or providing more business advisory services on everything from marketing to management.

"You provide a subsidy to a local industry or community association and that association runs seminars and peer-to-peer networks for firms in their community," University of Toronto economist David Wolfe says. "There is a whole continuum of things government can do."

Mr. Shiell suggests a third possibility, albeit one a little longer-term: Get every jurisdiction in North America, perhaps as part of a trade treaty, to agree to stop handing out corporate subsidies.

"Would we not be better to have a standstill treaty with other jurisdictions, and firms will locate based on economic fundamentals?" he says. "That's money that could be used for health care; it could be used for education. I really question whether spending it on businesses is the right way to go." 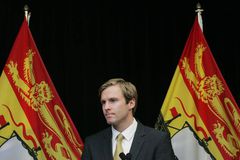 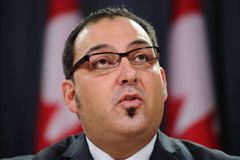