Any non-profit organization that is launching a capital campaign needs clear policies about how it will recognize donors and what it will do if donors fail to pay pledges, says the head of the national association for Canada's philanthropic sector.

"It's incumbent on organizations before they embark on this kind of hugely visible campaign to have done their homework," said Bruce MacDonald, chief executive officer of Imagine Canada, which acts as a service organization and advocate for charities.

Mr. MacDonald was reacting to a Globe and Mail investigation that showed the Royal Ontario Museum is still owed $23-million in unpaid pledges left over from its 2003-2010 capital campaign to renovate its historic building and erect the Michael Lee-Chin Crystal on Toronto's Bloor Street.

The Globe investigation named three donors: Shreyas Ajmera, who only made a significant contribution toward his $5-million pledge after phone calls from a Globe reporter; Alex Shnaider, who told The Globe through a lawyer that his 2007-08 $5-million pledge was contingent on the success of his investment in the Trump International Hotel and Tower in Toronto, and that he still hoped to pay it, and Michael Lee-Chin, who has more than $10-million left to pay on a $30-million pledge he made in 2003. The ROM, which owes the Ontario government $33-million in loans for the project, has incurred penalties for missed loan payments and has had to pay more interest than expected because of the partly fulfilled pledges.

Mr. MacDonald said, in his experience in the sector, unfulfilled pledges were very rare: "I have not come across this; I have not heard of this in the past," he said.

The ROM did establish policies governing these issues in 2013, when it joined a newly created Imagine Canada program that stipulates all accredited organizations have clear fundraising policies. The standards program, which currently recognizes 130 organizations and has another 130 applications pending, gives accreditation to charities and non-profits if they follow a set of guidelines in the areas of governance, financial accountability, fundraising, staff management and volunteer involvement. The program's current members include numerous hospital foundations, health and development charities and local branches of the United Way, but fewer arts organizations. The ROM, however, was one of the first Canadian institutions to join the program after it started in 2012, replacing Imagine Canada's previous and more narrow policy on ethical fundraising.

The program spells out in detail fundraising policies that apply to the collection of money from the public, including a ban on selling mailing lists and the duty to both correctly represent the charity's activities and to be sensitive to how recipients of charity are depicted in fundraising material. However, when it comes to publicizing donors' pledges or gifts, Imagine Canada only requires that the accredited groups have their own policy in place.

"We don't drill down and say on that policy you need this kind of language," Mr. MacDonald said, explaining that Imagine Canada has to accommodate the needs of a huge range of charitable activities and different sizes of organizations.

The ROM's 2013 policy requires that a donor have paid one quarter of a pledge before any space is named. The Globe investigation revealed that one gallery at the ROM was only brought into compliance with that policy this year, after Mr. Ajmera belatedly made a significant contribution toward a 2006 pledge of $5-million following phone calls from Globe and Mail reporter Greg McArthur. Sources had told The Globe that previously Mr. Ajmera had given no more than a small portion of the pledge that had been recognized since 2008 with the Shreyas and Mina Ajmera Gallery of Africa, The Americas, and Asia-Pacific.

The ROM's policy also requires some consistency in the size of gifts that can be recognized with naming rights – that is, one donor can't get a gallery named for $1-million when another is asked to pay $10-million.

"It's good news that an organization like the ROM has registered for the standards program," Mr. MacDonald said. "It's a good sign charities realize that being open and transparent is important." 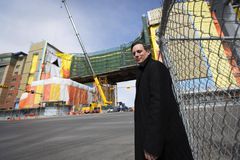 How one Toronto company landed an architectural job in Mumbai
March 29, 2015 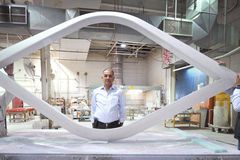