Police have blamed "driver error" by the person at the wheel of a van full of migrant farm workers for a catastrophic crash that left 11 people dead.

Investigators concluded that the driver, David Armando Blancas Hernandez, who did not have a proper license to operate the vehicle, failed to stop at a stop sign on a rural road near Stratford, Ont. He was among the dead after an approaching transport truck slammed into their vehicle.

Chris Fulton, the truck driver, was also killed, along with 10 of the 13 people aboard the van.

The Ontario government announced on Wednesday that it will cover medical costs for the three survivors. The WSIB will pay the tab, said Health Minister Deb Matthews, because the men are not eligible for OHIP.

Temporary foreign workers who hold a valid work permit may be eligible for OHIP coverage, according to the Health Ministry's website, and Ms. Matthews told reporters it was not clear at this point why these individuals are not covered.

The accident has brought attention to the thousands of foreign labourers who work in Canada, most performing jobs that citizens are unwilling to do.

Many of the victims from Monday's crash lived in a three-storey walk-up apartment building in a working class part of Kitchener.

Residents remembered them as friendly men who worked hard, some of them overnight, and talked often about the families and children back home they were supporting. When they weren't working, they liked to play soccer or go dancing. White vans arrived twice a day to pick them up from the street outside the building.

The girlfriend of one labourer took issue with the label "migrant worker," fearing it lessens the deaths of the men.

"You don't realize how hard these guys work," she said. "They're not migrant workers, they're great men."

Neighbour John Toronchuk agreed. "They were such good workers, they're going to be missed," he said.

The collision took place in the small hamlet of Hampstead, Ont., northeast of Stratford, after the farm workers had finished a long day's vaccinating chicken and boarded two vans.

Just a few hundred metres from the Hampstead Poultry farm, one 15-seat van rolled into an intersection and into the path of an oncoming truck driven by Mr. Fulton, a London resident. His southbound truck faced no stop sign, police said.

"This crash did not have to happen. These lives did not need to be lost," said OPP Chief Superintendent John Cain at a Wednesday news conference. He said police have determined the cause was "driver error" and "failure to follow the rules of the road."

Details continued to emerge Wednesday about the men who died.

Like eight of the other victims, the van driver, Mr. Blancas, was from Peru. He had lived in North America for several years but missed his family and had planned on returning home in April, his sons told the Lima paper La Republica.

Another victim, former professional soccer player Enrique Arturo Arenaza Leon, had a close brush with death 24 years ago. He overslept and missed his team's chartered flight in December, 1987, which later crashed into the Pacific Ocean, killing 44 crew and members of the Alianza Lima club.

Stunned by this event, Mr. Arenaza eventually went to Canada to find a better future for his wife and four children, the Peruvian media reported. The 47-year-old built a social network among other migrant workers, a group he called "my family in Canada."

Another victim, Elvio Suncion Bravo, had five young children. His Facebook page features a photo of him smiling at an airport luggage carousel, a tuque on his head. "Coming to Toronto, hot enough, hahaha," the caption said.

Three surviving Peruvian workers were in fair to critical condition in hospital.

Investigators were still probing the crash and planned to analyze the event data recorder on the truck and look at the possibility of driver fatigue.

The force of the crash sent the van flying across a lawn; it smashed into the side of a blue, clapboard farmhouse. The truck skidded across the grass, tearing up chunks of earth, coming to rest on its side. Its side shorn off, the van spilled debris onto the ground.

Stratford resident Rick Sherwood was heading south and was cresting a hill at the intersection just when the crash took place.

He saw Mr. Fulton's truck rolling in a cloud of dust before landing on its roof. He didn't notice the crumpled white van until he got out of his truck to help. He called 911.

Mr. Sherwood, 45, first checked on Mr. Fulton, but he was already dead. He couldn't reach the van's driver or the person behind him. He checked the others for signs of life. Two men were alive in the back, one who had been sitting on the right side, the other on the left.

A third survivor was on the right-hand side, against the side doors. Some of the survivors were able to speak, but mostly in Spanish. Nobody was ejected from the van, Mr. Sherwood said. 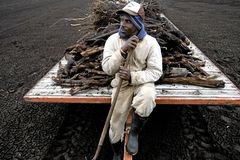 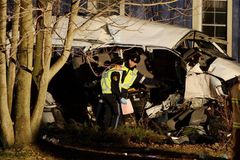 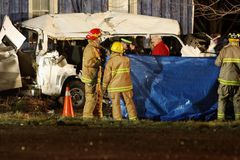 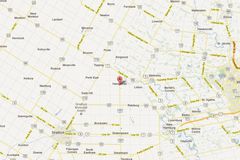 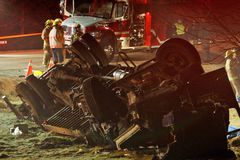 Follow Colin Freeze, Adrian Morrow, Tu Thanh Ha, Oliver Moore on Twitter @colinfreeze @adrianmorrow @TuThanhHa @moore_oliver
Report an error Editorial code of conduct
Due to technical reasons, we have temporarily removed commenting from our articles. We hope to have this fixed soon. Thank you for your patience. If you are looking to give feedback on our new site, please send it along to feedback@globeandmail.com. If you want to write a letter to the editor, please forward to letters@globeandmail.com.
Comments