A new drop-in after-hours counselling clinic for college and university students in London, Ont., could become a model of how postsecondary institutions can team up with community groups to expand mental-health services with limited funding.

The temporary centre opened in mid-November and will run until Dec. 14, operating three days a week between 5 and 9 p.m., on the campus of the University of Western Ontario, with affiliated clinics at Fanshawe College and King's University set to open later. Counselling is available through other campus services during the day, but because the clinic is offered through the Canadian Mental Health Association (CMHA), it offers later hours and a guarantee that students will be able to see someone on the spot.

"We don't want students to walk away without getting support," said Lori Hassall, the director of crisis programs at the CMHA Middlesex branch. CMHA counsellors are staffing the clinic, which is funded through a three-year grant from the London Community Foundation.

The new on-campus clinic follows the suicide of two students in the 2015-16 academic year.

"That hit campus very, very hard," said Mac McIntosh, the student programs officer for Western's student union. "It was very difficult for students to see that happen and also to see it happen to two students who were so involved and were so positive in their day to day life. … It shows that many students are suffering in silence."

Providing additional counselling during exams recognizes the range of stresses with which students cope. "Exam periods are layered on top of having to make their rent payments, and also get their groceries paid for, and students may need to drop a course, or are thinking about what to do after fourth year," Mr. McIntosh said.

Rates of depression, anxiety and suicidal thoughts are rising among college and university populations in recent years, with 46 per cent of students in a national health survey reporting that depression in the previous year interfered with their ability to function.

Experts say the increase is due to more people seeking help as stigma over mental health is reduced, but is also evidence that young people face more stresses. When CMHA opened a drop-in clinic in London in 2016, staff were surprised how many youth walked through its doors.

"We had 8,000 visits and [about] 35 per cent of visits were youth between 16 and 24," Ms. Hassall. "If you asked us 10 years ago, the number of youth that were accessing services through CMHA would have probably been around 5 per cent."

The drop-in clinic is one such model. It was piloted on the Western campus last year and quickly demonstrated its value.

"We saw students who had supports in the past and weren't doing well, but also students who had never visited anyone and this was the first time they had reached out," said Cynthia Gibney, the director of health services at Western.

This November, the university has reported two other sudden student deaths. While the causes have not been made public, the student union is now discussing what the best measures may be to ensure that students' mental health is supported year-round.

Combatting student perceptions that there is nowhere to turn, or that they will have to wait a long time for help, is part of the solution, Mr. McIntosh said. "It's not terrible wait times – it's that students don't feel the services are as accessible as they could be. … Sometimes when someone is in crisis they need that support the day of," he said.

Faculty and staff have also been asked to help by knowing what services are available on campus. A new mental-health strategic plan that will be released next term will further emphasize communication with the university community, as well as sections on promoting resilience, access to services and aligning curriculum to support mental health.

"We all need to carry on this work, whether you are a receptionist in the library, or a faculty member, or somebody in support services," Ms. Gibney said. "We are not asking anyone who is not a professional counsellor to take on any more other than to direct students where to go."

Students who need to access help immediately can call Good2Talk, a 24-hour helpline for postsecondary students at 1-866-925-5454.

For some students, the transition to university can be hard on mental health
August 16, 2017 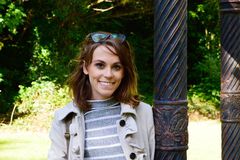 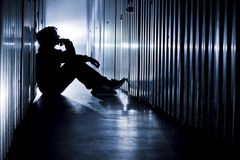 Facebook to expand artificial-intelligence use to help prevent suicide
November 28, 2017
Follow Simona Chiose on Twitter @srchiose
Report an error Editorial code of conduct
Due to technical reasons, we have temporarily removed commenting from our articles. We hope to have this fixed soon. Thank you for your patience. If you are looking to give feedback on our new site, please send it along to feedback@globeandmail.com. If you want to write a letter to the editor, please forward to letters@globeandmail.com.
Comments