The father of a three-year-old Syrian boy whose body washed up on a Turkish beach has told a German newspaper that he blames Canadian authorities for the tragedy that also killed his wife and another son.

Abdullah Kurdi told Die Welt that he does not understand why Canada rejected his application for asylum, although Citizenship and Immigration Canada received no such application from the man.

"I wanted to move (to Canada) with my family and with my brother who is currently in Germany," Kurdi told Die Welt in a telephone interview. "But they denied us permission and I don't know why."

When Die Welt asked Kurdi whether he blamed anyone for the tragedy, he responded: "Yes, the authorities in Canada, which rejected my application for asylum, even though there were five families who were willing to support us financially."

Citizenship and Immigration received an application for Kurdi's brother, Mohammed, but said it was incomplete and did not meet regulatory requirements for proof of refugee status recognition.

Kurdi's sister, Tima, who lives in Coquitlam, B.C., has said that she only submitted an application for Mohammed. She intended to sponsor him, and subsequently to apply to sponsor Abdullah Kurdi and his young family as well.

In the meantime, she said, she also sent Abdullah Kurdi money to pay for the perilous maritime journey from Turkey to Greece.

Although no official application was made for Abdullah, Tima Kurdi said his plight was brought to the attention of Immigration Minister Chris Alexander when her local NDP MP handed over a letter to him in the House of Commons earlier this year.

The fact that the Kurdis encountered red tape in their attempts to come to Canada has shone an international spotlight on the country.

Last week, as the world's media relayed images of the lifeless boy, many outlets on different continents noted the Canadian connection to the tragic story.

A headline across Italy's La Repubblica website quoted Abdullah Kurdi as saying: "I don't want asylum in Canada anymore — I'll take my son back to Kobani."

Abdullah Kurdi said he had been working in Turkey for two years when the bombs began to rain down on his hometown of Kobani, where his wife and two sons were still living.

"I brought them to Turkey and that is where my tragedy began," he told Die Welt.

The Kurdi boys — Alan, 3, and five-year-old Ghalib — and their mother were among at least 12 migrants, including five children, who drowned Sept. 2 when two boats carrying them to the Greek island of Kos capsized.

The grieving father said he paid smugglers 4,000 euros for the deadly voyage — the money his sister sent to him from Canada.

The heartbreaking photo of a drowned Alan — wearing a bright-red T-shirt and blue shorts — has put a heartbreaking human face to the humanitarian crisis, both globally and in Canada.

In Canada, mayors, premiers and private citizens alike have rallied to the cause and urged the federal government to welcome more Syrian refugees. The crisis has also become one of the dominant issues in the ongoing federal election campaign, with opposition parties pressuring Prime Minister Stephen Harper to expedite the process for refugee resettlement.

On Thursday, it appeared the growing chorus of Canadians and provincial and local politicians willing to open their pocketbooks and homes could be prompting the government to make a move.

"We will move forward with some plans on that in the very near future," Harper said at a rally in Prince Edward Island when asked what specific measures were being taken to get people moving.

"Let me assure you that the position of this government has been we have been the world leader in refugee resettlement and we intend to do that in a responsible way, a responsible and affordable way for Canadians."

After the tragedy, Kurdi returned to Syria to bury his family, saying he no longer wanted to come to Canada. He said although many friends and family are by his side, he feels alone.

"Every morning I go to their graves, I put flowers, I talk to them as if they were still alive," he told Die Welt.

Kurdi said he hopes his children did not die for nothing.

"Everyone should watch (Alan's photo) because I believe that thanks to this photo my sons were able to help other children of Syria." 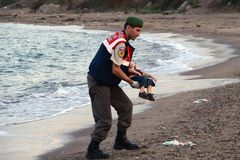 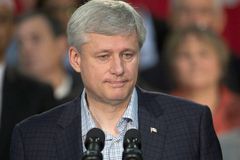