Normally at this time of year, Steve Smith's apple orchards would be awash in pink and white blossoms. But this spring, an unseasonably warm March followed by a series of freezing snaps have wiped out his entire crop.

"There's nothing – not one blossom," says Mr. Smith, owner of Smiths' Apples and Farm Market in Port Elgin, Ont. Last year, his small farm, which generally does brisk business in pick-your-own apples, produced around 82,000 kilograms of apples. This year, he says he won't likely produce a single apple. To mitigate his losses, he plans to put a greater emphasis on the farm's other attractions, such as its corn maze, and sell the remaining frozen pies and apple crisps he's stocked in his freezers.

"I'll tell you, I've never seen anything like this," he says.

Extreme weather over the past few months has had a devastating impact on fruit growers throughout Ontario, Quebec, and northeastern United States. Unusually warm temperatures in March coaxed fruit trees out of their winter dormancy early. Subsequent deep frosts, occurring as recently as late April, damaged the blossoms, crippling their ability to pollinate. In Ontario, the fruit industry is expecting to record tens of millions of dollars in losses, according to early estimates.

Apples, cherries and plums have been hardest hit. In the Georgian Bay area, from Owen Sound to Collingwood , one of the largest apple-growing areas in Ontario that produces about 25 per cent of the province's apples, growers have lost 80 per cent of their crop, says Brian Gilroy, chairman of the Ontario Apple Growers, which represents growers throughout the province. Some individual growers have been completely wiped out.

Ontario produces around 40 per cent of Canadian apples, and the farm gate value of the province's apples is about $60-million a year. Based on the crop damage in the Owen Sound to Collingwood area alone, the provincial apple industry has lost at least $12-million so far. Further damage has yet to be determined, as trees in other areas of the province are still blossoming, and growers won't know for certain how much fruit they'll produce until after they bloom.

Roughly 2,800 people are employed in the province's apple orchards, 2,300 of whom are foreign workers hired during the growing season. With little fruit to tend to, many of those jobs could be cut, and the crop losses could affect countless others.

Taking into account all of the industries that rely on the province's apples, including packagers, processors and bakers, the total value of the Ontario apple industry is estimated to be around $300-million to $400-million, says associate professor John Cline of the University of Guelph's Department of Plant Agriculture, who specializes in pomology.

"It keeps a lot of people in business, other than just apple growers," Dr. Cline says. "They could be quite dramatically affected."

Phil Tregunno, chairman of the Ontario Tender Fruit Producers Marketing Board, which represents producers of tender fruit, including peaches, nectarines, plums, prunes pears and cherries, says the province's crop of plums and sour cherries has been almost entirely destroyed. About 30 per cent of peaches and nectarines have also been affected. That damage translates to roughly $24-million in losses for the board's members, some of whom, Mr. Tregunno says, the board is helping to access government agricultural stability and recovery programs.

"We don't want to scare the consumers into believing that we don't have anything," he says, noting he's concerned that retailers may make arrangements with producers in the U.S. or elsewhere. "Obviously, we still want people to buy local and use the crop that is there."

This summer and fall, consumers will likely see a shortage of popular apple varieties, such as McIntosh, Spartan and Crispin, in their grocery stores. In their place, aisles may be stocked with a greater volume of fruit from Washington State, B.C., and China.

Brian Gilroy of the apple growers organization says he expects to have a more accurate assessment of the value of the losses by early June when his member growers are scheduled to meet. But, he notes, "It's huge.... The spin-off loss to the associated supply companies and the packing plants and the storage facilities will be huge as well."

The ripple effect is far reaching. Retailers, restaurants, jam producers and bakers will likely be forced to source much of their apples, plums and cherries elsewhere. And with the plunge in supply, prices are expected to rise, which means consumers will be expected to pay more too.

For Ontario local food advocates, it's a reminder of how closely the food supply is connected with the land.

"We're terrible in our society because everything we want, we get right away," says Donna Dooher, executive chef and co-owner of Mildred's Temple Kitchen in Toronto.

Ms. Dooher, who is also chairwoman of the Canadian Restaurant and Foodservices Association, anticipates she'll have to change her restaurant's menu to reflect what's available later this year. That may mean using other locally grown ingredients that haven't been affected by the weather and preserves. Her aim is to create a seasonal menu without having to raise prices.

Disastrous growing seasons such as this, "make you stop a little bit and appreciate a little bit more," she says. "I think we all could do some of that. Maybe eat a little bit less."

But the misfortune of some growers may yet turn out to be a boon to others. In B.C., for instance, fruit growers have so far had favourable weather conditions this year.

"One thing that apple and cherry growers don't do is...count their eggs before they hatch," says Glen Lucas, general manager of the BC Fruit Growers' Association. But, he says, "If we get through the season normally and our volumes are normal, then prices would be expected to be higher...and there will be more demand."

Why protecting dairy, poultry farmers is no sacred cow for Harper
May 3, 2018
How the right soil makes your vegetables tastier
April 30, 2018 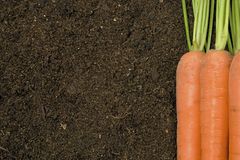 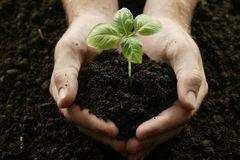 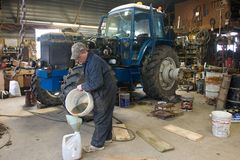