Over the last year, much has been written about the future of the university, particularly concerning jobs, tuition rates and funding. Even as enrolment numbers continue to climb and post-graduation employment rates are still strong, universities have been criticized for their lack of direct focus on job preparation and the cost of a university education. At the same time, mounting budgetary constraints have resulted in the need for universities (like so many other sectors of society) to do more with less while meeting increasing accountability expectations.

At spring convocation this past week I had the pleasure of meeting with many graduates and their families. Inevitably the topic of employment would come up. I was surprised by how many students said they needed a break after four or five years of schooling and had decided to travel for a few months before getting serious about a job search. Others told me with pride about the great job offers they had accepted – ones they felt sure would launch their careers. Typically these were the students who I knew by name because of their involvement in various leadership roles during their schooling. Some also told me about a job they had reluctantly accepted; it wasn't quite what they had been hoping for but it was a start. To these students, I applauded their decision and encouraged them to bring the best of themselves to work every day, to keep learning and trust that what they could accomplish would ultimately set them apart and provide new opportunities.

Much angst has been expressed about university graduates working at "McJobs." My view is that one could do worse than work for McDonald's. McDonald's of Canada has been repeatedly recognized as a "Top 50" employer, acknowledged for its commitment to training and development, to turning "jobs into careers," and for supporting the advancement of women. In fact, the majority of McDonald's senior leaders began as crew members. Opportunity, as is said, is often in the eye of the beholder.

What clearly is at play here is a combination of factors, including a struggling and changing economy, the varied expectations of recent graduates, and the differences in what students learned and the extent to which they applied themselves while in university.

Economic uncertainty has not translated into fewer demands for university spots. In fact, demand has grown enormously. Since the 1980s, full-time undergraduate enrolments have more than doubled at Canadian universities (from 338,000 to 755,000), with much of this growth (44 per cent) having occurred in the last 10 years. Even more pronounced, since 2000, graduate enrolments have grown by as much as 80 per cent. Today, over 1,000,000 Canadians are pursuing an undergraduate education, while almost 200,000 are pursuing graduate studies.

Much of this growth is being driven by Canada's shift to a knowledge economy as well as by changing demographics – as first the Baby Boomers, then their offspring, the Baby Echo, entered the university system. In the wake of the echo boom is a looming demographic cliff which noted economist David Foot ( http://www.footwork.com/bbe.asp ) predicts will last for the next 15 years or so. It is difficult to know how significant an impact this will have on university enrolments, but it is likely that increasing participation rates, immigration and international student enrolments will ameliorate much of it at universities within large urban centres. Universities in more remote areas, or where demographic declines among school-aged youth are expected to be particularly pronounced, will likely be much more affected.

Another issue is funding, which has not kept pace with costs. Provincial grants (transfers from the provincial governments to each of the universities in their jurisdictions) averaged $10,654/student in 2008/09. Ontario, which is home to 40 per cent of university students in the country, received transfers of just $8,233/student providing it with the dubious distinction of ranking 10 th out of 10 provinces on provincial funding transfers.

Student growth, combined with these financial pressures, has resulted in the need to do more with less, increasing national student to faculty ratios, from an average of 12 to one in the late 1970s (when many parents of today's students were at university), to over 22 to one today (25 to one in Ontario).

Employment challenges – enrolment changes – declining funding. Taken together, these factors suggest that Canadian universities are going to continue to experience significant pressures for change for the foreseeable future.

Many are responding by placing increasing emphasis on applied learning opportunities, including co-op and internship programs, in order to help students gain employment experience and essential skills prior to graduation. At some institutions – including the University of Guelph – programs in business, leadership and entrepreneurship are being made available as an accompaniment to other disciplines (whether engineering, studio art, agriculture or food science), in order to enhance student understanding of organizations, management and new-venture creation.

Faculty also need to develop new ways of teaching and assessing student learning – both online and in the classroom. They need to become skilled at disseminating their research findings in ways that the results can be appreciated by the public at large and applied in useful ways. They need to connect with community leaders and form meaningful partnerships with community-based organizations so that students have interesting projects to work on and the opportunity to hone their skills and build professional networks.

Universities also need skilled administrators and leaders, who typically come from the faculty ranks, who have the requisite skills and insights to help guide their institutions in this challenging time. Recognition of the need to secure, develop and reward faculty who have these skills and abilities may be the most significant paradigm shift to come of all.

Julia Christensen Hughes is dean of the College of Management and Economics at the University of Guelph.

How universities will compete: appeal to elites, move online
May 11, 2018 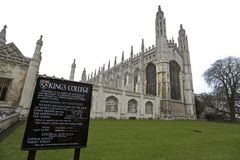 Four eastern universities team up to share resources and ideas
May 11, 2018 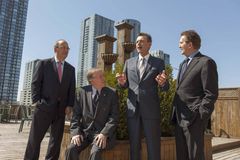 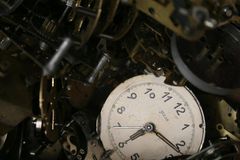 Are our universities ready for a paradigm shift?
May 11, 2018 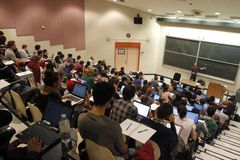