Shawn Graham is used to pleading the case for his work. A professor in the history department at Carleton University, he spends ample time competing for research grants, filling out forms and relying on rhetorical skills he honed as a grad student.

But for his latest project – setting up research fellowships in digital research for his students – he is bypassing the usual expert panels that hold the purse strings and taking his pitch directly to the public via crowdfunding.

"The traditional route has one pot of money that every academic chases. But everybody has five bucks in their pocket for a coffee and a doughnut, and there's 33 million Canadians," Prof. Graham says.

Universities are just starting to experiment with crowdfunding, the popular online appeals for donations to fund everything from writing a book to building a public-access telescope. Perhaps the best known crowdfunding campaign in Canada was the one on Indiegogo.com this summer that raised more than $200,000 to buy an alleged video of Toronto's mayor doing hard drugs (the money was donated to charities when the video's owner disappeared).

Kickstarter.com is another popular crowdfunding site; Hollywood actor Zach Braff used it this year to raise more than $3-million from 46,000 supporters for a vanity film project.

Crowdfunding's obvious power has not gone unnoticed in the ivory tower. The growing competition for constrained higher-education funding combined with a push by universities to publicly demonstrate their relevancy have spurred academics and administrators to explore the crowd's potential for funding research, restocking library shelves or setting up new scholarships.

In February, Carleton took the rare step of launching its own platform, FutureFunder, to seed and promote projects such as Prof. Graham's (he is trying to raise $5,000 that would allow at least one student to learn how to mine data, digitize resources and even build apps).

The site shows early promise: Five of FutureFunder's first 15 projects reached their target, typically $2,500 to $10,000, and more than half of the donors were giving to Carleton for the first time.

"Through crowdfunding, we get to different networks that are outside the traditional Carleton community," says Ryan Davies, the university's director of advancement communications.

Microryza, a San Francisco-based crowdfunding site dedicated to science research, has raised more than $400,000 for more than 50 projects since launching in April, 2012 – an impressive sum but barely a drop in the higher-education funding bucket.

Still, it serves a dual purpose: funding research that would slip through the cracks for lack of support and serving as a farm system for the research big leagues. "Most of these projects are really early-stage research projects where if they get a little bit of data, then they can make future proposals much stronger," co-founder Cindy Wu says.

In an increasingly crowded landscape, Carleton's in-house model has other advantages too. Unlike popular platforms such as Kickstarter, FutureFunder does not charge a commission on funds raised, and it has charitable status that allows donors to receive tax receipts.

But it also has limits, restricting the research that can be funded to projects with a philanthropic aspect, such as a $10,000 campaign to buy a key piece of equipment for studying the importance of music classes on children's social development.

Plus it's hard work: Professors have to continually explain and promote their projects. "It isn't a magic bullet. We've come to that conclusion pretty quickly," Mr. Davies says.

Early crowdfunding successes left some academics with the mistaken notion that if they simply posted their project online, "two days later, the money truck backs up," says Jai Ranganathan, co-founder of U.S.-based SciFund Challenge, which does periodic crowdfunding drives for scientists. As a result, his venture spends most of its time training academics to connect with the public using blogs and social media.

"This is the only way that crowdfunding works for science. It means that scientists do outreach all the time as part of their daily lives," he says. "I think the real power here is to fundamentally reconnect science to the public."

Prof. Graham agrees. In Canada, the major granting agencies, such as the Natural Sciences and Engineering Research Council, with their rigorous peer-review processes, will remain the go-to sources for major academic funding. But crowdfunding could ignite the public's imagination by generating popular buzz around academic ideas.

"Anything that turns the university inside out so that what we're doing becomes more transparent, then it becomes harder, I think, for that ivory tower schtick to stick," Prof. Graham says. 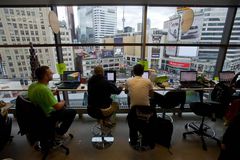 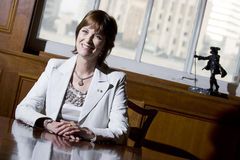 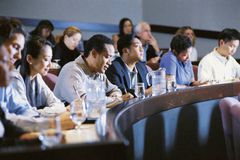