Is the time right for significant change – perhaps even a fundamental paradigm shift within higher education? What would such a shift look like? And to what extent might one already be well underway?

MIT philosopher Thomas Kuhn popularized the concept of "paradigm shift" in his 1962 book, The Structure of Scientific Revolution. Kuhn argued that scientific advancement does not typically happen in an evolutionary manner, but rather via "peaceful interludes punctuated by intellectually violent revolutions" within which "one conceptual world view is replaced by another." Kuhn further observed that "novelty emerges only with difficulty, manifested by resistance ... ."

There is no question that calls for fundamental change within higher education abound. Conferences have been organized, papers have been written and announcements concerning changes that are already in process have been made by everyone from national organizations to provincial associations, to individual institutions.

In fact, in 2011, in honour of the 100 th anniversary of the Association of Universities and Colleges of Canada, incoming board chair and President of the University of British Columbia Stephen Toope announced five commitments on behalf of Canada's universities. These included: "leading a conversation across Canada regarding the entire experience of education"; "enhancing the learning experience of undergraduate, graduate and professional students"; "ensur[ing] that every student is fully equipped to play a role in a larger world and in a very new kind of Canada"; "develop[ing] new knowledge that addresses key problems in a world of increasing complexity"; and " cultivating engagement and partnerships."

I would suggest that these commitments, if fully enacted, would represent a paradigm shift in university education, not necessarily from what the stated purpose of a university education has been, but from how it has been experienced by many students.

Interestingly, the situation we face today is not entirely dissimilar to a crisis in higher education encountered in the United States in the early 1800s. At that time, the economy was shifting from one that had been largely agrarian to one that was industrial. An 1828 report captured the view of Yale faculty on the extent to which fundamental change was felt to be needed almost 200 years ago.

"perhaps the time has come, when we ought to pause, and inquire, whether it will be sufficient to make gradual changes, as heretofore; and whether the whole system is not rather to be broken up, and a better one substituted in its stead. From different quarters, we have heard the suggestion, that our colleges must be new-modelled; that they are not adapted to the spirit and wants of the age; that they will soon be deserted, unless they are better accommodated to the business character of the nation."

In commenting on the economic challenges we are experiencing today, Arthur Levine of the Woodrow Wilson National Fellowship Foundation described the change as a shift from a "national, analogue, industrial economy" to one that is "global, digital and information-based." Furthermore, citing the Yale report, he suggested that despite common sentiment to the contrary, over time the purpose of higher education has actually remained relatively constant – but as society changes, so too must the system that delivers on that vision.

Echoing the thoughts of the Yale faculty and Arthur Levine, perhaps the time has come to embrace not only the renewed sense of purpose of the university as envisioned by the AUCC but also to more fully consider the systemic changes that are needed if that vision is to fully become a reality.

Julia Christensen Hughes is dean of the College of Management and Economics at the University of Guelph.

Evolution 2.0 is a series examining the transformation of Canada's postsecondary system. 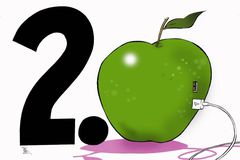 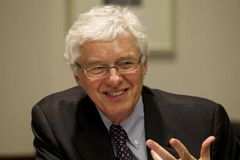