The Vancouver resident was employed as a youth worker a few years ago. While he enjoyed helping young people, he found that his job, which involved a fair amount of administrative work in planning summer- and school-break programs, wasn't as active as he liked.

As someone who grew up playing sports in his hometown of Edmonton and who went on to play Ultimate Frisbee at the international level, the thought of being at a desk all day for the rest of his working years was unfathomable.

Mr. Berezan found himself doing an online search along the lines of "counselling + physical activity."

Results turned up a program in therapeutic recreation at New Westminster Douglas College. The profession helps people overcome barriers such as illness or disability or improve their quality of life through leisure or recreational activities that they are intrinsically motivated to do. After poring over the website and learning a bit more about the field, Mr. Berezan gave up his full-time job and headed back to school at age 29. He is now in his second year of a four-year degree program.

"I only learned about it about half a year before I started the program," Mr. Berezan says. "I got a textbook from one of the courses to really know what I was going to get myself into, then decided it was the right thing for me. It was pretty quick."

It is not uncommon for adults like Mr. Berezan to return to college to embark on a new career or sharpen their competitive edge in an increasingly competitive job market, one that still has not fully recovered from the economic downturn.

There are no national statistics on so-called "mature" students – the term used to describe those aged anywhere from 19 to 25 and above who did not pursue postsecondary education straight out of high school. But schools track the makeup of their students. At Douglas College, of its 12,161 students registered this fall, 21 per cent are mature students (aged 25 and up) and 30 per cent of those attend full-time.

What is clear is that mature students tend to face a different set of challenges compared with those who are leaving home for the first time. On top of their courses, many mature students juggle family and parenting duties along with full- or part-time work. Some keep or take on jobs to avoid student debt; others have no choice, in some cases because their family income is too high to qualify for governmental tuition support.

Mr. Berezan works part-time as a support worker to two men with developmental disabilities and also as a youth worker at a local community centre. Having previously studied political science and geography at the University of Alberta, then at B.C.'s Simon Fraser University, he found that a few things were different upon his return to college.

"I was definitely a little bit nervous going into a classroom where most of the people were going to be in their late teens or early 20s," he says. "I'm working part-time, because my goal is to not take out any student loans. Sometimes it feels like a bit much, but I'm making it work."

That members of this demographic typically have more on their minds than pub night is one reason Douglas College offers a separate orientation specifically for mature students. Eric Glanville, manager of the college's office for new students, says that most have questions and considerations that students coming straight from secondary school don't.

"There tend to be some pretty common concerns when people are thinking about coming back to school," Mr. Glanville says. "They're concerned about succeeding academically, especially if it's been a few years since they've been in the classroom. They may be worried that their study skills are a little rusty or worried about being able to keep up academically with kids who just came out of high school."

Mature students also commonly feel unsure about integrating socially and being part of the broader campus community, and many say they are concerned about finding enough time in the day to balance all their obligations and cross off items on their to-do list on a regular basis.

Mr. Glanville says that all of those worries can be addressed.

"What we like to tell them is that for each of their concerns, they have a strength they can call on," he says, noting that mature students are more likely to succeed academically because they have a clear goal in mind and are more disciplined in terms of doing what is necessary to succeed. "Faculty members really appreciate having mature students in the class, because they bring a real-world perspective to the academic discussion.

"In terms of work-life balance, we hardly have to remind them that they've got a lifetime of experience in time management and critical thinking," Mr. Glanville adds. "All the skills that they're used to using in a professional context they can apply to their academic requirements, to help them figure out the best way to be successful as a student while also taking care of their family and continuing to work."

Mature students are enrolled in nearly every program the college offers, Mr. Glanville says, but many are drawn in particular to those with a hands-on or applied component; not surprisingly, one- to two-year diploma or certificate programs also appeal when compared to four-year programs. Fields that are especially popular among mature students there include nursing, psychiatric nursing, therapeutic recreation, and social work.

The cost of colleges compared with universities is a clear draw; college courses, Mr. Glanville says, cost about 40 per cent less than university courses.

More affordable postsecondary education is especially important for students who may be returning to college because of unexpected circumstances. Dwayne Reeve, president of Parkland College in Saskatchewan, explains that some mature students come to the college because of workplace injuries. "Sometimes we do get individuals in for retraining, a plan not of their design," he says. "Also, some people come because of a life event – a divorce or the death of a spouse – and they … need to look at something that will give them a greater chance of economic freedom."

Many mature students are drawn to skilled trades, Mr. Reeve says. He strongly suggests mature students seek out a college's career counselling services before registering to ensure they get exactly what they need.

"It's often a very interesting perspective for graduates straight from high school to see someone like a 42-year-old mom beside them working at gaining that education that they didn't achieve earlier on in their life," Mr. Reeve says. "Anecdotally, we have a large number of multigenerational families, also. It's quite common in the aboriginal community for people to return later in life to set a good example for their children or grandchildren."

For Mr. Berezan, returning to school has advantages when it comes to enthusiasm and drive.

"I'm excited about the program," he says. "When I'd studied before, doing poli sci, it was something I was interested in, but it became clear it wasn't what I wanted to do going forward, and it became a lot harder to motivate myself to really put in the work and to care about what I was learning. Now, it's much easier to be engaged with the program because it's something I'm really interested in and want to be doing." 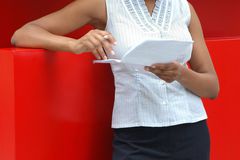