Ontario teachers are being forced to load French and music lessons onto carts and transport them from classroom to classroom, because of budget cuts from the provincial Liberal government that has left school boards unable to clean and maintain all of their rooms.

School boards say the government is slowly eliminating millions of dollars in so-called top-up funding used to clean and maintain classrooms that are considered empty or only used for a part of the day. Officials say that it's a way for the government to push them to consolidate or close schools where enrolment is declining.

Core classrooms, such as a Grade 3 class or a Grade 4 French-immersion class, are funded by the government. But a room is considered empty when it does not hold a core class, even if a vocal-music teacher or a French teacher uses the classroom throughout the day to teach different groups of students.

Cathy Abraham, a vice president at the Ontario Public School Boards' Association, said the situation is not ideal, but boards have no choice other than having French and vocal-music teachers transport their supplies on carts from one classroom to the next.

"We no longer can afford a room that is not being used every single day as a regular classroom," said Ms. Abraham, who is also chair of the Kawartha Pine Ridge District School Board in Peterborough, Ont. "We have to make these tough decisions sometimes. The challenge is always how we balance and negotiate the funding challenges while offering the very best we can for kids."

Teachers argue that the logistics of moving their supplies on carts can be a nightmare and children are losing out on valuable learning time as educators set up each room.

But in a statement, Education Minister Mitzie Hunter said the government wants to move the money into direct supports for students.

The cuts in top-up funding has the Peel District School Board looking to shutter about 100 elementary and high school classrooms, which have been deemed empty spaces.

The board's director of education, Tony Pontes, sent a letter out this week saying the government has reduced Peel's top-up funding by $2.8-million.

"That is a significant amount," Mr. Pontes wrote.

In an interview, he explained that carts are already being used by teachers in some schools that are at-capacity or over-capacity in student enrolment. Those schools are so full that there's no extra space for stand-alone French or vocal-music classrooms.

Still, Mr. Pontes said he had hoped the government would not eliminate the top-up funding and instead encourage boards to look at ways to consolidate and close under-utilized schools.

"While I'm confident this will all work out with lots of support and the goodwill of excellent teachers, in the end it's a distraction," Mr. Pontes said.

Music teacher Chris Hoffman said he and his colleagues are upset the government considers what they teach to be "second-class subjects" that don't deserve their own rooms. Mr. Hoffman said that if he was asked to move to a cart, he would have to find ways to roll his piano and move the ukuleles from one classroom to the next.

"I'm offended that you have to provide top-up funding to clean my room when [my subject is] part of the Ontario curriculum," Mr. Hoffman, who teaches in Mississauga, said. "Shouldn't cleaning my room be part of the same funds that clean every other room?"

Mr. Pontes, a former teacher, said he understands the anger among teachers. But he said that his board, as with many others in the province, is being forced to deliver some classes on carts.

"I get and I understand why they might be unhappy. I would be, too," Mr. Pontes said. "However, this is about delivering a program and the program depends on the teacher, not on the classroom." 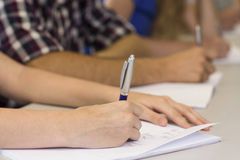 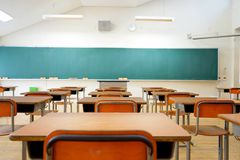 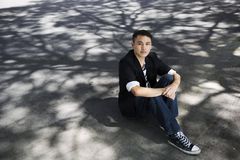