The budget focused attention on matching unemployed workers with available jobs. Much of the training is likely to happen in colleges, which are increasingly seen as a key part of postsecondary education. James Knight, president of the Association of Canadian Community Colleges, talked about the skills gap debate, the country's NEET generation and how his son built a career in cycling.

The Canada Jobs Grant provides $5,000 from the federal government (with another $10,000 split between employers and provinces), with training to be done through community colleges or unions. To be eligible for the training, a person has to be unemployed and not eligible for EI. So this is a way to target the long-term unemployed. Are these the students the colleges are recruiting?

We do target the long-term unemployed, increasing access is a value of Canada's college system. We have what is sometimes called the NEET generation [a young person not in education, employment or training]. One million Canadians between 18 and 29 are not in education nor employed, that's an enormous waste in our economy. It's a difficult group to reach – it shows up through Stats Canada work; it's a very large group, it's alarming. ... Primarily they are male, but there are a lot of women involved too.

Speaking of skills gap, we've seen data earlier this month from Statistics Canada that a B.A. holder still earns 41 per cent more than a high-school graduate while college graduates earn 22 per cent less than B.As. I wonder about the wisdom of encouraging high-school students to think about college rather than focus on university?

StatsCan data is hokum. My son went to Carleton and got a degree in economics that had no value in the job market whatsoever. After a year of wandering around, he went to George Brown College for Sports and Event Marketing* and the moment he graduated he was picked up by the Ontario Cycling Association. Then he came to Ottawa to work for the national cycling organization. Now he is in Switzerland and is a major wheel in their cycling association.

For the purpose of the statistics, he is deemed to be a university graduate because it is the highest level of achievement. Suppose you had a B.A. 10 years ago, but your career was a dead end and you became a vintner or a baker. You are counted as a university graduate.

If people have two credentials, they have to put the higher one. I would not want it reversed but the whole paradigm is misconceived.

Do you think then that students should take two degrees? A B.A. and a college degree?

I have no problem with a combo of the two, and we have a large number of university graduates in our college programs, it's a huge part of the business. But for a public sector, given high debt that students incur and given the public expense at a time of acute shortfalls, is the emphasis correct?

Before the budget, there was a lot of speculation that apprenticeships would be encouraged by tying federal contracts to companies that took on apprentices. Is it enough to mandate the use of apprentices in federal infrastructure projects as a way to address the skills gap?

Our reading of the budget is there is an intent to require projects that have a federal subsidy to use apprentices. That's a lot of activity, from non-profit housing to infrastructure projects. It's a good policy signal...It can't do everything – apprenticeships are under provincial control.

The ACCC has lobbied immigration officials as well. Why?

I'll tell you a story about India. When I joined ACCC they said I should go to India and attend a postsecondary conference and I did and I had a complaint. When Indian students applied for a visa to study at a college in Canada they had half the rate of visa approval that university students did. So I took the problem to the commission in India and we thought about why it happened. Partly, visa officials are university grads and they don't have an understanding of college. But we solved the issue and within two years our rate of visa approvals exceeded that of universities. We were at 2,000 Indian students two years ago and now we are at over 10,000. ... We are now working with China, Vietnam and Brazil. CIC is critically important to us.

*Correction: The original version of this article contained an incorrect name for the George Brown Sport and Event Marketing program. 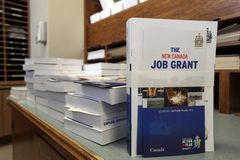 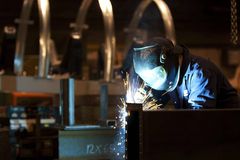 The job landscape: Where workers are needed, and where they aren’t
May 11, 2018 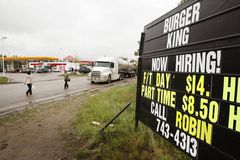