In Arabic, Al-Shabab means "The Youth." Universally, youth is a time of growing, of change. It is a time when much is new and not yet established. Research in psychology describes youth as being in a "future-oriented position." Youth involved in the militant group Al-Shabab are no different. They are seeking to build lives and opportunities. Yet the pathways to a future chosen by those involved in terror are destructive, to themselves, their own communities and, increasingly, as the recent attacks on the Nairobi mall demonstrate, to a global community as well.

Al-Shabab has its roots in Somalia, a country that has been at constant war for more than 20 years. Hundreds of thousands of people have died, in conflict and through natural disasters of drought and famine exacerbated by the conflict. Millions have fled their homes to neighboring countries, most living as refugees in Kenya and Ethiopia. Scores of buildings have been destroyed. Livelihoods have been on hold – life has been on hold – for generations. State collapse and attacks on schools have destroyed possibilities for education. From the 1980s to the present, the richest quintile of 13 to 17-year-olds in Somalia has had on average less than six years of education; the poorest less than one.

On a recent visit to a school in Nairobi, a teacher asked his almost entirely Somali class: "Who will be the next teacher in the Republic of Somalia?" The children chorused back: "Us." Many of these young refugees are in Kenya in search of education. "My intentions were to come to Kenya to learn," said a young Somali man who, despite being 17-years-old, comes to primary school every day at 6 a.m. to review his lessons before the teachers arrive. The choice of education has been clear to him: "It makes your life. It makes your future."

Can education be a challenge to terror?

Over the past four years, we have been involved in a collaboration to create on-site and online university degree programs for refugees, unique in the world. We are a consortium of Kenyan and Canadian universities and organizations, extending the reach of our existing degrees. Our students – the first 187 of whom began the program in August 2013 – are primarily Somalis, living in the Dadaab refugee camps of northern Kenya. They are only a few of the almost 500,000 Somalis and others who live in these camps and the surrounding impoverished area.

Borderless Higher Education for Refugees (BHER) is one of many innovations globally that sees accessible and high quality education as an essential opportunity for all youth. It is an attempt to answer calls we have heard from refugees, including a Somali parent at a PTA meeting in the Dadaab camps who said that "the root cause of this conflict in Somalia is just a lack of knowledge" and a young high school student who described her vision for the future: "I want to become a politician in Somalia and contribute to rebuilding the country."

BHER students are already supporting their communities, as uncertified teachers in the refugee camps and the local area. We believe that through education, our students will continue to be leaders in their communities, creating further opportunities for themselves and for others. Our students believe this too. One student described the impact of his former teacher's encouragement. The teacher would say, "you see, your parents have passed away, you are an orphan. So, you should study so you have a good future. Tomorrow you can even become a president." This student is now one among a small cadre in Dadaab who has graduated from secondary school and is pursuing a university degree. Higher education has become an option for young refugees looking for ways to escape poverty and conflict and to build strong futures for themselves and their communities.

Response to the recent terrorism in Nairobi could stereotype "youth" or "Somalis", defining all by the destructive choices that some have made. But this would limit the futures of young Somali women and men even further. A response that focuses on expanding high quality educational opportunities will expand choices and could be a constructive pathway to the resources and livelihoods that all young people need, and that will ultimately benefit us all.

Sarah Dryden-Peterson is a professor at the Harvard Graduate School of Education and a nonresident fellow at the Center for Universal Education at the Brookings Institution. Negin Dahya is a PhD Candidate at York University in the Faculty of Education. Her doctoral research explores the engagement of racialized girls with digital technologies in low-income communities in Canada. Dahya is also a researcher with Borderless Higher Education for Refugees Wenona Giles is a Professor in the Anthropology Department of the Faculty of Liberal and Professional Studies (LA&PS) at York University, Toronto.

Why young Syrian refugees will haunt the Mideast for decades to come
September 14, 2013 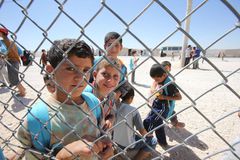 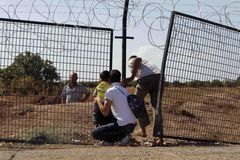 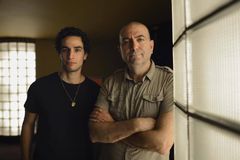