Canadian teens ranked first among their English-speaking peers on an international test of problem-solving abilities that will add fuel to the debate around provincial math curriculums.

Results released Tuesday by the Organization for Economic Co-operation and Development's Programme for International Student Assessment (PISA) shows that Canadian 15-year-olds ranked seventh in problem-solving, behind Asian countries such as Singapore and Korea, but ahead of Finland, Australia and the United Kingdom. The assessment tested students' cognitive skills in "creative problem solving" in all subject areas, including math, science and reading.

The cornerstone of provincial math curriculums is an inquiry-based model. Provincial governments have been staunch defenders of the "new" math, arguing that it gives children broader problem-solving skills. But Canada's recent slide out of the top 10 in the overall math assessment caused an uproar: Parents in British Columbia, Alberta and Ontario drew up petitions, demanding a return to the back-to-basics approach.

The latest OECD results provide ammunition for defenders of the current curriculum. 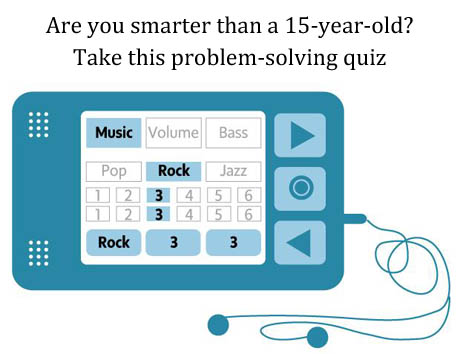 "The report also confirms that Canadian 15-year-olds who do well in problem solving also tend to do well in the core subject areas, suggesting that how mathematics, reading and science are taught in Canadian classrooms prepare students well to solve real-life challenges," said Mr. Johnson, who is also the chair of the Council of Ministers of Education, Canada.

But Anna Stokke, an associate professor in the department of math and statistics at the University of Winnipeg and one of the main drivers for change, said a balance must be struck. Students in Asian countries ranked high in problem-solving but also in overall math, which suggests that their students are receiving the right balance of mathematical knowledge.

The OECD report found that top-performing students can explore a complex scenario, devise multiple-step solutions and adjust plans after receiving feedback. The organization suggests that there is a correlation between a student's ability to solve problems and doing well in math, reading and science.

The 2012 problem-solving test was new and optional for countries. It tested how students use their analytical skills and it involved real-life scenarios, such as setting a thermostator finding the quickest and cheapest train route to multiple destinations.

About 85,000 students in 44 countries and economies participated in the computer-based assessment.

The OECD stated that complex problem-solving skills are vital to the work force.

"Today's 15-year-olds with poor problem-solving skills will become tomorrow's adults struggling to find or keep a good job," said Andreas Schleicher, the OECD's deputy director for education and skills. "Policy makers and educators should reshape their school systems and curricula to help students develop their problem-solving skills which are increasingly needed in today's economies."