Canadian universities have maintained their global rankings in this year's Times Higher Education World University Rankings, but will need to bolster their investment in research if they want to keep up with intensive global competition in postsecondary education.

Internationally, the United States slipped in the rankings, with Caltech losing its No. 2 perch to Cambridge, and its universities ceding ground over all.

"Holding steady in the way Canada has is a really positive finding," said Phil Baty, editorial director, global rankings for Times Higher Education. "You really do have to run fast to stand still in this context of intense global competition," he said.

Canadian institutions are clinging to their positions at a time when other countries are investing heavily to break into the ranks of the world's best universities. Schools in Asia have spent billions on training or recruiting researchers, faculty and highly qualified students. In return, China now has seven universities in the Top 200, and other countries, such as Singapore and Taiwan, are seeing their institutions continue to rise.

The National University of Singapore moved up two spots from last year to tie with U of T's No. 22 this year.

While Canadian achievement in the rankings is in line with that of countries with similar GDP, Hong Kong and Singapore have made outsized investments in their education systems, Mr. Baty added.

Patrick Deane, the president of McMaster University in Hamilton, Ont., elaborated on the investment issue: "In the absence of a firm commitment [on research funding], the reality of what the future will hold is obvious from looking at the figures," he said. "While some institutions may hold their own or go up slightly, there will be a general drift downward given that other jurisdictions are making hefty investments."

McMaster surged from 113 to 78 this year. It also jumped 17 spots in this year's Academic Ranking of World Institutions.

Dr. Deane said his institution's improved ranking is partly due to its spending to hire leading researchers who publish their work internationally and discuss it in the classroom.

The results come as Canadian scientists have launched a report under the banner of #SupportTheReport.

They are lobbying the Liberal government to adopt the recommendations of a review of Canada's funding of fundamental science research released earlier this year. Chaired by David Naylor, former U of T president, the report argued that the country needs to increase its federal funding by a third over the next four years. But the government has not committed to that target.

In the meantime, the Liberals funded a program to recruit 15 to 35 new Canada Research Chairs and their labs. The program was open to foreign researchers or Canadian researchers abroad. Early stage academics have questioned whether the $118-million spent on the recruitment drive should have been more evenly distributed.

Yet the results of this year's survey reveal that Canada's academic reputation can use the help. While all other measures of institutional strength improved, teaching and research at the country's institutions were regarded slightly less positively this year than in 2016.

The finding is similar to one reported by the QS World University Rankings, released earlier this summer.

If Canadian universities continue to promote their openness to international students and faculty, that slide can be reversed, Mr. Baty said.

"There is a fantastic unprecedented opportunity for Canada, given the extraordinary political shifts in Western politics," he said. "It looks like it's open for business and it's much more open for talent, it's a contrasting messages with the [United States]."

The World University rankings have become a key event on the international academic calendar and a tool for universities to recruit students and staff.

"One has to maintain a healthy skepticism about rankings of all kinds, but I do think they offer some plausible indicators to prospective students and their families about the strengths of an institution," Dr. Deane said.

This year, the rankings are also becoming a physical event and are being unveiled Tuesday afternoon at an academic summit in London, England. 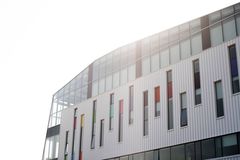