When Kanan Shah started searching for a university a few years ago, she wanted two things: The school had to be in Canada and it had to have a business program.

Ms. Shah, who was living in India with her family, was an exceptional student. Her top three choices – McGill University in Montreal, the University of Toronto and Ryerson University in Toronto – all wanted her. It wasn't an easy decision, especially for a teen barely old enough to drive, let alone make such an important, life-altering choice.

"When you're young, you have to decide where to go – and your parents can only help you so much," she says now.

In the end, Ms. Shah, now going into third year, chose Ryerson. As a daughter of entrepreneurs, she fell in love with its business management program where she could major in entrepreneurship and strategy. The downtown Toronto school also offered opportunities where she could spread her wings: a business bootcamp in Munich, Germany, a trip to a remote village in India to teach local potters how to create clay-based water filters, and a co-op program.

"I don't think a lot of students understand the importance of experiential learning rather than just learning from books and going to classes," she explains.

From tiny Algoma University in Sault Ste. Marie, Ont., to large universities, such as the University of British Columbia in Vancouver, to undergraduate-focused universities, such as in the Atlantic provinces, there is no shortage of universities in this country to choose from. (Not to mention the thousands of institutions abroad.) So where to go? Here are some factors students and their parents will want to consider while whittling down choices.

Feeling overwhelmed by options? Here is some great news to quash those feelings of anxiety: All universities in Canada are held to rigorous quality assurance and accreditation standards.

"I think it's safe to say that the difference between the best university and the worst university in the United States is much bigger than the difference between the best and worst in Canada," says Andrew Arida, associate registrar of undergraduate admissions and student recruitment at the University of British Columbia. "I mean, if you pick a Canadian university that maybe wasn't the best choice for you, you're still going to get a really good education."

Kutay Ulkuer, director of recruitment, admissions and awards at Mount Allison University in Sackville, N.B., gives students this advice: Be honest about what you really want.

"Especially at the undergraduate level, it's all about finding the right fit for the particular student," he says.

So do some self-evaluating. What are your career goals? Is an attractive campus important to you? Do you want to be close to home or are you looking for an adventure far from family? Use this information as a guide. For example, students struggling with choosing an eventual career might do well in a liberal arts university where they can pick and choose different and disparate courses. Soon they will know what topics they enjoy and what they're good at, says Mr. Ulkuer.

Sure, university ranking lists help – a university that ranks high often offers opportunities, good professors and great connections with other international universities – but rankings should not be all you consider.

"I do think there are some students who just pick the top one or two on the list, circle them and say, 'I'm done,'" says Mr. Arida. "But I think if you do that you're ignoring important information that's at your disposal."

Instead, consider the programs you are looking at.

A school might have an exceptional reputation for the courses you are after even though it ranks lower on the list overall.

Larger cosmopolitan universities will definitely draw some of the most accomplished and ambitious students each year, but that doesn't mean smaller schools should be a student's Plan B.

Ashley Dunlop, student recruitment co-ordinator at the University of Winnipeg, says choosing a smaller school might make sense for those who are anxious about feeling lost in the shuffle at a larger university.

Small universities that are primarily focused on undergraduates offer another perk: the ability to do research or act as a teacher's assistant, no graduate degree required.

"If we have only a handful of graduate programs, when professors need someone to help them out, they're looking to students who are standing out in second and third year," she says.

Marisa Modeski, assistant director for student recruitment at Ryerson University in Toronto, has taken all kinds of questions from high-school students over the years. They range from how welcome an LGBTQ student will feel on campus to what kind of supports are in place for students with depression or anxiety disorders.

"In some cases, students want to know if moving into residence means living with their boyfriend or girlfriend," she says. (For the record, the answer is no.)

Although these issues don't seem as important as what program you will take, Ms. Modeski says they can have a huge impact on your experience over four years.

So don't be shy when talking to university reps. Ask plenty of questions and listen to their answers.

"All universities will have great scholarships, great support systems and great faculty," she says. "So it's about looking at what the differentiators are." 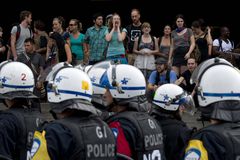 Prospective students: ideas and advice to help you on your journey to university
October 18, 2017 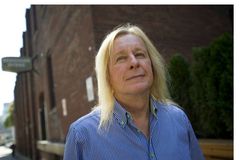 Outside the classroom: five students explain how extracurricular activities helped them
October 18, 2017 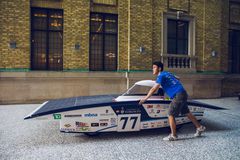 You are not alone: university services for students who are struggling
October 17, 2017 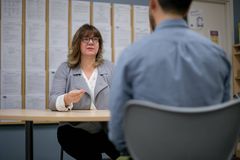