The good news is that Canada is home to so many great universities that it's difficult to make a poor decision. That's why choosing the school that best suits you requires going beyond rankings and reputation, and considering the unique culture and educational environment of your potential alma mater.

So what do you really want to get from your university experience? According to multiple surveys, the majority of young people today seek more than just a paycheque from their career. A recent Millennial Branding report found that 72 per cent of this demographic seek work with greater meaning. "Having a job where I can have an impact" ranked higher than wealth or prestige in a 2012 workforce survey conducted by Net Impact.

That's why, in this year's Canadian University Report, we looked at how universities are helping undergraduate students make an impact on their careers and in their communities. We spoke to students, faculty and university officials about opportunities to develop the skills needed for a meaningful career and life after graduation (from co-op programs to social entrepreneurship curriculums, from volunteering to purpose-driven business incubators). What we heard was that students aren't waiting to don their cap and gown before they get started; they are already working with organizations in their communities and beyond, and launching their own businesses and non-profits to tackle our most-challenging social and environmental issues.

We also gathered data on affordability, financial aid, library spending, student satisfaction, retention, degree completion, student achievement, reputation, research funding, teaching awards and more from publicly available sources. As always, we paid particular attention to the National Survey of Student Engagement (NSSE), a major survey that asks students questions that get at the heart of the most vital element of a great education. What follows are profiles that offer a snapshot of undergraduate education at 61 of Canada's universities.

Which university is right for you?

What matters to you?

Students select their universities for many different reasons. One student may be super cost sensitive, while another may only care about being in the company of world-class scientists. Other students we spoke to were basing their decision on whether their school had a great library or offered opportunities to change the world.

For this year's Canadian University Report, we surveyed university officials, professors and, most importantly, hundreds of students. We also looked to publicly available data sources, such as university budgets collected by Statistics Canada.

Costs reported include tuition and compulsory fees (including medical and dental insurance). The legend and icons indicate whether a university has costs that are average ($$) or considerably higher ($$$) or lower ($) than the provincial average (at least $300 above or below provincial average).

We looked at universities' commitments to preparing their students to make positive change by considering their social entrepreneurship and global citizenship strategies. We assessed universities on whether they dedicate considerable resources and involve senior leadership in their strategies; offer specific courses across more than one department or university-wide; and are integrated with their communities.

We recognize universities that specialize in applied or vocational learning.

Universities' per student spending on library is average (yellow), above average (green) or considerably (at least 50 per cent) below average (red).

When surveyed on the National Survey of Student Engagement, senior students rated their entire educational experience as average (yellow), above average (green) or considerably below average (red) (defined as .2 points below NSSE average; source: NSSE 2014).

NOTE: University of the Fraser Valley, Mount Royal University and University of Northern British Columbia did not participate in 2014; results are based on the 2013 survey. 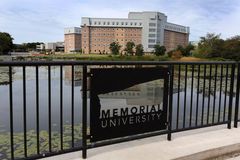 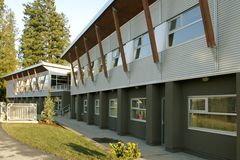 How to pay for school when the bank of mom and dad closes
October 22, 2015

The Real Housemates of campus: True stories of cohabitation
October 22, 2015

Student style doesn’t have to be all yoga pants and sweatshirts
October 22, 2015
Follow us on Twitter @globe_education Opens in a new window
Report an error Editorial code of conduct
Due to technical reasons, we have temporarily removed commenting from our articles. We hope to have this fixed soon. Thank you for your patience. If you are looking to give feedback on our new site, please send it along to feedback@globeandmail.com. If you want to write a letter to the editor, please forward to letters@globeandmail.com.
Comments