As the reality of working increasingly becomes a mash-up of contracts, self-employment, part-time gigs and career shifts, how can universities help grads adjust to a constantly changing labour landscape?

A typical workday for 26-year-old Torontonian Joan Lillian Wilson is anything but routine.

Ms. Wilson, who studied fine arts at OCAD University in Toronto, juggles a part-time graphic design contract at a community newspaper, freelance photography gigs, youth workshops and volunteer political work. The hours for each job fluctuate, so she relies on one schedule for a few weeks at a time before scrapping it and making a new one.

“For the past year, it’s piecing things together, basically whatever comes up and is available,” says Ms. Wilson. “It’s pretty hard for me to explain it because it’s so all over the place.”

She has been able to keep up with the cost of living in Toronto, but it’s hard. Ms. Wilson says the working realities of short-term contracts, which are mostly done on her laptop at home, came as a shock when she graduated from university five years ago. 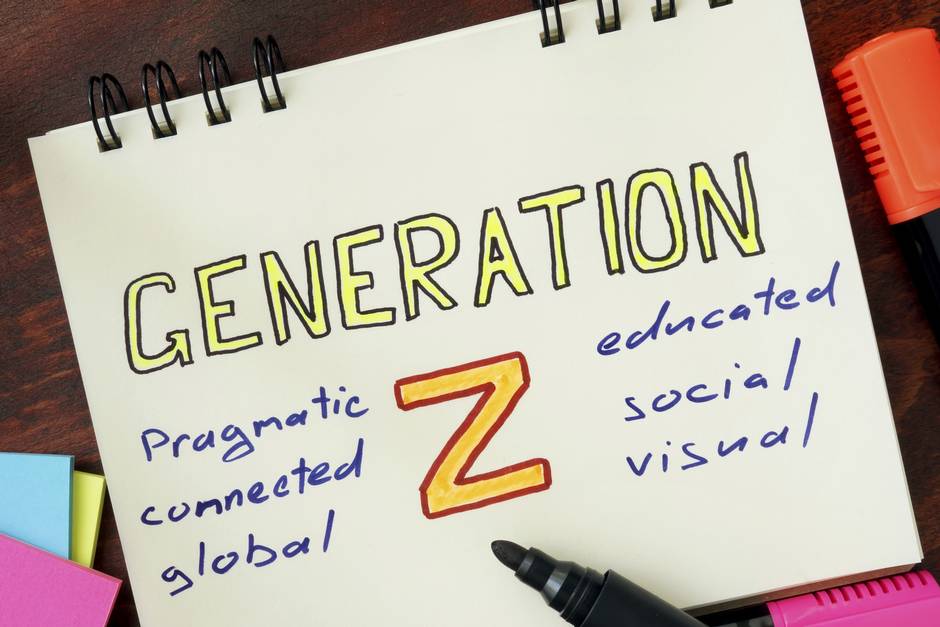 Experts have worked hard to define millennials, with some difficulty. But now there is a new generation to study. Who are Generation Z, and what do their characteristics mean for universities?

“I wasn’t expecting a freelance profession at all.

When I was at OCAD, it was all just theory,” she says. “There wasn’t a lot of practical stuff.”

Ms. Wilson’s situation is not unique. Today’s students are entering the work force more educated than any generation before them, and yet they are met with working conditions that are more precarious and uncertain than ever before.

“Are we setting students up for big-time disappointment?” Mr. Cash asks. “Right now, I think that we are.”

He adds: “The world of work has changed so fast, and educational institutions … can’t move as fast as they need to right now. Globalization and technology have collided in such a way that it’s accelerated the changes in work to the extent that it’s difficult for universities to catch up.”

Holding down multiple jobs and working without security or benefits is the norm for many millennials. According to the Canadian Union of Public Employees, 25 to 35 per cent of all jobs in Canada fall under the precarious work umbrella, with young workers under 35 most likely to fall into this category.

Mr. Cash calls on universities to make changes at their core, but acknowledges it is challenging for them to keep up with today’s pace of change.

Ms. Wilson says the realities of her art-school cohort are different than what many may have imagined as fine arts students. “I don’t think many people are doing what they were training us to do. It’s not really realistic for most people,” she says.

Academics, including Seth Schwartz, president of the international academic organization the Society for the Study of Emerging Adulthood, argue that young people are increasingly leaving university without a clear road map about what is supposed to happen next. Instead, they are left with a blank canvas.

While today’s young people may be confused about the future, they seem to be prioritizing one thing: education. They are poised to be the most university-educated generation of all time.

According to Universities Canada, 1.7 million students were attending Canadian universities in 2014-15, continuing a steady upward trend. In 2011, about 27 per cent of Canadians aged 25 to 64 had a university degree, an increase from 18 per cent in 1998, says the Conference Board of Canada. 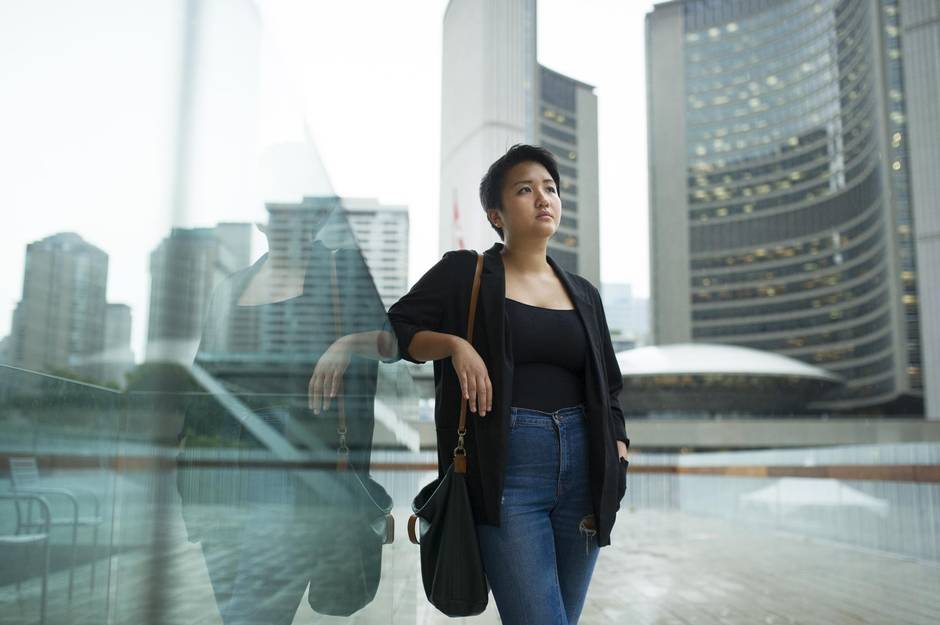 Twenty-four-year-old Laura Nguyen, who graduated from Ryerson University in Toronto in 2015 with a bachelor of arts, enrolled because it seemed like the appropriate next step after obtaining a high-school diploma.

“I think I’m part of the bulk of students who went to university because that’s just what you do after high school,” says Ms. Nguyen.

“In high school, I was always a straight-A student, but I wasn’t particularly passionate or interested in anything, so liberal arts was just kind of a general way to get a degree.”

Ms. Nguyen now works for a Toronto city councillor. In applying for the position, she was required to show she had a university degree, but felt it was just a box that needed ticking. “When they know I have a liberal arts degree, they don’t really ask any questions beyond that,” she says.

Though she came out of university knowing how to read and write, most of the skills required for the job, such as communication and events planning, were developed outside her studies, Ms. Nguyen says.

“Universities have been the number 1 generators of innovation for generations,” Dr. Siemens says.

“They’re the most adaptive, innovative systems.”

And they are seeking ways to help graduates transition to the new realities of employment.

For instance, Ms. Wilson felt she experienced few reality checks about the structure of arts-based employment while at OCAD from 2007 to 2011. The school says it has since made changes.

“Over the past couple of years, OCAD University has rolled out a number of new initiatives that focus on the school-to-work transition,” media relations officer Christine Crosbie wrote in an e-mail.

She points to experiential learning courses that give students credit for placements with organizations, schools and other work spaces.

The school also has a program called Career Launchers, which partners with galleries, companies and organizations to provide chosen students with entries into a range of practical applications of their skills. Students are also offered one-on-one career advising, résumé feedback and portfolio development.

Ryerson also offers career counselling, and experiential and community-based learning options to its general arts students, such as Ms. Nguyen. Zone Learning initiatives allow students to work with industry leaders and incubate ideas around fashion, music, urban energy and social ventures. And the university’s career centre provides networking opportunities in Toronto to students, such as the annual Liberal Arts@Work event. 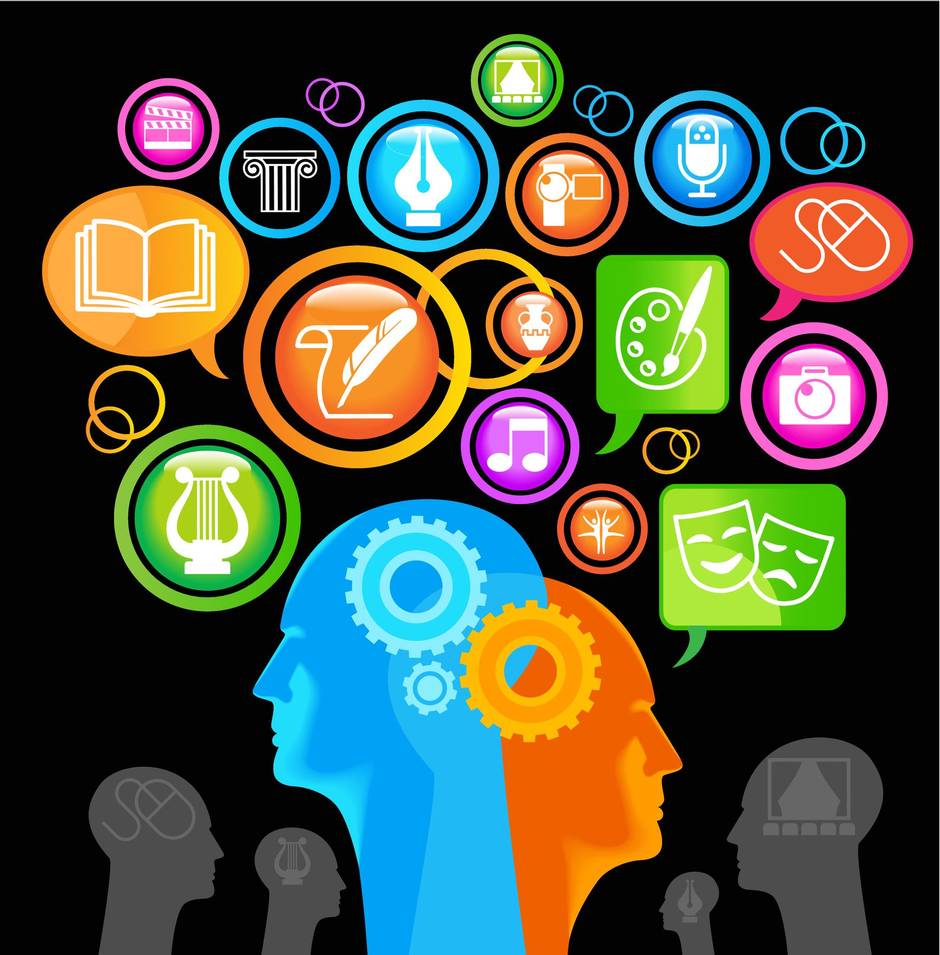 As technology and innovation dramatically change the work environment, the skills that people need to remain employable are changing, too.

The World Economic Forum’s 2016 Future of Jobs report found that in five years, 35 per cent of the skills relevant to today’s work force will have changed. By 2020, robotics, artificial intelligence, advances in biotechnology and other factors will transform society and employment. Some jobs will disappear and jobs that are not even imaginable today will be created. For this year’s report the organization spoke with chief human resources and strategy officers from global employers about the skills people will need in the future.

Here are the top 10 skills people will need to be employable in 2020:

“The labour market has always been tough for students seeking to transition into the work force,” says Ryerson career counsellor Sonny Wong. “However, with our initiatives we work diligently and creatively to produce the next generations of young professionals who possess critical knowledge and expertise, along with personal resilience to pursue their professional and personal aspiration.”

It’s clear that many students’ degree programs are not preparing them to navigate the complexity of the job market. So how can the university better serve the next generation of students?

Alex Tapscott, a consultant and author who specializes in blockchain technology and its potential to transform business and society, wants universities to change the way they teach students. “There’s been a really unfortunate trend lately to prepare undergrads for specific jobs or careers in certain industries. And I think that’s wrong,” he says.

“I think the best education is one that gives you not the skills, but rather the tools to analyze situations, to know how to think, respond to challenges, reinvent yourself, and to adapt to changing environments.” While a traditional liberal-arts education seeks to foster those critical-thinking skills, some experts suggest a specific focus on the labour market.

Cathy Davidson, director of the Futures Initiative at the City University of New York, says universities need to prepare young people to expect fundamental economic and job market shifts – shifts where uncertainty is almost the only guarantee.

A June report by the Brookfield Institute at Ryerson suggests that “nearly 42 per cent of the employed Canadian labour force is at a high risk” of being replaced by automation over the next 10 to 20 years.

“We have to adapt to a future where nobody knows for sure what’s going to happen next,” says Dr. Davidson, adding that universities need to prepare students for uncertainty rather than trying to predict the likelihood that one economic trend will prevail over another.

While there is no simple solution, Dr. Siemens says a continuing relationship with universities may be a way for students to be better prepared for the work force.

Universities are aware of this, he says, and so are creating options for students to upgrade their learning and grow at different entry points in their lives.

Mr. Tapscott agrees, adding that trying to cram as much knowledge as possible into the first 24 years of your life is simply not an effective way to prepare for the work force. “Those skills might be obsolete by the time you finish school,” he says. “I think that there’s a lot of continuing education required for people to be masters in certain fields. Some of that is self-driven, and a lot of that is going back to school.”

If experts like Mr. Tapscott are correct, this latest generation’s children may be taking one year of university every five years over the course of their entire lives, instead of jamming it all in early.

While experts are looking at the big picture trying to figure out how the structure of universities needs to change, a new generation of students is working on getting degrees. Most undergraduate students now are part of Generation Z, an age bracket that Statistics Canada describes as people born in 1993 and later. As Gen Z invests in postsecondary education, millennials offer some real-world advice. 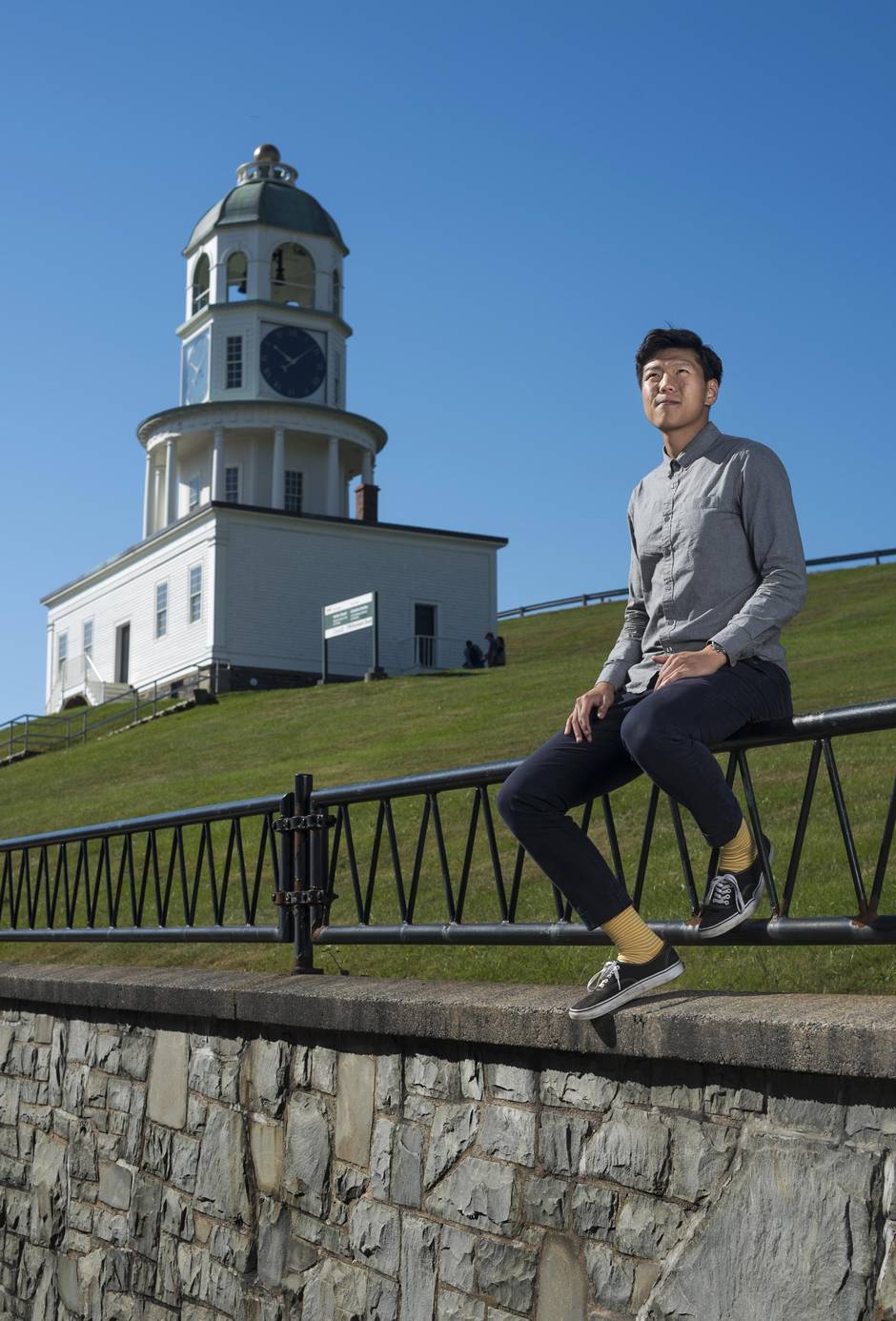 Dalhousie University graduate Uytae Lee parlayed the interests he developed in university into becoming executive director at PLANifax, an urban-planning media organization in Halifax. (Darren Calabrese for The Globe and Mail)

Uytae Lee graduated with a bachelor of community design from Dalhousie University this past spring. Since his graduation, his side hustle has become his full-time work: Mr. Lee is executive director of Planifax, a media organization focused on urban-planning issues in Halifax.

Mr. Lee’s advice? School isn’t everything. Be open-minded, he says, and there might be connections in unexpected places.

“School is not guaranteeing you’ll get a job. It’s about guaranteeing you develop as a person,” he says. “You have to immerse yourself in what your interests are, and often that happens outside the classroom. And in that, you’ll actually find better networks.”

And if you are entering university still unsure where your interest lies?

Ms. Nguyen, who chose liberal arts because “it was the most vague and general program [she] could do,” advises students to try out many different things. But she cautions students to be honest with themselves about what they can handle as they are exploring their interests.

“I would tell any student: ‘Don’t feel obligated to do the four-year stretch,’” she says.

“There are so many ways to get that degree, and the five-course term is a lot sometimes for people. It’s a big transition period.”

It’s clear that the future is uncertain. Amidst uncertainty, Ms. Nguyen wants universities to know that to stay relevant, they need to make sure students are ready for the job market.

You want the comfort of knowing that this will get you somewhere.”