The pressure of the year's first exam-and-essay crunch is driving some students at Canadian universities to look for help in study drugs. A dealer might charge $20 for a single pill of the prescription Adderall, but students under stress are willing to pay.

A few weeks ago, before midterm season, that same pill might have cost $5. Students who have used a range of medications commonly prescribed to treat attention deficit hyperactivity disorder, or ADHD, say they can help casual users focus for hours, study stacks of material or write papers through the night without fatigue.

Nearly 4 per cent of students who have no medical need for the drugs take them to cope with academic demands, despite risks to their health, according to a major national study released this year. Many buy them from friends or classmates with legitimate prescriptions. Schools are aware of the problem – and the ethical questions – but have few tools to combat it.

The Globe and Mail asked student journalists across the country to probe the use of study drugs on their campus. In more than 20 interviews, students said they turned to the drugs, often before exams, because they had too many non-academic commitments or felt anxious to get good marks to be accepted to graduate school. Others confessed that they had procrastinated. Nearly every one said the drugs gave them a clear boost. The Globe contacted the students to verify the interviews. All of them declined to be identified on the record, out of concern about harming their academic or job prospects.

"I couldn't believe how well they work. You sit down and concentrate for eight hours or so, without feeling the need for breaks or wanting to stop," said a third-year arts and economics student at McGill University who tried the drug Concerta.

But controlled stimulants such as methylphenidate, amphetamine and dextroamphetamine – commonly known as Ritalin, Adderall or Concerta – have after-effects. Most users reported an unpleasant "come-down," and some said their sleep was disrupted. Experts say other effects include loss of appetite and dehydration. Even so, some students report the drugs are widely used among their friends.

"I think it's a pretty common culture. I know people who haven't done it, of course, but I would say a majority of my friends have at one time done it," said a fourth-year urban planning major at Concordia University who has used Adderall and Ritalin.

The U.S. National College Health Assessment included a question about abuse of prescription medications in its 2013 study, and found that 3.7 per cent of Canadian postsecondary students took stimulants without a prescription. Evidence suggests the drugs are becoming more readily accessible: Canadian retail pharmacies dispensed more than 2.5 million Ritalin prescriptions in 2012, up from fewer than 1.7 million in 2008, according to health information company IMS Brogan.

Researchers have found the typical study-drug user is a B-student with extracurricular commitments trying to keep pace and looking for a just-in-time solution, said Cynthia Forlini, a postdoctoral research fellow at the University of Queensland in Australia.

"I had a lot of things going on at once – work and volunteer and do my schoolwork. I felt that everything I did was not efficient enough and I needed some help with that," said a fourth-year international development student at McGill who experimented with Ritalin.

However, "there seems to kind of be a ceiling of enhancement," which means students who are already doing well benefit less, Dr. Forlini said.

Is it cheating to boost productivity with prescription drugs? Two years ago, Duke University in North Carolina made "the unauthorized use of prescription medication to enhance academic performance" an offence under its rules on academic dishonesty – a move demanded by student leaders. Yet most students interviewed for this article disagreed, "because it's still your work, … because you're still studying, you're just doing it with an increased mental capacity," as a second-year University of British Columbia student put it.

Campus mental health professionals say they cannot police the use of study drugs, and recommend educating students about them alongside topics such as mental health, study skills and managing time and stress.

"It's on the radar, but more from an anecdotal perspective," said Su-Ting Teo, director of student health and wellness at Ryerson University. With campus health services taxed by growing numbers of students with critical issues, "unfortunately, this is lower on the priority [list]."

The drugs may work in the short term. But those who have stopped using them say they could build dependency and the side effects are not worth it. "I think it is really based on an approach to studying … that's based on the wrong thing," said a first-year McGill medical student. "[You] are studying for a grade, you are studying for a test, you are no longer studying for learning. It builds really bad habits." 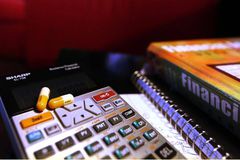 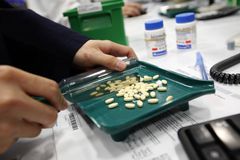 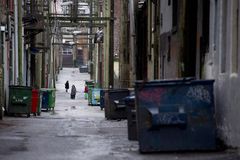 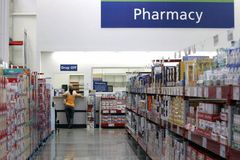