The prestigious International Baccalaureate diploma program is boosting the worth of its marks for its graduating high-school students, responding to what it sees as grade inflation in provincial education systems.

Entrance requirements for top university programs have increased in the past few years to a 90-per-cent high-school average. But there is rising concern in some quarters that grades are being artificially inflated to meet those rising admission criteria.

Starting this fall, public and private schools in Ontario that offer the IB diploma program will change the way they calculate percentage marks that are based on results of IB final exams and course work. The intent is to assign higher high-school percentage grades so that IB graduates do not miss out on university spots and scholarships.

It was driven by suggestions from university registrars that a more generous conversion would be helpful for IB students, who generally pursue a more academically challenging school program. Ontario's move comes three years after Nova Scotia undertook the same measure.

"The problem is that over the years, the IB exams, which are marked objectively by a worldwide network of examiners, have held a constant value over time like the Swiss franc, whereas Ontario marks have eroded over time like the Polish zloty," said John Godfrey, head of the Toronto French School, a private school that teaches the IB program.

"The table of equivalencies has had to be adjusted this year after 10 years, to reflect the new exchange rate."

Provincial education ministries strongly deny grade inflation at the high school level. "We expect grades to accurately reflect student achievement and that teachers will use their professional judgment in assessing a student's work. It is important that end-of-term or end-of-year marks do not misrepresent the student's actual achievement," said Lauren Ramey, a spokeswoman for Ontario Education Minister Liz Sandals.

Annie Kidder, executive director of People for Education, said there is a perception of grade inflation but evidence is lacking. She said there is intensive competition to get into universities and students seem to need increasingly higher marks. Some university officials have complained that first-year students lack basic skills.

IB diploma courses are marked worldwide out of seven, and those scores are converted into a percentage – a table of equivalency or conversion scale – for universities. A five in Ontario, for example, used to mean between 80 per cent and 89 per cent. In September, it will be equated to 84 per cent to 92 per cent. Teachers are given a range, and assigning a percentage is up to their professional judgment, said Lewis Harthun, president of IB schools of Ontario.

Nova Scotia changed its conversion table in 2011, "reflecting the inflation of grades right across North America and right here in Nova Scotia," said John Messenger, head of the province's IB program. "We didn't think the original one we started off with was fair to the IB students," he added.

The IB diploma program is a two-year curriculum that theoretically gives students an academic edge. The program, which began in the 1960s as a tool for teaching the children of diplomats, has a standardized curriculum for students from different countries. In Canada, the elite program is offered at more than 300 schools from elementary to high school. It is a more challenging course load because it tends to cover more content, and, more importantly, develop different skills that are not necessarily emphasized in provincial curriculums.

In the Ontario curriculum, for example, an English class would involve reading a book and describing the relationship between characters, whereas an IB student would do an analysis on how the author crafted this relationship.

Many universities require IB students to submit percentage grades, similar to their peers in regular high schools. Ensuring grades are comparable is important because universities do not adjust grades to account for differences in marking or reputation among schools.

"You can have a teacher change in a year that changes the whole picture," said Richard Levin, registrar at the University of Toronto. "The calculation of admission averages and who gets an offer and who doesn't is all automated. We don't actually look at 75,000 applications."

The University of British Columbia, however, accepts students based on their IB marks, said Andrew Arida, associate registrar of undergraduate admissions. The university also has a unique admission requirement that moves away from putting nearly all the weight on high-school transcripts: Applicants submit personal essays and list extracurricular activities. Mr. Arida said it makes for a more "holistic assessment of an applicant."

Mr. Arida said UBC has done an analysis of how IB students fare in their first year and how it compares with others. "The IB is a very strong curriculum and even students who get grades that are not at the highest ends of the IB ... still perform very well in university," he said. 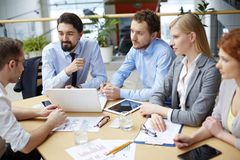 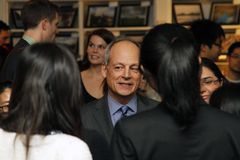