A commission at Queen's University has made 116 recommendations for improving students' mental health in a new report released today – the latest in a wave of efforts to heighten awareness of campus mental health challenges at schools across the country.

The Principal's Commission on Mental Health was spurred in part by a series of student deaths at the school in 2010 and 2011. The high-profile tragedies made Queen's a focal point for the severity and pervasiveness of issues many students face across Canada, but also spurred the university to be one of the most active schools working to understand what causes students to struggle.

The report is the result of a year-long consultation with the Queen's community and health professionals, and suggests a range of actions such as reconsidering class and exam scheduling to reduce stress on students, expanding mental health awareness sessions to all faculty and staff, and exploring an "early intervention protocol" that would trigger a response to students showing signs of academic or personal issues.

"I think the process has been very useful in terms of bringing the issue very much out into the open and encouraging discussion about it," said Queen's principal Daniel Woolf in an interview. "I think this simply sets us on a path where we have a much clearer idea of what we have to do, where we've done well, where we may have fallen short in the past."

The report revisits the country's worrying mental health statistics – that youth aged 15 to 24 are most likely to suffer from mental disorders, that suicide is the second leading cause of death among 10 to 24-year-olds, and that according to a 2009 survey of six postsecondary schools in Ontario, 36 per cent of respondents felt so depressed they found it difficult to function.

University and college students face unique strains on their mental well-being, often linked to the transition from living at home and succeeding in high school to a more independent life with more demanding school work. The commission's report targets its suggestions at those transitions and at making students more resilient, but also focuses on promoting "a healthy community," encouraging comfort with seeking and giving help, and sharpening the school's responses through counselling and disability services.

Elsewhere in Canada, York University recently held a two-week mental health campaign, kicked off with a conference attended by more than 200 students. The University of British Columbia has implemented an early alert program, allowing staff or students who spot signs of trouble in a student's habits to flag them with a trained adviser. And earlier this month, the Association of Atlantic Universities hosted a day-long conference on developing a "university team approach" to student mental health among the region's institutions.

The Queen's report was compiled by five commissioners from the Queen's community led by David Walker, an experienced emergency physician and former dean of health sciences.

Queen's tragic string of six students deaths in little more than a year, some by suicide, has not been repeated since. But Dr. Woolf is eager to share the report's findings with other schools, and to keep up the momentum created across the country.

"I very much hope that this is, to quote Churchill, the end of the beginning and not the beginning of the end," Dr. Woolf said. "It's an ongoing issue."

The full report is available through Queen's University.

You said it: What should universities do to address student stress and mental health?
June 19, 2017
Queen's University moves to combat mental-illness stigma
May 3, 2018 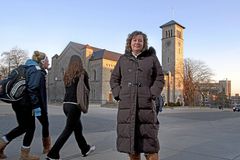 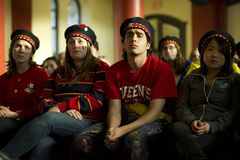 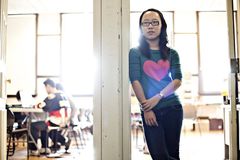