Law school, medicine, business: A list of careers that would impress any parent. For Loran scholars, however, those would be the predictable choices.

"When I was first in university, I wanted to be a lawyer. There is no chance of that for the moment," said Hayden Rodenkirchen, who won the prestigious Loran scholarship four years ago and will be graduating from the University of Toronto this spring. "In a professional program everybody lives in a silo.… I try to let myself be governed by an internal compass."

So Mr. Rodenkirchen is thinking about working to better connect social organizations to each other so they can more efficiently solve global health challenges.

And he will help other Loran scholars who want his advice. Thirty winners of one of Canada's most elite university awards were chosen this month from what was an initial pool of approximately 4,000 applicants. They were primarily picked not for their high marks – although the scholarship requires a minimum 85-per-cent high school average – but for their dedication to public service and leadership.

The award comes with $100,000 over four years in tuition and stipends, but the benefit of the Loran is not just in the money. It's in the constant testing and expanding of students' limits that happens over their undergraduate careers.

"We want them to really go out into the unknown. We are really trying sometimes to destabilize them; that's where the learning happens," said Franca Gucciardi, the executive director and CEO of the Loran Scholars Foundation.

Before courses even start in the fall, students take part in a week-long wilderness expedition, including a 24-hour solitary period. They are strongly encouraged to study outside their home province. And in the summers during university, they are helped to find an internship – in a non-profit, the private sector and a startup.

The students push themselves, too.

When Mr. Rodenkirchen worked at the Canadian consulate in Ho Chi Minh City, he arranged his own home stay with a local host family.

Such international exchanges or co-op internships are the kind of non-academic learning that students increasingly expect all postsecondary institutions to deliver. At the Lorans, many are facilitated through its alumni and mentors. As a result, the foundation is now fielding inquiries from universities on how to set up similar networks, Ms. Gucciardi said.

Because they have seen what a difference mentors made in their lives, some Loran alumni are using the model to help students for whom university seems remote.

"The students we are trying to get to are those who don't have a place to go," said Michelle Dagnino, the executive director of the Jane/Finch Community and Family Centre and a former Loran scholarship winner.

Ms. Dagnino did receive a law degree, but has gone on to a career in public and social work. When she signs up a mentor for the youth the centre helps, she expects them to step up.

"We have to put the onus on mentors. If you are going to be a mentor, you should be someone who can potentially offer a part-time job," she said.

And Ms. Dagnino has adapted the boundary-pushing philosophy of the Lorans to the community centre. Her students go on trips outside the neighbourhood, touring the campuses of York, University of Toronto or Ryerson.

"We say it's a subway ride away, it shouldn't feel like it's a world away," she said.

Many of the winners of the Loran, who have grown up in small Canadian towns, are now thinking about their own journeys in the fall.

Callista Ryan will leave Squamish, B.C., where she tried to break down gender stereotypes of the lone boy mesmerized by his Xbox by organizing video tournaments of 32 mixed teams. Marie-Hélène Lyonnais, who began a healthy cooking program with Grade 4 students in Quebec City's poorer Limoilou neighbourhood, may head to Toronto.

And in Toronto, Aditi Sriram, a coach with a children's tennis program in the Jane and Finch neighbourhood, is already scoping out similar projects in Vancouver, where she would like to go for undergrad.

"I saw a lot of kids come into the tennis program and they were not confident in their abilities," Ms. Sriram said. "Once we worked with them for a season or two, they believed in themselves more, they were ready to take on new things."

By finding the teens who are changing the world in small ways at 17, the Loran foundation hopes to help them do so in bigger ways by 70, Ms. Gucciardi said.

"We don't reward past achievement. We look at things like grit, attention, humility," she said. "Our investment is in the future, in a life lived with integrity."

The winners of this year's Loran scholarships are: 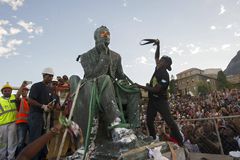 The delicate balancing of oil, money and scholarship
November 8, 2015 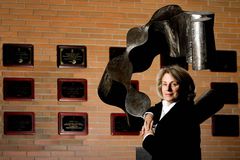