The Globe took a look at five Canadian school principals to see how the role has evolved since the disciplinarian days of yore, and understand why the appeal of the job is declining. They are among 40 principals who were honoured on Tuesday by the Learning Partnership as Canada's best.

We'd like to hear your ideas about what makes a good principal, too. Share your thoughts here, and they may be included in an upcoming print or digital feature. 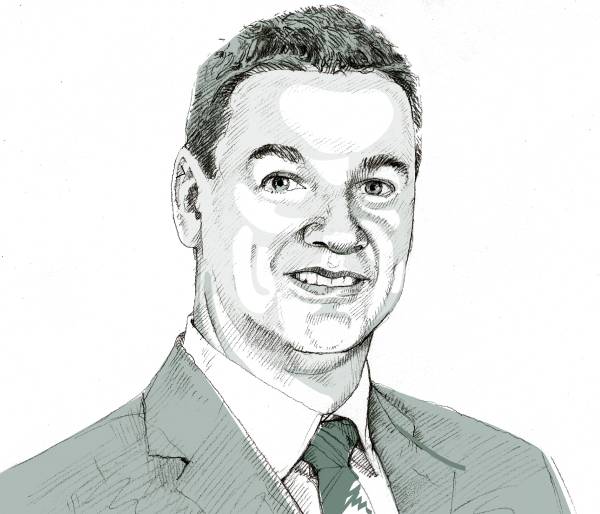 "In Newfoundland, we’re seeing a very big demand for skilled labour. And 10 years ago [there was] a lot of focus on university being the postsecondary choice for students for success. Now it’s not necessarily universities – there’s other options available ... so keep keeping the student motivated to achieve their top potential, whatever that might be, is a constant battle."

Mr. Barry says one of his biggest challenges is helping his students understand why they should want to be at school at all. After 11 years as a principal in a province where demographics and migration have created a labour shortage, it’s hard to motivate students when they can see well-paid jobs waiting unfilled that don’t always require postsecondary education.

A lot of his students are the sons and daughters of immigrants, many of whom came to St. John’s to fill vacant jobs – they hail from 50 different countries. At the same time, 55 per cent of his students, work a part-time job outside of class. The demands of late-night hours and extra shifts can leave them drained before they even begin their first class in the morning.

To spur ambition and persuade potential early leavers to stay, he offers programs such as credit recovery, and has raised private funds from the local community for programs, especially for newcomers to Canada.

But more personal interaction, often one-on-one with students, can be the most effective tool. “You have statistics on your side, and you have community leaders coming in and talking about their experiences and just showing real-world examples of, ‘This is where your path is leading, and this is where you could go with a little more effort,’” he says.

It isn’t an easy pitch, but most such conversations “go really well.” 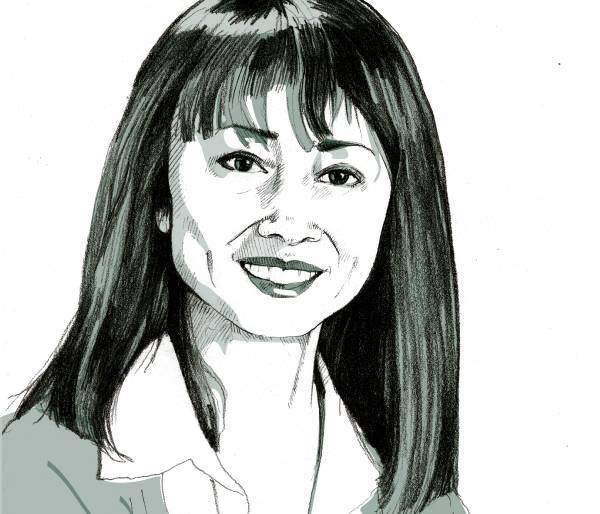 "One of the things we have been working on is a focus on language objectives – that is, when we’re teaching, we are proactive in ensuring that the children understand the vocabulary of what they’re doing. ... When you have English-language learners and vulnerable learners, they learn language in a different way."

Ms. Lee describes her first four years as a principal as “a roller-coaster ride whirlwind.” When she arrived at George Jay Elementary, a school that scored high on the province’s vulnerability index, she had her first experience of an urban school where nearly half of all students speak a language other than English at home.

In some years, the rate of transience – students who “go in and out” of school – was 35 per cent. She realized that for many young people at her school, the challenge of fulfilling basic needs is so great that academics are simply not a high priority, nor for their families. “So one of the things that we focused on meeting [was] the social and emotional needs,” she says.

Her school ramped up its breakfast and lunch programs, knowing hungry children struggle to focus, and worked to remove the stigma from coming early for breakfast. And Ms. Lee has full-time family and parent-liaison counsellors who can reach out to families and support students’ parents – one of the few schools in her district to do so.

She has also embraced technology as a way of tailoring learning more closely to the needs of each student, especially the 10 to 15 per cent each year who have designated special needs. “You can set up different levels of learning by using the tech tools,” she says, noting it helps engagement too because “the kids love it.”

These initiatives have already helped transform the school’s performance on provincial benchmarks and drastically reduced the number of behavioural incidents. But Ms. Lee still thinks her school and others need more funding to support students with special needs. 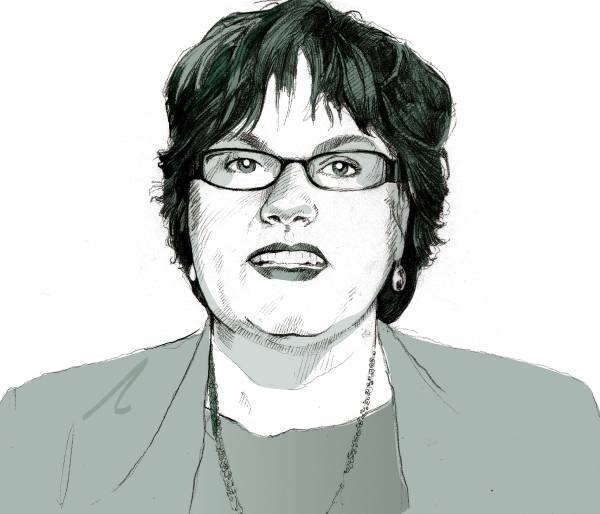 "It’s an unknown future, but we know that if you have literacy skills and numeracy skills and communication skills, you can go most anywhere. The biggest change is a social change to talk to parents who say, ‘But it wasn’t like that when I went to school,’ and it wasn’t. ... To get to the point where society can accept some of those changes more willingly."

Nothing stands still at Ms. Kinsman’s school, whether she likes it or not. For the last four years, she has been the inaugural principal at Cranston School, a brand new institution she took over when it was still under construction, and where she helped choose everything from the furniture to the philosophy, which focuses on creativity and world issues like the environment.

The chance to start a kindergarten to Grade 4 school from the ground level is “the opportunity of a lifetime,” she says. The school opened with 300 students and will reach its maximum of 620 this fall, “bursting at the seams” – some families in the community have even had to be turned away.

“For the last two years, I’ve added five or six classrooms every single year, five or six teachers, changed the complexity of the school,” she says.

Growth is the big story at many Calgary schools, where the youth population is rising fast, and that puts pressure on schools at a time when new ways of learning brought about in part by technology, and when learning to sort and use information, are becoming paramount skills.

That is forcing “huge changes,” Ms. Kinsman says, “because we’re educating children for a world that none of us can really script.” 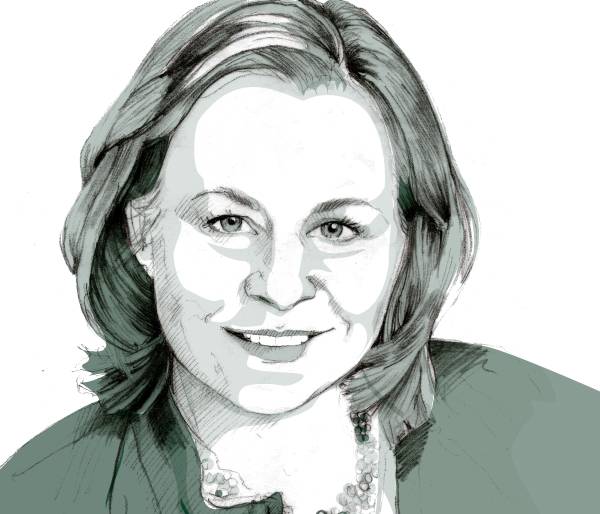 Ms. McAuley has the same achievement goals for all her students, but the paths they take are very different. For four years, she has been principal at what she calls “a four-track school,” with more than 800 students divided between English, French immersion and gifted streams, as well as a separate stream with four other “self-contained” classes.The challenge is making sure all four tracks are successful.

Her task is made all the more tricky by the fact that, in her mind, that desired destination is less clearly defined than it was earlier in her career. Ms. McAuley has a background in special education and the arts, and puts a premium on building thinking skills on top of the core literacy and numeracy curriculum. Learning how to use information has become as important as knowing facts and equations, if not more so.

That means principals like her spend less of their time being “managerial,” and more being instructional leaders setting a direction for the way their students will learn, down to a personal level. And it means striking more community partnerships to keep the education taking place inside the school as connected as possible to the students’ experience outside it. 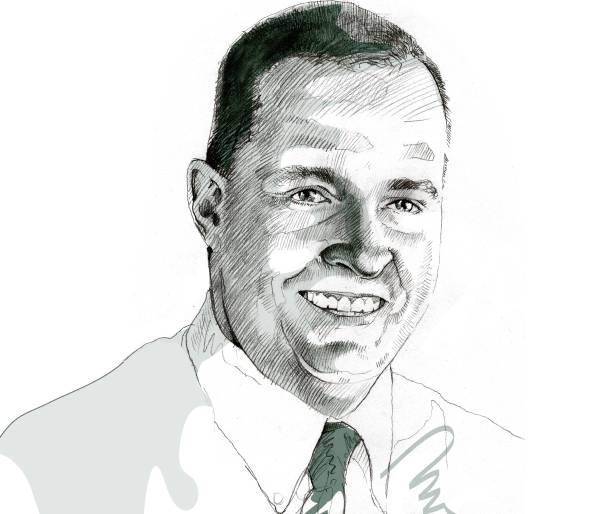 "I would love to see more support staff in the schools. And I’ll leave it at that – trained support staff, supporting kids with autism, mental health issues, those sorts of things. There are itinerants that come back and forth, that are in your school one day, not the next. I would like to see more consistent support for those students. Staff want it, parents want it, students need it."

As far as Catholic education is concerned, the school where John-Paul Elliott has spent all six of his years as a principal is the only game in town in Gananoque. It is part of a community he calls beautiful, cultured, close-knit and supportive, but also one that has its share of challenges born out of unemployment and demographics. To succeed in his job, he has to be flexible and adaptable, or as he puts it, “you need to have all your skills.”

He gets the students he shepherds, who come from a variety of family backgrounds and with different abilities, involved in fundraising efforts for the school. And he has set up initiatives that are pushing the school past the underachieving label it once bore, including an intensive French program for Grade 5 students and his district’s pioneering full-day kindergarten program.

His mantra is to keep things simple. He looks to signals from Ontario’s education ministry and his local school board to gauge where educational priorities are shifting. But that big picture is sometimes subsumed by “the very specific needs that are right there at your door.”

Staff and parents look to him to be the decision-maker, but in six years as principal he has learned to work closely with staff to make changes. “That’s something that you might know in your head, but knowing it in practice is a different thing altogether. Being in charge isn’t being the boss, it’s about collaboration, it’s about listening,” he says.