A Hungarian-born mathematician and theorist, Zoltan Dienes believed in using games, songs and dance in learning math to make it more fun for children. "Give me a mathematical structure and I'll turn it into a game," he was fond of saying.

Known as a maverick mathematician, he created a number of playful teaching materials. His name is synonymous with the multibase blocks he invented for teaching place value. "How could a child learn what the base 10 is," Dr. Dienes would say, "if he is not familiar with other number systems?"

Dr. Dienes "strived to achieve the impossible: to make learning maths – which seems unapproachable and strange to most kids – a fun, appealing and creative activity," said his former colleague Sandor Klein.

He was born in 1916 in Budapest. His father, Paul Dienes, was a well-known professor of mathematics who fled to England after the fall of the Hungarian Soviet Republic. His mother, Valeria Dienes, was a philosopher, choreographer, dance teacher and the creator of the dance theory orkesztika (orchestics). In her honour, an elementary school in the Hungarian city of Szekszard bears her name.

At a tender age, Zoltan Dienes was known to hide behind a curtain, straining to overhear the math lessons his father was giving his older brother. Deemed too young to learn the complex math, the young Zoltan was eager to absorb as much as he possibly could.

After his parents divorced, he went to live with his mother and brother in Nice, France, at a commune set up by Raymond Duncan, brother of dancer Isadora Duncan. The commune was a social experiment in living, where all the children were "owned" in common and everyone wore Greek togas and sandals. His mother eventually fled the commune and Zoltan made his way to England.

As a teen in England, he met a young woman named Tessa Cooke at a family tea. Their families became friends, and eventually the two fell in love and married in 1938. They had five children together and were married for 68 years before she died in 2006.

Trained as a mathematician in England, Dr. Dienes became interested in mathematics education and later in the psychology of learning. As a mathematics professor in England he noticed that so many of his students didn't enjoy the subject. "He felt [math] is such a beautiful thing," said his son Bruce Dienes. "He was just amazed that they didn't embrace it like he did."

Wanting to understand why, he went back to study psychology. Interested in the psychology of mathematics learning, he served as director of the Centre de Recherche en Psychomathématiques at the Université de Sherbrooke in Quebec for several years.

Working around the world, his passion was to spread his vision of learning math through play. He travelled throughout Europe, Australia, South America and into the wild of Papua New Guinea. He also worked with First Nations and Métis classes in Manitoba and trained Peace Corps workers to teach in the Philippines.

Typically not one to fit in with academic administrators, he once complained to the dean at the University of Adelaide in South Australia that he didn't have enough funding to complete his research. "Well, you've been given a chair," the dean told him.

Fluent in French, Italian, Hungarian, German and English, he also developed grade-school mathematics curriculums for several schools in Europe. When he arrived at some schools in Italy, children would run out of their classrooms eager to play math games with him. "His commitment was to the children," Bruce Dienes said. "He just really wanted children to learn and have fun."

After his retirement, he and his wife moved to Nova Scotia to be closer to family. He taught part time at Acadia University's Department of Education and worked with elementary-school teachers, visiting their classrooms.

Ramona Jennex, Nova Scotia's former education minister and an elementary-school teacher, remembers Dr. Dienes visiting her class of primary and Grade 1 students. An elderly man at the time, he didn't hesitate to get down on the carpet with the students to play his games. While discussing people's homes (how they are built and shaped), he taught the children about place value, which is the value of digits based on where they are positioned within a multiple-digit number. Children often have difficulty understanding, for example, that the 1 in 1, 10 and 100 mean different things.

"He never said to the children, 'You're learning place value.' He let them explore and play the games," Ms. Jennex said. "He literally made math magic."

Mixing his teaching with stories and dances, he would captivate the children and get them moving. "He was just so charming," she said.

"His research laid the foundation for a shift in the way we do math," Ms. Jennex added.

He was the author of numerous articles, educational materials and more than 30 books, including a memoir and a collection of poetry. His books Building up Mathematics and Thinking in Structures influenced mathematics educators entering the field in the late 1960s and 1970s.

He continued to write and publish well into his 90s. A Concrete Approach to the Architecture of Mathematics was published in 2009 by the University of Auckland, in New Zealand.

His deep love of nature stayed with him throughout his life. He spent as much time as he could hiking, going for long walks through the woods or across the moors in the Hebrides, cross-country skiing and swimming in lakes. Into his early 90s, he continued to swim lengths at Acadia University's pool several times a week. When someone asked him a few years ago how old he was, he answered: "Well, to give you an idea, I was born in the Austro-Hungarian Empire."

A spiritual person, his relationship with God developed throughout his life. In 1952, he became a Quaker. He volunteered with the Friends Service Council and was involved with the Montreal Quakers. He was a prolific writer of poetry that was often mystical and explored the divine purpose in life. In his later years, his undertaking was to put into poetic form a paraphrase of the four Gospels, the book of Acts and part of Romans, using classical metres.

At home, he enjoyed sitting in a favourite chair and reading the New Testament in Italian. "Nothing like getting it from the horse's mouth," he would say, while reading the Gospels, said his daughter Sarah Dienes.

"He was often roaring with laughter and sharing jokes and telling stories," she said.

If he wasn't telling stories of his many adventures around the world, he was singing in Hungarian, Italian or even Gaelic.

"One of the things Zoltan said to me once was that he was not really even teaching mathematics, but that he was teaching children to think freely," his daughter Jancis Dienes said. "He saw mathematics as a creative art."

Dr. Dienes died on Jan. 11 in the Valley Regional Hospital in Kentville, N.S., after suffering a heart attack. He was 97. He was predeceased by: his wife, Tessa; brother Gedeon; daughter Jasmine; son Nigel and grandsons Russell and Bruce. He is survived by daughters Jancis and Sarah, and son Bruce. He leaves 14 grandchildren and 17 great-grandchildren. 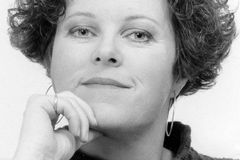 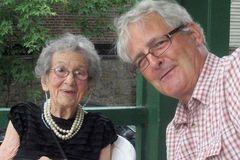 Feminism and the farm: Lola Lange left her mark on royal commission
January 27, 2014 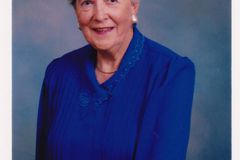 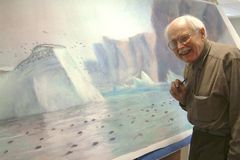 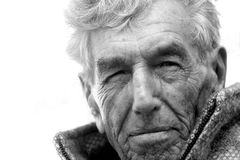