A former graduate student in music at the University of British Columbia is alleging that the university discriminated against her because of a mental and physical disability.

The case, which will be in mediation at the B.C. Human Rights Tribunal this month, was launched by a student in UBC's school of music who dropped out of her PhD program. She alleges that discrimination she faced in the department made it unlikely that she would be able to complete the degree.

The student is seeking reinstatement in the program, accommodation for her disability and financial compensation.

"It comes down to people's careers. This type of failure to accommodate can have such an impact on their livelihood and their ability to earn an income, especially when it happens early in their careers," said Jeff Sanders, the lawyer for the former student.

UBC has been at the centre of a long-running court battle on discrimination based on disability in a case that has been closely watched by universities as well as other employers in the country. That case was brought by former medical resident Carl Kelly, who alleged that the university kicked him out of the family residence program because of his learning disabilities.

In 2012, the B.C. Human Rights Tribunal ruled that the university had wrongfully terminated Dr. Kelly.

The university reinstated the resident – who finished his term and is now a practising MD – but the court case continued through several appeals.

In late June of this year, the B.C. Court of Appeal upheld a lower-court ruling that had ordered UBC to pay Dr. Kelly $385,000 for lost wages and $75,000 for injury to dignity. The university is reviewing the court decision.

In the latest allegation at the school of music, Mary Doe, a doctoral student who has been playing piano since she was five years old, developed a physical ailment midway through her studies. As a result, she could sit for only limited periods of time before she had to take breaks.

Professors did not understand that her disability would mean that she would require more time to finish her degree, she said. Instead, she claims, professors added requirements to completing her degree that were not faced by other students.

"[UBC] owes me an apology and an explanation," she said. "I do not wish anyone to suffer from what I endured in the future."

(She wants to remain anonymous because she fears repercussions for her career.)

Repeated attempts to have the situation resolved by turning to senior university administrators and to the Office of Access and Diversity were not satisfactory, she claims.

As a result, she said, she had no choice but to leave the program with a master's degree.

But the decision to drop out left her depressed, she said.

"I struggled with fear and anxiety since 2013. That's a lengthy duration," she said in an interview. "I had so much anxiety way after I dropped out," she said.

UBC said it could not comment on an ongoing legal proceeding.

The school of music is part of UBC's performing arts division, one of the world's highest-ranked departments, coming in at No. 32 in global tables, second in Canada only to McGill University.

Academic standards do not have to be lowered or altered in order to accommodate students with disabilities, UBC states in its guidelines for how staff and faculty should treat such requests. "It is important to know that in any review of the disability-related accommodations, the focus must be on meeting the requirements of a specific class or university program," the guidelines state.

But studies of the elite music world have found that an emphasis on excellence may leave little room for mistakes, much less for disability.

"I have known of maybe two wheelchair musicians performing at any level," said Alex Lubet, a professor of music at the University of Minnesota and the author of a book on music and disability. "In most cases, there is no practical barrier to that person performing – but there has to be something deeply felt in the culture that discourages this."

Musicians frequently sustain injuries while pursuing perfection, he added. "People develop terrible playing injuries from overpractising … [but] they don't file for workers' compensation because of fear of what it will do to their reputation."

If an already renowned musician develops an ailment, there may be acceptance, he said, pointing to piano players such as Leon Fleisher and Gary Graffman (who recorded the soundtrack for Woody Allen's Manhattan). Both temporarily lost the use of one hand. 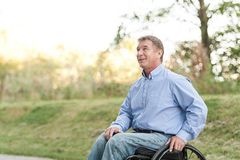 Facts & Arguments
Needing hearing aids as a child, I found the outside world insensitive. Now I am fighting ableism
August 4, 2016
Ontario fails to help people with developmental disabilities: report
August 24, 2016 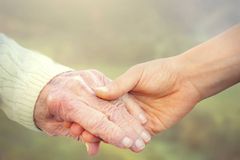