Andrea Kavanagh is a child of French immersion's first wave.

Born in the heart of English-speaking Winnipeg in 1971, she was just 10 years old when she rode two buses 30 minutes across town every day to attend the city's first immersion school. She went on to a French-language college and eventually a career as a French teacher.

Bilingualism transformed her life. It opened the door to opportunities that would have otherwise passed her by. Now she wants to pass on those same opportunities to her three children, all of whom attend the local French immersion school. They represent a little-studied but growing segment of Canada: French immersion's second generation.

Over the last five years enrolment in French immersion has skyrocketed across the country. It's up 12 per cent since 2006, according to new figures from Statistics Canada. And the timing of this jump coincides with the period in which the children of the first cohort to attend French immersion started to arrive at elementary schools.

French immersion began with a single school in Quebec in 1965, but it didn't really start to spread across the country until the mid 1970s. Manitoba, for example, opened its first immersion school in 1973 at l'école Sacré-Coeur, where Ms. Kavanagh completed Grade 6. By 1977 there were 45,000 students in French immersion in all of Canada, a number that increased by six and a half times over the next 15 years, passing 300,000 in 1991-92.

Numbers have ebbed and flowed slightly since then, but 2011 marks an all-time high of more than 342,000 students in elementary and secondary immersion programs. Even more remarkable, that increase occurred when the number of children in school is declining.

"Right now we seem to be in a general growth pattern. Both B.C. and Alberta have been maintaining a consistent growth rate for 12 or 14 years. Ontario went through a rough patch but is now marking extremely impressive growth rates and Saskatchewan has taken off lately as well," said Robert Rothon, national executive director of Canadian Parents for French.

In York Region north of Toronto, to take one example, French immersion enrolment has more than doubled over the last decade. In British Columbia, Mr. Rothon said, it's not uncommon to see parents line up in school parking lots overnight to ensure their child can get a spot. In other districts, coveted slots are awarded via lottery and the unlucky are forced to attend the English stream. Often it's a lack of capable teachers that restricts the number of immersion places in some districts.

Mr. Rothon said it's difficult to say whether it's one factor in particular driving the explosion in demand for immersion.

Anelia Coppes, who lives in Parry Sound, Ont., decided to enroll her son in immersion because his older siblings insisted they had missed opportunities because of their unilingual education. She and her husband were also convinced by something the school's principal told them.

"One of the things the principal mentioned is that we don't have enrichment programs, but he said the next best thing is a French immersion program," Ms. Coppes recalled.

The children in her son's class tend to be from families with higher levels of education, she added.

"The kids, their parents are doctors, lawyers, university educated. Not all, but the demographics are not the same as the rest of the school."

She sees that as both a positive and negative, since she wants her son to get along with people from all walks of life. Still, he seems to be thriving, she said.

The first wave of French immersion graduates were hitting their mid-30s in the 2006 to 2001 period when these new statistics were gathered. The average age at first birth in Canada is 28, so their children were likely beginning to arrive at school in the middle part of the last decade. The size of that group isn't clear, but there is some evidence that French immersion students considered the education they received enough of an advantage to want to pass it on. A 1990 study of an early wave of French immersion graduates in Saskatchewan found that more than 80 per cent said they wanted their children to follow in their footsteps by pursuing immersion.

"We're now seeing a generational transition," Mr. Rothon said. "It hasn't really been documented yet. Once we start seeing its extent we should start to see it influencing government policy."

Mr. Rothon said the children of immersion are creating something like a new linguistic category. They go home to environments where one or two parents are capable of speaking French with them and helping with their homework. It's not the same as living in an easily defined anglophone or francophone environment, yet it still represents a change from earlier generations. By choosing to continue with French immersion into a second generation, these families are saying, "This is part of how we grew up and this is who we are as Canadians," Mr. Rothon said.

Ms. Kavanagh has so immersed herself in French that these days she is often mistaken for a francophone. While her father was interested in French, her level of involvement in her children's education is clearly at a different level. She is capable of correcting their grammar and usage and they don't cringe or recoil when she speaks to them in another language.

She said her husband, who graduated from a regular stream, was easily convinced that French immersion would be best for their kids. He was persuaded by research that demonstrates its advantages for brain development and memory, as well as the way a second language can broaden horizons. He also saw the advantages she had in applying for jobs when she was a student, when she found high paying work, first at the City of Winnipeg, then at VIA Rail and a Parks Canada historic site, in large part because of bilingualism.

"I am a big believer because I think it's a painless way to learn another language," Ms. Kavanagh said. "Even if they come out and are only able to understand it, rather than speak it, that's still a big advantage."

Many immersion students lose their French over time, a fact often cited by critics. Attrition rates are high. Every year, most schools lose 5 to 10 per cent of their immersion students in each grade, so by Grade 12, the class that started together a dozen years earlier will be considerably reduced in size. It's also clear from Statistics Canada data that hard-won bilingualism tends to decline in the years after graduation. On the 1996 census,16.3 per cent of those aged 15 to 19 said they were bilingual. Fifteen years later on the 2011 census only 9.6 per cent of that cohort still considered themselves bilingual, according to Environics Analytics.

They moved back to Canada from the U.S. specifically so their children could attend Canadian schools. But their interest in French had nothing to do with Canadian identity or the ideal of bilingualism and everything to do with educational advantage, he said.

"It's part of the public school system, so it's free. We thought it was sort of a no-brainer," Mr. Lee said. "We're both big believers in being able to speak multiple languages."

Mr. Lee's own parents, originally from the U.K., chose French immersion for him because they didn't think the Canadian school system was sufficiently demanding, he said. And he thinks it's amazing that so many people in North America only learn a single tongue.

Lori Chang-Foidl's family spoke Cantonese at home in Calgary in the 1970s. Her parents were immigrants from Macau and Trinidad, and though neither spoke French they believed that their children, born into a bilingual country, should learn both languages, she said. When her own daughter was born the first thing she did was start looking for a French immersion school. Today her daughter is pursuing French as part of a double major at university.

"I don't know of any parents of [French immersion] students who have regretted the decision to enroll them in a bilingual program. It's a bit of a mystery to me why parents are hesitant or negative towards the idea," Ms. Chang-Foidl said. 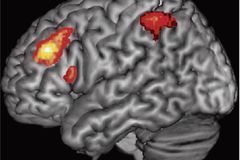 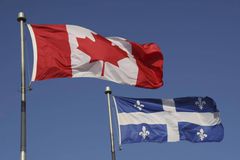 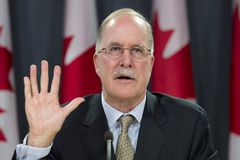 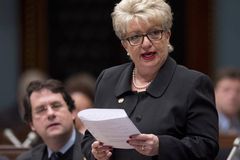 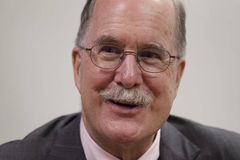