A wave of anxiety must have washed through international student recruitment offices last week when a U.S. Senate bill promised that foreign students in science fields would find it much easier to work after graduation. It was not the first time this type of proposal has been floated; over the last four years two similar bills have died at the hands of American gridlock.

Like Canada, the U.S. is dealing concurrently with unemployment and labour shortages. Making students exempt from green card caps in science, technology, engineering and math was just one way to respond to demand for graduates in these fields. Immigration reform would also increase caps for all such employees and also allow outstanding professors and researchers to work without a green card. The student part of the legislation, however, is likely to increase the American share of the international student market above its current level of approximately 18 per cent (a decade ago it was closer to 23 per cent) while appealing precisely to the most wanted students.

And make no mistake about it: This is a market where Canada is trying to increase its 5 per cent share of international students studying away from home. In the age of Austerity U, it's one of the few sure areas of profitability in Canadian public education. Universities are right, however, when they argue the exchange of perspectives is as – if not more – important as the money. Unfortunately, that's where we fail. Like most OECD countries, a mere fraction of our university students study abroad, seemingly content to have the world come to us. (You can find an interactive data visualization map on student mobility at unesco.org) The situation is a bit of puzzle. For all the discussion of why we have difficulty attracting foreign students, we rarely wonder why "our" students seem so reluctant to leave home.

In recent years, Canada has revamped what it offers international students. After all, they are considered the ideal immigrants – still bringing a new perspective and a global network but familiar with the country through their education and with university credentials that employers don't question. When the government first introduced the Canada Experience Class five years ago, it expected that by 2012, the stream would allow up to 26,000 people recruited from among temporary workers and postsecondary students to choose this path to permanent residency. But the program was slow to get off the ground, missing its targets by as much as 50 per cent in the first three years.

Still, we know that once students get here they are more likely to stay than in any other country: A third of foreign students will decide to remain in Canada, the highest take-up of a new country in the world. The movement of students from Canada to other countries is more problematic. In 2010, 61 per cent of our university students abroad went to the U.S. but just over 1 per cent to Germany and 0.1 per cent to Brazil. And while most of the foreign students in Canada – from China, India, Iran, Nigeria and Pakistan – were leaping economic and social worlds when they came here, we are also partial to Australia and France.

Staying home can be dangerous for global ambitions. We can negotiate trade agreements with MIST or BRIC countries but trade is more successful when it's between friends who've visited each other's homes. The U.K. is currently convulsed by discussions about how much fog it would like between itself and the continent. Like us, U.K. students like the familiar, choosing the U.S. or European neighbours for their study abroad experiences. Meanwhile, its government is pulling the welcome mat for foreign students to the side, only allowing them to stay with a job offer and a £20,000 pound salary. One can't help but think that if British students had made friends in China, Malaysia or Poland (some of the top source countries for foreign students in the U.K.) they would be more vocal about keeping the doors open.

A survey late last fall showed that with the exception of The University of Toronto, international students in China, India and Brazil had little recognition of Canada as an education destination. If we want the world's mobile students to know who we are, perhaps our students need to go and tell them. 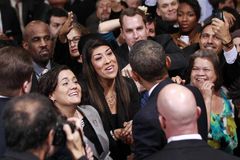 Aaron Swartz: A Julian Assange for the academic crowd
January 20, 2013 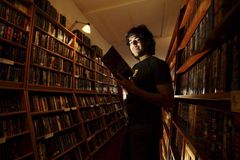 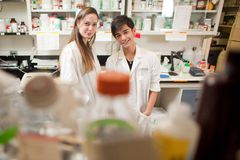 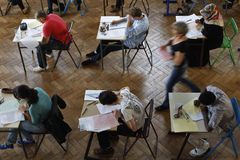