We've heard it all before: Manufacturing is dead. Our high-tech industries can't compete with the high-tech industries of the developing world. On the international stage, Canada's reputation as a mid-level player is being seriously jeopardized. Pretty soon even our maple syrup will be made in China.

To rectify the problem, our schools are producing graduates certified in STEM: science, technology, engineering, and math. But we've got it wrong. Our economy isn't suffering because we have a paucity of highly-skilled industrialists. It's suffering because there is a dangerous shortage of people who can read Cicero and Sallust.

In the schools of yesteryear, knowledge of the classic languages was tied to an educational philosophy known as "formal discipline." The brain was considered to be a muscle like any other in the body. With a little hard work and exercise, it could be toned into a lean, mean, thinking machine. Learning Latin and Greek wasn't easy, and that was the point: It moulded the mind, and in doing so made you a smarter person. But in the early 20th century, a deliberate decision to erase these languages from the public school curriculum redefined the pursuit of an education. It was no longer good enough just to learn things. Now you had to learn things that were actually useful.

This was a serious mistake. In changing the purpose of school, we lost our desire to go to work. See, having a tough mind didn't just make you a more educated person – it made you a more industrious one. For the century and a half in which public education featured the teaching of Latin and Greek, students entered the workforce with a zeal we don't see today. They wanted to strut their stuff, show off their muscly minds, and contribute to the great school of life.

Today's pedagogy, by contrast, is completely opposite. The implicit assumption is that learning has no intrinsic value. It has to go somewhere or lead to something: We go to school to go to work, get a degree to get a job. Watch any person in the middle of learning something – any child observing the methods of their parent; any apprentice watching the hands of their mentor – and you see at once that learning is its own reward. It has intrinsic value, and needs no outward purpose. But curiously, as a byproduct of such learning, the desire is to be socially charitable. We want to give back to the culture, the community, the people who allowed us to learn. We want to demonstrate our skills, and return to the world our debt of gratitude.

It is an irony of Greek proportions that we fail to see what, for thousands of years, was so clear to the people of antiquity: In order to be more productive in the workforce, we need to be less productive in the classroom. It is knowledge – and the pleasure of discovering it – that leads to innovative output. Take the joy out of learning and what you get is living by rote: a banal procedure that is at once boring and meaningless. Going to school has become like waiting in line at the employment centre. It's something you do because it's required, not something that's desirable in its own right.

In shifting the focus of school away from the brain and onto the hands – away from knowledge itself and toward the application of knowledge in everyday life – we've created generations of highly skilled, exquisitely certified … totally ineffective labour. Tethered to the economy, our education system has produced graduates as disinterested in work as they were in school. Presented with the message that the only reason to go to school is to become certified for work, our graduates responded reasonably, and decently, by hating both.

Going to school should be like going to the gym. We want to give our brains a workout because the feeling of being mentally fit – of being intelligent – is intrinsically good. Yet the effects of such calisthenics are clear: Educated people are productive people. Being knowledgeable leads to a desire to be productive. Perversely, but appropriately, we must now take a step backward in order to move ahead. The road to a better economy necessarily involves a foray into the world of old-school education: difficult, enervating – and rewarding.

In the end, we don't need more scientists and engineers. We need more people reading Cicero and Sallust.

Zander Sherman is the author of The Curiosity of School: Education and the Dark Side of Enlightenment. 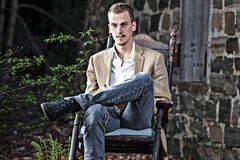 Protecting the middle class: How education is failing
May 11, 2018 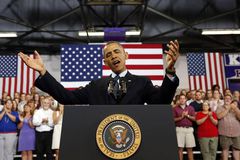