Dominic Atkinson always wanted to send his two boys to Upper Canada College (UCC), but like many parents who are comfortable yet not wealthy, the question was how to afford it.

"From my own good experience, UCC was on my radar. I attended from Grades 5 to 13. Because of the cost, the plan was for our boys to start in Grade 7," says Mr. Atkinson, 45, executive director at DIG Insights, a Toronto market research company.

The cost of independent school can be daunting, even for well-off families. "I know that many Canadians have much tougher sacrifices to make, but even for our family there are trade-offs," he says.

The range for day-school tuitions at the independent schools that belong to Canadian Accredited Independent Schools is approximately $9,900 to $33,900 this year, according to CAIS executive director Anne-Marie Kee.

"But parents should be aware that these fees can vary," she adds. "Some schools calculate extras into their tuition figures, while others do not, and figures depend on the size of school and province and location."

Extra expenses can range from new-student registration fees to books and trips. Our Kids Media lists these sample costs from a prominent, downtown Toronto private school with day tuition of about $30,000 on its website:

There are also options, says Chantal Kenny, executive director of admissions at UCC in Toronto.

"When families come to us and say they can't consider enrolling because they can't afford the tuition, I ask them not to make that assumption," she says. "UCC and other independent schools recognize that fewer than 2 per cent of Canadian families can afford the full cost, and we want to be affordable to more students than that," she says.

"This has been our No. 1 strategic priority for the last five years. As a result, we have committed more than $5-million in financial assistance and we encourage families to do research and see what might be available."

Families will still often need to make sacrifices – Mr. Atkinson's family forgoes big and even more modest road-trip vacations and children's summer camps, and he drives a beat-up 12-year-old car, for example. But many parents might be surprised at the range of choices available for funding beyond digging into the family nest egg. Annual tuition fees at UCC are $30,860 for day students up to Grade 7.

"There are lots of opportunities if independent school is not within your budget, and we encourage interested families to explore them,'" says Susan Markle, executive director of admissions at TFS – Canada's International School (formerly Toronto French School), which has annual tuition fees of $28,700 for the day students at the Toronto campus from Grade 1 to Grade 7.

For example, her school, which values a diverse student population, offers a full Grade 7 scholarship to a boy or girl who meets TFS's academic requirements and whose family meets the school's criteria for needing tuition help.

"In addition to tuition, it covers books, incidentals such as uniforms, all the costs," Ms. Markle says.

"I always suggest to parents that they have an open conversation with the school," says Leanne Foster, Head of School at Trafalgar Castle School in Whitby, Ont, which, for example, has annual tuition costs of $21,995 to $22,300 for day students from Grade 5 to Grade 8.

"Flexible payment plans are also a possibility at many schools. I recommend that parents don't assume it's out of reach until they've explored their options with a few schools."

Shopping around is important because tuition can vary, as well as the scholarships and bursaries available.

"Our situation is a bit different," says Michelle Wilson, academic director of Royal Elite International Academy in Niagara-on-the-Lake, Ont. Her school, with about 100 students in Grades 9 to 12, charges higher tuition for international students than for its local students, considering it a positive way to encourage more interaction between the school and the local community. The school asks prospective students to contact it for information on fees.

At Canadian private schools, parents who seek bursaries or scholarships usually submit their information to an outside organization called Apple Financial Services (not related to the computer and iPhone company) that analyzes their financial situation.

"It's independent and arms-length. We get a report on whether families qualify but we don't see their details," Ms. Markle says.

Bursaries and scholarships are different; a bursary is based on demonstrated financial need, while scholarships are based on students' academic and extracurricular merit and may have conditions, such as keeping up good marks.

"I always encourage parents to ask a lot of questions as schools are more than willing to share how this works," CAIS's Ms. Kee says. 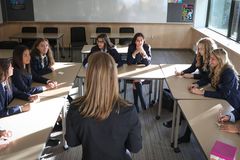 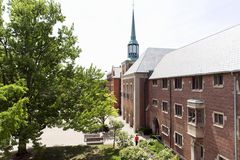 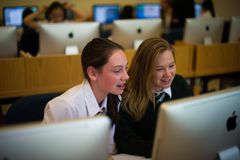 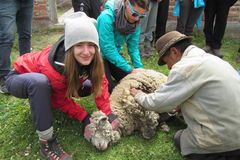 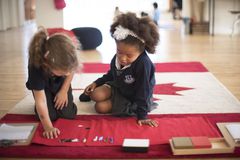 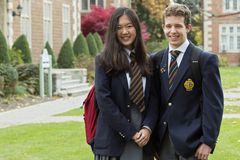 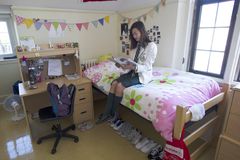 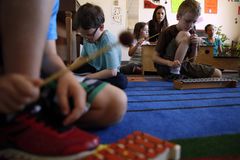 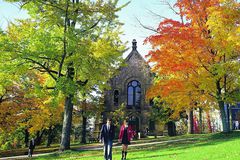 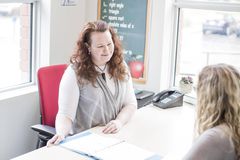