SARAH DRYDEN-PETERSON and MAYSA JALBOUT
Contributed to The Globe and Mail
Published September 5, 2013 Updated May 11, 2018

It is back to school time in Syria this week, just as it is in Canada. Yet for millions of Syrian children, there is no return to comfortable routines. There are no new clothes. Photographs of this year's first day of school smiles will be missing. Classrooms are not filled with old friends. Schools have been destroyed or are filled with people seeking safe harbour.

Yet the beginning of the school year does not pass unnoticed in Syria. Amid the fear of escalating violence and impending international attacks, a Syrian mother said, "education for my children is more important than anything else." This feeling was shared among almost 100 parents we and our UN and NGO partners interviewed in Syria during this back to school week.

"The war has affected our children's brains more than all the damage to buildings," said a father in northern Syria. Another father described the feeling of watching his children stay home at the beginning of a school year: It is like watching them "lose their future."

Syrian parents know intuitively what we know from research on conflicts around the world. Being in schools protects children living in war from the short-term and long-term psychological impacts of violence. Higher levels of primary and secondary education reduce the likelihood of armed conflict. An educated population enables rebuilding after conflict ends.

This time of back to school is an important symbol and a call to a different kind of intervention – in education.

"Education was a beautiful dream for our children," said a Syrian mother, recalling the happiness on her children's faces as they prepared to go back to school in previous years. "We want to secure it for them again."

War does not dampen hope for education. A father of seven in northern Syria expressed, "I hope parents send their children to school even if they live under shelling and danger. An education is the strongest weapon."

Even in war, education is something to believe in.

In our work on education in conflict settings globally, we hear parents tell us over and over that education is their top priority. Education is a way to create a sense of routine for children whose lives have been disrupted. Education allows children to reclaim their childhoods as they live through contemporary conflicts that last, on average, 17 years. Education enables families to think about the future when every other aspect of life is uncertain.

Millions of Syrian children will not go back to school this week. But a few will. Syrian parents and teachers have come together to begin makeshift schools, in homes and other community settings. UN agencies and NGOs, both local and international, have created temporary learning centres. Children come for a shorter day, in as many as four shifts to the same space. Children are reading, subtracting, learning to get along with each other; and they are playing. These organizations are woefully under-resourced, and they persist at great risk. They know that education cannot wait for the end of conflict.

For parents everywhere, the beginning of a school year is about hope. Now is an opportunity to preserve this hope for more Syrians. It is in education that we should invest money, commit time, and take action.

Sarah Dryden-Peterson is assistant professor at the Harvard Graduate School of Education. Maysa Jalbout is an advisor to leaders committed to education globally. They are both non-resident fellows of the Center for Universal Education at the Brookings Institution, and they both have daughters returning to school this week.

Canada to increase aid to Syrian people, Baird says
May 11, 2018 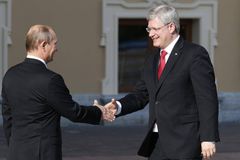 new
Everything is fine in Syria, according to Syrian President
May 11, 2018 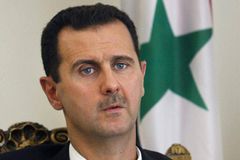