In academia, December is the cruellest month.

It's the time of year when professors, long believed to be persons of substantial leisure, mark hundreds of exams and essays, write course outlines for the winter term, battle deadlines for recommendation letters and try to catch up on their own research.

The cost of succeeding at doing it all has been an especially acute topic of conversation among faculty worldwide this month. In early December, the circumstances of the September suicide of Stefan Grimm, a professor at London's Imperial College, became public. Dr. Grimm had been under intense pressure to meet research targets, and his death raised questions about the role of the college. Many professors say that while Dr. Grimm's suicide cannot be blamed on the institution, they too have grappled with how to maintain their mental health while balancing research, growing class sizes and administrative commitments.

One in four workers in Canada report high levels of stress, according to Statistics Canada, with professionals likelier to say that their work is directly to blame for the pressure. In some ways, the stress felt by faculty is not different from that faced by all highly-educated workers. Academics, however, have often spent more than a decade in postsecondary education before starting their careers and say their self-worth is particularly tied to their professional success. It's a perception backed up by an annual survey of faculty in U.S. postsecondary institutions, which has consistently found that high personal expectations are the top source of academics' stress.

"It's very important [in academia] to keep up a face of not only handling it all, but relishing it.… People want to hear that we're warriors, that you push yourself so hard, and you produce so much. That's a much sexier story than you took some time off and spent some time with your family," said Charmaine Williams, the associate dean, academic, of social work at the University of Toronto and an expert on mental health.

While universities have begun large-scale programs for student mental health, faculty stress is only beginning to be addressed. That needs to change, said Su-Ting Teo, the director of student health and wellness at Ryerson University. The school is now working on a wellbeing strategy that includes research on faculty and staff mental health alongside strategies for students.

Changes to postsecondary education over the last few years, particularly larger class sizes, have increased demands, professors say. In a controversial report on faculty workloads issued last spring by the Higher Education Quality Council of Ontario, the group suggested that universities hire more faculty who would be primarily devoted to teaching, possibly leading to smaller classes. Such positions are increasingly common across Canada.

In the meantime, many professors have made changes to the structure of courses to decrease assignments that require extensive written feedback.

Prof. Cawsey is spending part of the winter break deciding whether or not to include a final essay in one of the courses she is teaching next term. At the beginning of her career, she asked students to write multiple drafts of a paper and provided feedback on each one. With larger class sizes – one of her winter courses will have 90 – that has become impossible.

Research funds are also difficult to access. New funding rules that emphasize commercial potential, particularly in the sciences, mean that professors have to deal with the prospect of their careers being cut short if they don't win grants to run a lab.

"My younger colleagues are having to survive in stressful situations that I never had to survive," said Larry Moran, a professor of biochemistry at the University of Toronto. "Government policies have redirected research funds so that it's hit and miss if you get grants. ... When you fail at this job, there aren't a lot of other places to go," he said.

As a result of these multiple sources of pressure, some graduate students are cautious about entering academia. Christin Moeller, who is studying toward a PhD in applied social psychology at the University of Windsor, is taking a program that gives her the option to work in industry or government. She was all too familiar with the lives of academics from researching faculty mental health and stress as part of her graduate work.

"What makes academia unique is that everything is important and that faculty need to be excellent at everything," Ms. Moeller said. "We feel really passionate about our work … but personally, I am not sure that those types of demands until I retire are what I'm looking for." 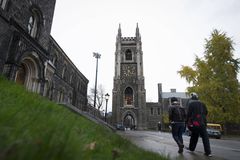 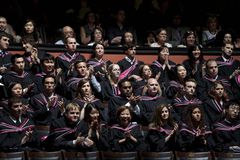 Worried about going into debt for university?
October 21, 2014 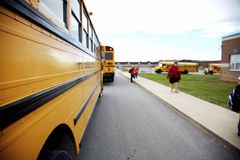