For most children in their early teens, the goal is simply to fit in with their peers and navigate the inherent awkwardness of the transition between adolescence and adulthood. But for private-school student Natasha Paikin, it also meant taking a serious look at her career prospects.

Ms. Paikin, a 17-year-old graduate of Hillfield Strathallan College in Hamilton, was prompted by her teachers and guidance counsellors as early as Grade 9 to begin considering her preferred academic subjects, then consider how they might help shape her eventual career path.

"They helped you look at things you liked to do for fun and then helped show you how you can make a career out of it," recalls Ms. Paikin, who is now attending Bishop's University in Sherbrooke.

"I decided to go with business … and I'm thinking of either going into accounting or marketing. I think what intrigued me about it was with business you could do things on your own or get jobs working for other people."

While choosing a future career might seem like heady stuff for youngsters barely old enough to go to the mall on their own, positioning their children to define a career path and acquire the necessary skills is becoming an increasing concern for parents of students attending private or independent schools in Canada, according to Anne-Marie Kee, executive director of the private school industry network Canadian Accredited Independent Schools (CAIS).

In an era when meaningful, high-income employment is becoming more difficult to find for even the most qualified university graduates, counselling students on careers is becoming a greater focus for private schools.

"What employers want are people who are innovative," Ms. Kee says.

Mr. Paikin, president of Hamilton-based home builder New Horizon Development Group Inc., is not only the father of a private school student but, as an employer, has a stake in seeing schools produce graduates with the skills needed to drive the success of firms such as his.

"The people I was hiring 25 years ago aren't the same as the people we need today," Mr. Paikin stresses.

"You need to be prepared to be capable, adaptive and communicate properly."

Mr. Paikin isn't alone in his view. A recent survey of 450 Canadian employers by the Canadian Association of Career Educators and Employers found the core skills most valued by employers include communication, analytical ability and a strong work ethic.

Indeed, at schools such as Hillfield Strathallan, administrators have made an effort to nurture what were once considered "soft" skills alongside traditional academics and extracurricular activities.

Case in point: The school recently built a 134,000-square-foot learning facility designed to foster innovation and creativity. The building eschews the classroom design of yesteryear – instead, students are encouraged to move freely and collaborate, and even separate into smaller rooms to problem-solve as they complete their daily work.

The classrooms reflect designs found in many of Canada's newest office towers, where open, collaborative spaces have become the norm in an effort to stray from the cubicle-based, communication-stifling environments of old.

One section of the facility even boasts a lab where students can design a product, then build it in the school's wood or metal shop, before returning to the lab to tweak their design. As explained by Marc Ayotte, headmaster at Hillfield Strathallan, the facility is purpose-built to allow students to explore and pursue their interests, create, make mistakes, then problem-solve to eventually complete their assignments.

At the all-girls Crofton House School in Vancouver, teachers are laser-focused on teaching many of the same "soft skills" cited as employment prerequisites by Mr. Paikin and other Canadian employers, but with a strong emphasis on experiential learning.

For example, Crofton House calls upon alumni from a range of industries to mentor girls on how they might apply skills and interests on a career path. Also, students who participate in the co-op program are given the chance to obtain real-world work experience during holidays.

"[Students] are speaking with people in the industry, and it's those connections that can prove invaluable when you're looking for a career," head of school Patricia Dawson says.

Parents of private-school students share at least one thing in common: They want the very best education for their children. That desire naturally extends to the postsecondary level, where competition is fierce to gain acceptance to top schools in Canada, the United States and abroad.

It's the reason parents put their kids on an academic fast-track, choosing either advanced placement (AP) or International Baccalaureate (IB) programs. But what's the difference, and which one is better?

Administered by the College Board, a U.S.-based academic association, the AP program is offered to students in grades 10 through 12 in a range of subjects. AP courses allow students to do university-level work, and in many cases earn university credits, while still in high school. Some students even use their AP credentials to skip their first year of university. Many private schools offer AP-level courses alongside their typical classes. Each AP course also involves a standardized exam.

According to the International Baccalaureate Organization, IB is offered in more than 3,600 schools in 146 countries, and offers four programs for students aged 3 to 19. They are: primary years for students aged 3 to 12, middle years for students 11 to 16, diploma for students 16 to 19 and the career-related certificate for students 16 to 19. Where AP is limited to high school, IB is a continuing program that, as its name suggests, features a greater international focus in its curriculum. IB's goal is to provide a more academically challenging learning experience that also balances the need for development in areas such as language and cultural studies.

Many private schools offer IB or AP, typically allowing students to enroll in either as part of their regular tuition. In other words, the cost for the programs is dependent upon the school's tuition fees, which vary widely in Canada. Additional costs for AP courses include an $89 exam administration fee.

It depends on what experience you want for your child, says Anne-Marie Kee, executive director of Canadian Accredited Independent Schools. "IB is a full philosophy with long-term programs for primary, middle school and high school, so you can study IB all the way through school," she says. "If you're an IB school, you're buying into a whole philosophy."

Marc Ayotte, headmaster at Hamilton-based Hillfield Strathallan College, says: "They're both great programs. We've chosen to stay with the AP program because it allows more flexibility for students. We have a well-rounded approach to education and we find the AP program allows enough flexibility so they can maintain their extracurricular arts or athletic pursuits." 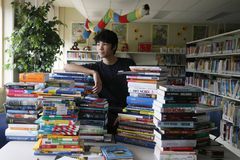 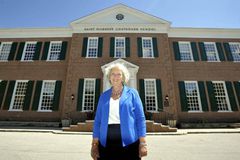 B.C. public school board boosts services to lure back students
May 11, 2018

Kids with learning disabilities can turn things around
May 11, 2018 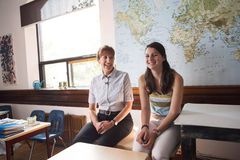 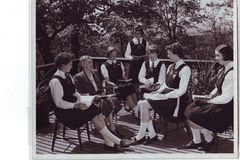 Montessori method: learning that emerges from within
May 11, 2018 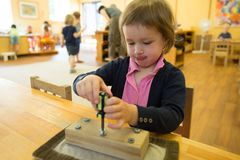 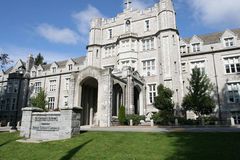 Only parents suffer when kids go away to school
May 11, 2018 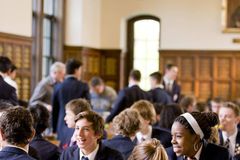 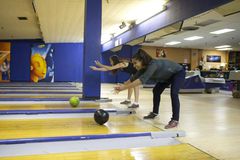