Employers say they can't fill one in five positions in Canada because the candidates don't have the right skills to do the jobs. Yet more than half of all Canadians hold a university or college degree, diploma or certificate, more than any other country in the 34-nation Organisation for Economic Co-operation and Development.

This apparent misalignment is more than an academic discussion. It has real economic consequences. A recent study by The Conference Board of Canada found that skills gaps cost the Ontario economy up to $24-billion annually – and that's one province, in one year. This foregone GDP means up to $3.7-billion annually in lost tax revenues for an Ontario government that is under deficit and debt pressures; as well as an additional $4.4-billion annually for the federal government.

There is widespread agreement that Canada requires a high-performing postsecondary education (PSE) system. By many measures, that is a reality. Our Canadian researchers punch above their weight – they are among the world leaders in citations in major peer reviewed journals. And the two thirds of Canadian adults who hold postsecondary credentials are much more likely to be employed than those without.

Yet, Canadians' literacy, numeracy and problem-solving skills are decidedly average – even among those who have completed postsecondary studies. Recent international testing found that Canada ranks a mediocre 15th out of 19 OECD countries in the adeptness of its postsecondary graduates in using technology to solve problems. This is particularly worrying because being able to use technology is crucial to making innovation and productivity gains, which are this country's engines of growth and prosperity.

The international playing field is not getting any easier. Countries everywhere are themselves reforming and enhancing their PSE systems and institutions. It's all part of their national competitiveness strategies. China is the most spectacular example: Its elite top-nine universities are rapidly moving up world rankings. Many more of its PSE institutions are emerging as top-flight centres of learning and research – all this within the last decade. Canada must adjust quickly to maintain its competitive position in the world.

Our own PSE system is broad and varied. It includes traditional universities, colleges and polytechnic institutions, apprenticeship systems, workplaces, and even community resources such as libraries and public health centres. Alignment and discussion among these stakeholders – as well as governments, employers and students themselves – is crucial if Canadian postsecondary education is to meet the expectations being placed on it.

The whole postsecondary system needs to be thoroughly examined as never before. Those who run Canada's postsecondary system, those who fund it and those who use it need a better understanding of how its component organizations are carrying out their roles. They need to know what skills and expertise they are producing in their graduates. This will give them the empirical base for deciding on precisely what to change and how to accomplish it.

This perspective will be fostered by The Conference Board of Canada's new Centre for Skills and Post-Secondary Education. One significant outcome of the Centre will be a new national strategy for Canada on PSE. The first step in this five-year mandate is the Skills and Post-Secondary Education Summit 2013: Developing the Talent We Need for a Competitive Nation, taking place this week, in Toronto.

All signs point to the urgency for a large and multifaceted research program to clarify needs, identify changes, and break down many of the existing barriers to implementing reforms. Many debates about skills and roles of educational institutions perpetuate a false dichotomy. The belief that these institutions should develop individuals with either job-ready skills, or knowledge about oneself and the world does not allow for a middle ground. The Canadian postsecondary system must compete in an increasingly crowded international pool for students, faculty, instructors, and resources. Actions to develop more world-class institutions and enhance the few that are already part of an elite group, need to be part of the conversation. As some institutions strive for global prominence, many others are under pressure to reduce the barriers that some Canadians face to enter postsecondary studies in the first place. The reality is that the diverse institutions that make up the postsecondary system fall on a continuum. Ideally, they should complement each other in developing Canadians' skills.

Michael Bloom is Vice-President, Organizational Effectiveness and Learning at The Conference Board of Canada.

Parents have no idea what you do? Bring them to work
November 6, 2013 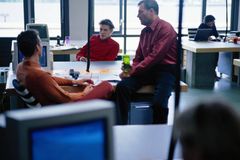 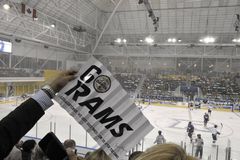