A program aimed at addressing the shortage of articling positions for new law graduates in Ontario is likely to continue for at least two more years after a committee of the Law Society of Upper Canada has reversed its earlier recommendation to terminate it.

The Law Practice Program (LPP) began in 2014 as a way to help an increasing number of people who could not find an articling placement, which is essential to becoming a licensed lawyer. But in September, a committee of the Law Society released a report that found the LPP – which was implemented on a trial basis – was perceived as a second-tier option by many law-school graduates and some in the legal profession.

Over 130 individuals and law organizations responded to the committee, many arguing that it's the profession that must change and become accepting of different paths to becoming a lawyer.

"I was disappointed in the original committee report," said Noel Semple, an assistant professor in the University of Windsor's Faculty of Law, who began a petition to keep the LPP that garnered 250 signatures. "The perception of second-tier status is something the Law Society has in its control, if they embrace the LPP and celebrate it … ," he said.

The committee was persuaded to recommend keeping the program for two more years after reading many such submissions and letters of support and praise for the LPP, said Peter Wardle, the chair of the Professional Development and Competence Committee.

About 10 per cent of law school graduates cannot find an articling position.

"When we do a consultation we don't go out to the legal community and say 'We are not going to listen to what anybody has to say.' So we said maybe we should be listening and slowing down the process ... ," Mr. Wardle said.

The final status of the program will be decided at a meeting of the Law Society's board of directors next week.

Supporters say the LPP provides a route to becoming a lawyer for groups that have traditionally had the hardest time finding an articling job, such as mature students, those who earned law degrees outside of Canada or racial minorities. The committee's review found a higher proportion of these students participated in the LPP than among those who article.

Because the LPP teaches professional skills like how to run a business, it can make it easier for new graduates to open their own office, others say.

"There are unmet needs in many practice areas in the province that are crying out for more lawyers. Family law outside of the GTA is an example," Dr. Semple said. "Articling was an artificial regulatory bottleneck that was keeping new lawyers from being licensed, and from being able to meet some of those needs," he said.

One of the most contentious aspects of the program, however, has been that it adds approximately $1,900 to every new graduate's licensing fee. Yet only about 10 per cent of Ontario grads in the program's first two years have opted for the LPP, which means thousands of young lawyers are subsidizing a few hundred of their colleagues.

"The main issue is the disproportionate weight it puts on students in that we have to pay this cost on top of already high fees," said Deepak Iyer, the vice-president of the Law Students Society of Ontario.

A respite for the LPP program could be temporary.

The debate has made obvious the need for a wider discussion and review of how the legal profession trains the next generation of lawyers, Mr. Wardle said. Since a few years ago, when the articling crisis was first discussed, the labour market has become even more complicated.

"We have a bigger group of international law graduates – there has been a real growth of Canadians who go to England and Australia and do law degrees and come back. We have a real slackening growth in demand for young lawyers," he said.

In the new year, the committee will release some guidelines about what such a review could encompass, Mr. Wardle said.

Correction: A prior version of the story indicated that the fee for the Law Practice Program added $2800 to licensing fees. The figure has been corrected 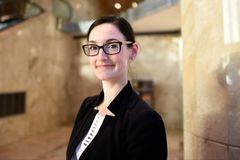 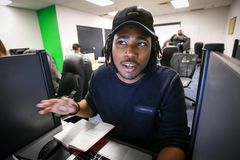