Gordana Pejic felt like she faced an invisible wall after she came to Canada from Serbia in 1999 and began looking for an engineering job. The new immigrant had valuable skills, but didn't know how to get a toe hold in the workforce.

Today, more than a decade after arriving in Vancouver, she has a job she loves as an embedded software engineer on the research and development team at Océ Display Graphics Systems Inc., a Canon Inc. company that makes large-format digital printers. A mentor helped her reach her goals and now she is guiding other female newcomers to scale the "the wall of not knowing, of not having Canadian experience."

It is her way of giving back to her new country, which in the coming years will require increasing increasing numbers of people trained in the STEM professions: science, technology, engineering and math. Women are still dramatically outnumbered by men in these fields in academia, government and the private sector. One possible solution is attracting more women like Ms. Pejic, but Canada faces challenges in both getting women with these skills to come here and helping them find jobs once they arrive.

The number of skilled immigrant women coming to Canada with degrees in science and engineering peaked at 5,108 in 2001, and has been steadily dropping since, to 1,281 in 2009, according to a 2010 report produced by the Natural Sciences and Engineering Research Council of Canada, one of the three main federal granting agencies that funds research at universities across the country.

That pattern is not as ominous as it might seem, however. It is linked to the bursting of the dot.com bubble in the late 1990s, says Charles Beach, an expert in immigration and labour markets at Queen's University in Kingston. It was a unique event, Dr. Beach says.

He says there hasn't been much detailed debate or discussion about using immigration as a way to boost the numbers of women in science in Canada.

But Ottawa is considering another change, he says, a new "expression of interest" model that has been adopted in New Zealand and Australia, Dr. Beach says. This would involve the Canadian government putting the information about the skills of potential new immigrants up on an electronic notice board. If an employer expressed an interest in someone with those particular skills, the government would consider fast-tracking that application. It might make it easier for employers to boost the number of women they hire.

"If there is a fair demand for engineers and computer types who might be women, this is a way for the supply side to present itself and then let the demand side follow up."

Recent studies have flagged another potential problem in attracting immigrants with experience in science and technology. Students from India and China, traditionally an important source of STEM professionals in the United States, are finding more opportunities in their homelands and are contributing to the tech boom there.

Even if highly-skilled immigrants are fast-tracked however, it can be difficult for them to break into the workforce.

When Ms. Pejic, then 29, landed at the Vancouver airport, she didn't know anyone. She was at the start of her career, with a degree in engineering but no experience.

She credits Maggi Bailey Carson, a "host" she met through a program offered by the Immigrant Services Society of British Columbia, for helping her land her first job and making her feel comfortable and welcome in Canada.

Ms. Bailey Carson became her mentor and helped her understand the subtle, unwritten rules of Canadian culture, like how to make small talk, and together they worked together to improve her English. She also helped Ms. Pejic rewrite her résumé and then passed it on to a relative who worked at Ballard Power Systems, the suburban Vancouver fuel cell company. Ms. Pejic was quickly hired as a technician. From there she moved to a start-up company, which she recommends as a good place for immigrants to gain a wide range of skill. While she was working, she earned another degree, this one in software.

Ms. Pejic says small acts of kindness helped her get ahead. But formal programs can also help new immigrants. Over the years she has seen the importance of internship programs that give newcomers the Canadian work experience they need.

Ms. Velasque, 34, worked in the pharmaceutical industry in Peru for 10 years, but came to Canada because she wanted to get into biotechnology and felt there were more options for her here.

Before she arrived, Ms. Velasque, 34, had checked out the website for Immigrating Women in Science and Technology, and said it offered valuable information about the barriers skilled immigrants face in career advancement. She enrolled in the MBA program at Simon Fraser University, and landed an internship at SemiosBIO, a biotech company that develops pest-control solutions based on pheromones, the chemicals produced by insects that trigger a social or chemical response in members of the same species. The company hired her.

"One barrier is getting accreditation from professional associations and educational institutions. Based on this knowledge, I applied for Canadian equivalency from my home country and got the results before moving to Canada, saving valuable time," she says.

Ms. Pejic is glad the program is helping women like Ms. Velasque.

Her hope is that more Canadians will take the time to reach out to the newcomers who bring their skills and experience to this country. "My intention is to inspire other people to put three to four hours per month of their time into mentoring and helping others." 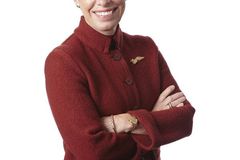 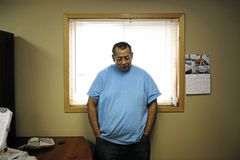 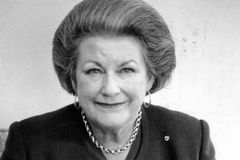