The abacus, that ancient, no-batteries-required, bead-based calculator, is making a comeback in after-school programs across Canada.

The schools, which are modelled after programs common across India and Japan, use the low-tech tool to teach children to perform complex calculations without the help of pen or paper. Dozens have taken root in Canada over the past eight years, mostly in areas dense with Southeast Asian immigrants.

The promise of better math grades has a powerful appeal at a time when Canadian students are slipping behind on standardized tests.

Abacus schools started spreading throughout Asia in the late 1990s, and crossed the Pacific in the early 2000s. In Canada, the largest chain of schools, UCMAS, has more than 2,500 students in close to 40 locations in Alberta, British Columbia, Ontario and Quebec, and plans to open three new schools in coming weeks. In Vancouver, Norie Ikoma has seen her abacus school roster balloon from two students in 2004 to nearly 100 this year. She is a second-generation abacus teacher, and like her parents, who operate five schools in northern Japan, she likes to keep her classes small and personal.

"I like working one-on-one with each of my students," she said. "The abacus helps them understand numbers and I like to see their confidence grow."

She charges $60 a month for her weekly classes, about half as much as similar tutoring services.

Wednesday evening, in a preschool in Richmond, B.C., Ms. Ikoma moved between about a dozen pupils, marking their worksheets with a red pen. Abacus beads clicked in the background as children chatted and worked on mental math games.

Ten-year-old Vedanshi Vala was dividing unwieldy four-digit numbers with lightning speed. Her fingers tapped the desk as she imagined shifting the abacus beads.

Her mother, Viral Vala, enrolled Vedanshi and her five-year-old sister, Shreyanshi, in abacus lessons after family members in India started raving about how much it helped their children get ahead in school, especially in math.

Ms. Vala is pleased with the results, saying Vedanshi now has an easier time grasping bigger mathematical concepts. She also comes in handy at the grocery store.

"They ask me to add up all the things we're buying," Vedanshi said. "My parents use me like a calculator."

Students start by doing basic addition and subtraction on an abacus and slowly build to solving complex multiplication and division problems by visualizing the beads in their mind – a technique known as mental abacus.

An 11-year-old girl from Surat, India, recently made headlines when she set a record at the Mental Calculation World Cup. The competition's youngest participant used mental abacus methods to calculate the square roots of 10 six-digit numbers in six minutes 51 seconds.

Although most of the interest in abacus comes from the Southeast Asian community, Canadian parents of every stripe are raising concerns that schools aren't doing a good enough job teaching the basics of math. That sentiment has fuelled the growth of tutoring services such as Kumon, which has 326 sites and 54,923 students in Canada.

Abacus classes are similar in that they offer a back-to-basics approach to math. Advocates say the fluency in calculation it teaches helps students in the classroom, enabling them to devote their attention to the broader mathematical concepts behind the lesson.

Research into the benefits is still in its infancy. A Canadian academic, David Barner, is part of a team of researchers conducting the first-ever longitudinal study on mental abacus techniques. The preliminary results will be released this spring, but in the meantime, the proven effects are somewhat limited.

"Many children get a lot of fun out of it … and it's clear that it's a really astonishingly good way of building mental arithmetic skills," said Michael Frank, a psychology professor at Stanford. But "the jury is still out," he said, as to what broader, more long-term benefits there may be to studying the abacus.

It has sparked the interest of some Canadian educators. Ms. Ikoma said she has tutored teachers from the Vancouver School Board who were interested in abacus as a pedagogical tool. She has even met with one teacher who believes that abacus might provide helpful mental training for students with autism and ADHD.

"I don't know if abacus will work with those students," she said. "But I know for many abacus builds confidence, and confidence is the most important thing." 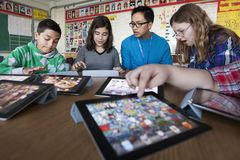 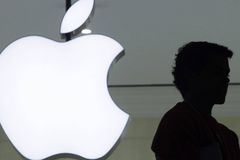 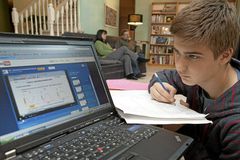