The school will unveil the Mordecai Richler Reading Room on Thursday, outfitted with the late novelist's simple, rough pine desk, Smith Corona typewriter and the ashtray where his Montecristo cigars once smouldered. The artifacts are part of a large archival gift from the Richler family, which includes about 6,000 of the author's books, many of them annotated, which will be accessible to students and faculty.

The recreation of the office that was in the family's Eastern Townships summer home is a monument to Mr. Richler in the city he chronicled for decades. Nearby McGill University was offered the collection first and turned it down, raising questions about how Mr. Richler is remembered by a city where his barbed writings about francophone culture made him some enemies, and whether Canada pays sufficient tribute to its literary giants.

"The question becomes, does he survive his age?" said Michael Levine, a lawyer who acts for Mr. Richler's literary estate and brokered the donation. "Preservation of memory is a very delicate exercise, and a great deal of it has to do with the academic community."

Concordia's new archive is mostly of books, papers and odds and ends – tobacco, magazines, the author's passport, etc. – from the Richlers' cottage at Lake Memphremagog, in Quebec's Eastern Townships. (The University of Calgary has 265 boxes of letters, manuscripts and other papers.) The cottage became Mr. Richler's preferred haven for writing, and he finished the bulk of several major works there, including Solomon Gursky Was Here and Barney's Version.

"It was an amazingly quirky and idiosyncratic collection, as you would expect for a restless mind with no space limitations on his bookshelf," said the author's son Jacob Richler, a journalist, calling it "a lovely legacy."

Concordia seems a fitting home. Mr. Richler was a student at Sir George Williams University, one of two schools that merged to form Concordia in 1974, but he dropped out, later returning as a writer in residence. He would pass Concordia's J. W. McConnell Library, which houses the reading room, on the walk from his apartment to his favourite lunchtime restaurant, Le Mas des Oliviers.

Mr. Richler's relationship with Quebeckers was often tense. His writings criticized and satirized Quebec's establishment, and "there are people who say nasty things about Richler, but he was one of the few great novelists in the history of this country," said David Staines, English professor at the University of Ottawa and the general editor of the New Canadian Library.

McGill gave Mr. Richler an honorary degree in 2000, and later named a writer-in-residence program after him thanks to a donation from his wife, Florence. But when offered the archival gift, the university replied that it did not have space to recreate an office, said Mr. Levine, who was "taken aback."

In an e-mail, McGill vice-principal Olivier Marcil said the problem was not lack of room, but wariness about making a permanent commitment to the display.

"In all discussions, it was clear that the will of the family should prevail, but we would not be in a position to accept anything lest we were fully prepared to support the care for the collection in perpetuity and provide adequate and appropriate space for the 'diorama' which at the time was not readily available," he said. 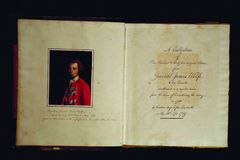 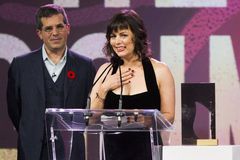