Just one of four PhD graduates becomes a professor, which begs the question of how to capitalize on the talents of those not headed for academia.

One answer, many believe, is internships at the master's, doctoral and postdoctoral level. Such programs give young scholars an early taste of working in industry and help Canadian companies boost research and development activities.

"We have a huge number of reports that talk about innovation being critical and for the need for creative thinkers with the capacity to move ideas to market," says Janet Walden, vice-president of research partnerships for the Natural Sciences and Engineering Research Council (NSERC), which offers an industry internship program. "A huge amount of talent comes out of our universities and with that talent comes a lot of ideas and knowledge and you want to put that to work for Canada."

However, matching companies and researchers is a challenge. Canada lags the United States in the proportion of PhDs in industry, research shows, and newly-minted PhDs, with theoretical expertise, typically lack job-ready experience.

Over the past few years, internships have become a popular tool to forge industry-academic connections.

Last January, the federal government announced $35-million over five years for Mitacs, a national not-for-profit organization, to support research and development at 1,200 companies through 4,800 internships for graduate students and postdoctoral fellows.

Companies put up at least $10,000 a year (the average contribution is $25,000), with another $30,000 a year from NSERC, to hire a PhD graduate for two years to work on research relevant to the employer and the intern.

The promise of a low-cost, low-risk courtship appealed to P&P Optica, a Waterloo, Ont., company that customizes spectrometers (a tool that measures light to identify materials) for medical and industrial uses.

"You get a highly educated, highly skilled person and you provide them with a competitive salary but you only pay a portion of it," says P&P president Olga Pawluczyk, whose company hired Rashid Abu-Ghazalah, a PhD in biophysics, in 2010. As a startup, P&P could not have afforded to hire someone with Mr. Abu-Ghazalah's expertise, she says.

At the time, he was wrapping up a postdoctoral fellowship at the University of Toronto and weighing career options. He enjoys teaching, but not the grant-writing demands of academia, so was eyeing the private sector.

"We have so many grads with PhDs who can't get in to academic positions and getting a job is fairly tough because we don't have a really big R and D community in Canada," Mr. Abu-Ghazalah says. Half-way through his internship, he was hired full-time as the company's research and development scientist.

"When the NSERC funding ended, he was fully-trained, 100 per cent, to P&P's way of doing things," Ms. Pawluczyk says. "Over the two years, he became an integral part of the company."

Other programs similarly aim to deepen ties between industry and academia.

In 2011, the federal government added Connect Canada, a new national internship initiative, to its Industrial Research and Development Internship program.

Managed jointly by research network Auto21 Inc. and the Centre for Career Education at the University of Windsor in Windsor, Ont., Connect Canada received $5-million over five years to facilitate industry placements of between four and six months for graduate students and postdoctoral fellows. Through a confidential online "job board," a company identifies a research need that attracts the interest of a young academic working in that area or the researcher submits a proposal of interest to a company.

"The company gets work done on a meaningful R and D project … and they can make a connection with a leading Canadian person in academe who could be an asset for them for decades to come," says Peter Frise, scientific director and chief executive officer of Connect Canada. He says one company president aptly describes the initiative as "the world's cheapest executive search firm."

Beyond recruitment, internship programs help to keep young talent in Canada. "Our country spends an awful lot of money on the education of higher degree qualified people," Mr. Frise says. "It makes no sense to have them leave the country afterward."

Researchers receive $5,000 each from Connect Canada and the employer. To date, Connect Canada has facilitated placements for 100 interns, with a total of 750 expected by 2016.

One of them is Hart Honickman, who is completing his PhD in mechanical engineering at the University of Windsor. He landed an internship with Canadian aerospace manufacturer Bombardier last year. His theoretical research work on composite materials, which have potential to improve aircraft efficiency, is of potential long-term interest to the company.

The 10-month internship "immersed me inside the third biggest aircraft company in the world," Mr. Honickman says. "I got to learn a ton about how aircrafts are really being built and how what I am studying can be applicable to that."

Bombardier got an early look at a potential future hire who, in carrying out his research, acquired job-ready skills of value to the company.

"For the aviation industry we would like to promote its growth and for that we need trained talent," says Leo Kok, senior engineering specialist in advanced structures for Bombardier. "This is a way to have people we can train internally."

Stubborn infections one of the targets of research park biotech labs
May 11, 2018 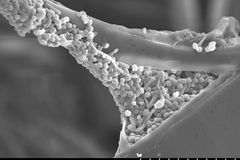 When mushroom farmers had a problem, here's where they turned to for help
May 11, 2018 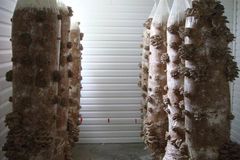 From Parkinson's to climate change: The problems Canada’s Research Chairs are solving
May 11, 2018 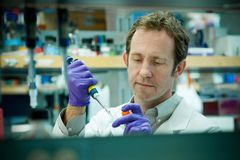