Counsellors and help lines are ready as northern schools prepare for mandatory classes on residential schools in the very communities where their impact may have been the worst.

Teachers from across Nunavut and the Northwest Territories are in Yellowknife this week to learn how to deliver the new course in Grade 10 classrooms for the first time later this month.

"This is risky," said John Stewart, one of the curriculum's authors. "There's things where we can't predict where this is going to go. But what we do know is that this is at the root of a bunch of things and if we can start to deal with some of those things, then there's hope."

Other provinces teach units about residential schools, but none has gone as far as the two territories.

The program takes 25 classroom hours – about one-fifth of the Grade 10 Northern Studies class – and every high school graduate, aboriginal and non-aboriginal, is to pass through it.

Residential schools, run by priests and nuns across Canada for more than a century, were sanctioned by the federal government. Aboriginal children as young as four were taken from their families and forced into the schools, which were intended to educate and assimilate the students. Physical and sexual abuse was rampant.

Although aboriginals everywhere attended the schools, their lingering impacts may be strongest in the NWT and Nunavut. They had some of the last operating schools and still have Canada's highest per capita number of residential school survivors.

"A majority of our community has been affected in some way by residential schools," said Anna Leishman, who has taught in the hamlet of Chesterfield Inlet in Nunavut since 2001.

"Bringing it up, you wonder what kinds of feelings are going to be brought up with students, whether their parents or grandparents were in there. Trying to get the feelings out on the table – I'm just wondering how the kids will cope."

Notes will be sent home advising parents when the unit is about to begin, complete with a historical summary on residential schools and contact numbers if parents have questions.

Mental health counsellors, both locally and through a 1-800 number, will be available for anyone troubled by what arises in class. That will include teachers, about 85 per cent of whom come from the south and may have no idea of the schools' legacy.

"What we don't want to happen is that the student is exploring something at school, comes home and it's a shock for someone who is battling more or less successfully with the issues that may have come from their experiences," Mr. Stewart said.

The course's content has been provided by the Legacy of Hope Foundation, a group funded through money that came with the federal government's apology for residential schools. It will include recorded interviews with those who went through them – including some who became leaders, such as former NWT premier Stephen Kakfwi.

Marie Wilson, head of the Truth and Reconciliation Commission that gathered stories and information on the schools from coast to coast, said the fact the unit is mandatory makes an important point.

"This is not about aboriginal history. This is about Canadian history."

All Canadians need to understand the residential school story to allow the country to get past it, Ms. Wilson said.

"Ignorance has not served us well – including within aboriginal families. Many, many times indigenous youth sense things are not right, but they don't know why the way things are the way they are. They have no idea what has gone on with their family members."

Ms. Stewart said the curriculum was well received when it was tested in eight communities last year. "The activities seemed to work. [The students] will listen. The teachers' feedback to us was: 'We've had conversations that we've never had anything approaching – especially from some kids we never hear from.' "

The University of Victoria is conducting a study of the program's first year in an attempt to measure its results.

Ms. Leishman said she's looking forward to bringing the material to her 19 students, who walk past the remains of Chesterfield Inlet's old residential school every day. "I'm looking forward to something that is focusing on the history of the North and our kids. We spend a lot of time on World War I and World War II … It should be just as important for kids to learn about something that happened on their back door." 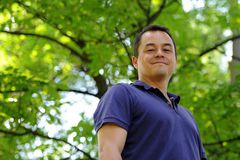 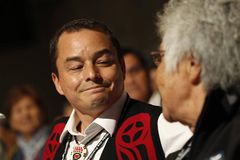 Opinion
Canadians need to be educated about trauma of residential schools
February 24, 2012
The trials of Nunavut: Lament for an Arctic nation
April 1, 2011 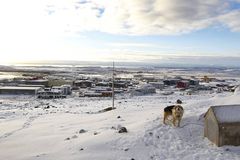 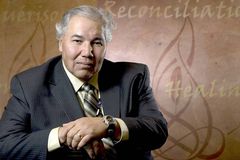