For children, to play is to learn. In many of the places Right To Play works around the world, due to a variety of reasons spanning from war to poverty to disease, children do not have the right to play as outlined in the UN's Declaration of the Rights of the Child. To that end we invest a great deal of time and effort to facilitate, where we can, the provision of safe spaces in which children can play. It should come as a surprise to no one, therefore, that we will always advocate for children and their right to play in secure schoolyards.

The play spaces owned and maintained by the Toronto District School Board represent a critical component of children's and youth's healthy physical, mental and social development. Play engages children in their own learning and allows for the early development of healthy lifestyle habits that extend into adulthood. Schoolyards are accessed by children and youth every day and play a vital role in the regular continuation of their healthy development.

Play is a powerful tool and it is about much more than just fun and games. Play represents children's natural response to their environment. Play is an essential part of one's education. Through play-based learning, we see improvements in children's health (both physical and psychological) and academic performance in the more than 20 countries where we work. For example, we use play-based learning to teach children about protecting themselves from malaria: Eighty-four per cent of children in our programs in Uganda report knowing to sleep under a mosquito net versus the 10 per cent national average provided by UNICEF.

Furthermore, given the nation-wide concern for what has been described as the epidemic of childhood obesity, diabetes and physical inactivity, a reduction in access to safe play spaces is both counter-intuitive and unsustainable. Only 12 per cent of Canadian children and youth are currently meeting national targets of physical activity, indicating that most of these schoolyard spaces have yet to meet their full potential. We also know that the habits and attitudes towards physical activity that we develop in our youth stay with us for the rest of our lives.

Schoolyards provide a public service bringing together people to play, to take part in sports leagues and to facilitate other events for the surrounding communities. Right To Play has shown that the existence and availability of safe and accessible play spaces is not a luxury, but a key component to children's education and healthy development.

Maintaining children's access to the highest quality of safe play space is, fundamentally, preventative public health. We all know that once space is sold it will likely never be replaced, so we urge everyone to support a child's right to play and to avoid at all costs the diminution of existing play spaces.

Robert Witchel is the National Director of Right To Play, a Canadian-based global organization that uses play to educate and empower children.

Report into Toronto school’s overspending lays no blame and yields few answers
May 9, 2018 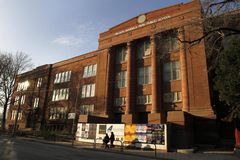 What could your kids’ school do better? TDSB wants to know
May 9, 2018 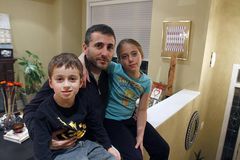 new
TDSB considers portables for kindergarten to save cash
May 9, 2018 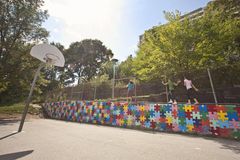