The Ontario government has quietly asked the public high-school teachers' union to extend its current contract – a move that would give the ruling Liberals labour peace in secondary schools until after the next election.

An internal memo sent to teachers and support staff on Friday, a copy of which was obtained by The Globe and Mail, indicates that the union had received a request from the province and is now considering it. Local leaders of the Ontario Secondary School Teachers' Federation approved a motion to begin internal discussions on extending the current collective agreement, the memo said.

The move comes days after Premier Kathleen Wynne confirmed she is ready to loosen the provincial purse strings for the next round of talks with public-sector unions.

It is unclear from the memo what the length of the extension would be. All collective agreements with education workers in the province are to expire next August, and even a one-year extension would give the Liberals labour peace during an election, which is expected to be held in the spring of 2018.

The Liberals need to keep a strong relationship with teachers' unions, in part because teachers are key members of the party's political base and in part because no labour dispute draws more attention than those involving schools.

The OSSTF memo said that the government approached the union about a possible extension.

The union will create an advisory group and will also draw up a "draft extension brief with a very limited scope of issues that should be pursued," according to the memo.

"We are exploring the possibility of an extension," Mr. Elliott said in an interview. "We are open to exploring all possibilities."

He cautioned that this discussion does not guarantee an extension on the collective agreement, and if talks break down, the union is prepared for another round of contract negotiations next year.

The current agreement, reached last August, ended a tough time of negotiations during which the OSSTF unleashed strikes at school boards in the Toronto area and Northern Ontario, and the government legislated the teachers back to work. Wrestling a deficit, the province insisted all labour deals be "net zero," meaning something must be cut to offset the cost of raises.

Earlier this week, Ms. Wynne confirmed she will pony up more money to buy labour peace in the next round of collective bargaining by lifting the requirement that new deals be net zero.

The net-zero mandate led to a series of constrained labour deals over the past two years. But the improving economy, rising tax revenue and shrinking deficit mean the government will now spend more money to reach deals.

"That was in a period of time and we have been through that period. It's been a challenging time in those conversations with public-sector employees," Ms. Wynne said of the net-zero era earlier this week. "We have to work with our [union] partners so that they can be supported in the work that they do."

Treasury Board President Liz Sandals, who will oversee labour negotiations across the government, said this week that as the province's economy continues to gather steam, she will be reviewing how much money is available for labour deals.

The Liberals expect to table a balanced budget next year after eight years of deficits. But Ms. Sandals cautioned provincial employees not to set their hopes too high for fantastic new contracts.

"Oh, I didn't say we were going to make it rain," Ms. Sandals said when asked if the government would offer significant largesse to workers. "Don't put words in my mouth."

The extension to the collective agreement was raised while OSSTF was in discussions with the government about a remedy to a court ruling. The Ontario Superior Court of Justice recently ruled that the government violated teachers' Charter rights in 2012, when it temporarily suspended the right to strike and imposed contracts on some teacher unions. 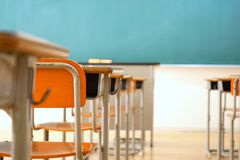 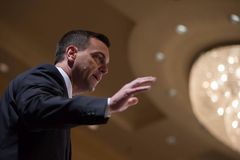