Schools are being closed because Ontario lags behind other provinces in collaborating with the community to find alternate uses for buildings left empty by declining student enrolment, according to a new report.

In its annual survey of elementary and high school principals, advocacy group People for Education found that more than 125 schools are slated or recommended to close over the next three years. At the same time, just 15 per cent of elementary and 28 per cent of secondary schools have designated school-community staff liaisons, the vast majority of whom don't get time aside for the work.

Declining enrolment will require that some schools close, but many could be saved if they served as community hubs, where residents can go to access social workers, medical professionals and after-school programs, according to Annie Kidder, executive director of People for Education.

"We need a coherent policy and funding that crosses ministries so that schools can become a one-stop-shop for kids and parents," she said.

The survey revealed a number of other enrolment-linked concerns, including declining ratios of librarian, music teachers and special education staff to students.

Student enrolment numbers have dropped 13 per cent at the elementary level, 10 per cent at the secondary level since 1998 thanks in part to declining birth rates. Education funding is dispensed on a per pupil basis and schools have struggled to afford to keep partly empty school buildings open and maintain staffing levels.

The findings surprised even the report's authors and prompted the Minister of Education, Laurel Broten, to promise to review whether caps should be allowed at all.

"I'm going to look into it to see whether that practice is appropriate," Ms. Broten said in a telephone interview with The Globe and Mail earlier this month.

"We'd been hearing from principals about these caps, but were shocked by the percentages," said Ms. Kidder. "We've talked to parents who have waited one, two, three years for their child to get an assessment, and in the life of a child that's a really, really long time."

The survey was mailed to every school in the province, and follow-up questions were asked of about 400 principals who said that their school boards had introduced caps. No one knows when the practice of capping wait lists started, but Ms. Kidder said her organization first started hearing about them about three years ago.

Across Ontario, school board psychologists are being stretched thin, and most schools see just a handful of students – often just three or four – assessed each year. Principals are forced to prioritize the neediest cases, and parents are being driven to pay privately to have their children assessed, a process which can cost as much as $2,500.

Incidence rates of some learning disabilities have climbed as has spending on special education, which is up 86 per cent over the last decade, to more than $2.5-billion this year.

Some educators have raised concerns that special education could become a black hole for funding.

"Special education needs have increased, but we need to make sure that the money that we spend is going to help our kids," Ms. Broten said.

She said the ministry will seek a better understanding of why schools are instituting waitlist caps, before making a decision about whether they are warranted.

Ms. Kidder said many principals felt the waitlists were getting too long and unmanageable.

Access to special education supports is unlikely to improve any time soon, as school boards are cutting staff in order to cope with budget crunches. The Toronto District School Board recently cut nearly all of its educational assistants working in regular classrooms, many of whom worked closely with students with special needs.

And in his review of public services, Don Drummond recommended cutting 70 per cent of non-teaching staff, including school board psychologists and education assistants. (Ms. Broten said that special education needs were one of the reasons her ministry wouldn't accept that recommendation.) Ms. Kidder said there may be ways to make the system more efficient, including standardization of services and cross-boundary transfers. Currently, students who switch to a different school board must be re-assessed in order to continue to receive supports. This creates a duplication of diagnostic resources.

Special education is a major issue for her organization: Forty per cent of the calls it gets are from parents who have become confused or frustrated by the special education system.

Malkin Dare, president of the Society for Quality Education, said her organization hears lots of complaints about special education and growing wait lists, too.

Ms. Dare would like to see special education funding attached to individual children, rather than as a percentage of the student population.

"There is no accountability in the system right now," she said.

People for Education's survey was distributed across Ontario and saw a return rate of 22 per cent, or 1,108 elementary and secondary schools. 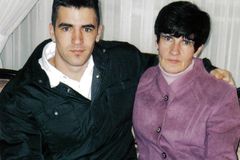 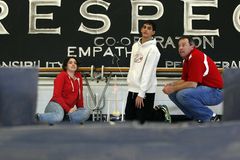