Negotiations between the Ontario government and high school teachers will resume this week, as the union backs off political protests and the province promises to respect local bargaining.

Ontario Secondary School Teachers' Federation president Ken Coran announced Monday that he had directed members to resume leading extracurricular activities such as clubs and sports teams based on the provincial government's commitment to drafting a new negotiations process that would prevent teachers' contracts from being imposed through legislation like they were earlier this year.

"Some people are just so upset about how this whole process started and played out that they may just never come back [to leading extracurriculars]," he said.

Mr. Coran expects that the "silent majority," or about 80 per cent of his members, will resume voluntary activities such as leading debate teams, coaching track or chaperoning proms.

The negotiations will focus on existing contract terms (which were imposed through Bill 115) and for new contracts set to take effect in the fall of 2014. Ontario's new premier, Kathleen Wynne, has refused to re-open existing contracts, but Mr. Coran said that some cost-neutral changes could still be made.

An internal memo to OSSTF members obtained by the Globe and Mail shows that three unpaid professional development days – which amount to a 1.5 per cent pay cut – are a "priority issue" for the union. One possibility would be for teachers to trade three mandatory unpaid days for an optional window of between one and six unpaid days, a cost-neutral trade that was negotiated in local bargaining sessions in November.

The confidential document also identifies, as a long-term goal, protecting the pay grid that enables teacher salaries to climb from about $40,000 to $90,000 over ten years based on education and experience. (Legislation introduced in September sought a revision to that grid, with a view toward savings.)

Mr. Coran said negotiations between high school teachers and the province would begin this week, and that local discussions would resume as early as next week. The Elementary Teachers' Federation of Ontario is meeting in the coming days with the province, and its leadership is expected to consider resuming extracurriculars later in the week.

Pressure has been mounting in recent weeks for teachers to stop their political protest, as fears grew that the loss of extracurriculars could drive students away from the public system into Catholic or private schools.

"The concern is that Grade 8s are making their choice right now whether to go Catholic or public schools," said one Windsor, Ont., high-school teacher with close to five years' experience. "If we lose a lot of student enrolment, younger teachers could lose positions."

The rise in these concerns coincided with a leadership change for the Ontario government, which has resurrected talks between union leaders and the province under new premier Kathleen Wynne.

Sources said local OSSTF leaders learned of the motion being brought forward the night before Friday's vote. There was a passionate debate in the room Friday, but in the end, local presidents were asked to trust their leadership, sources said. Many – not all – agreed to the request that teachers reinstate extracurriculars.

There was fear that an Ontario Labour Relations Board decision could affect high-school teachers. (Two small school boards, Upper Canada District School Board and Trillium Lakelands District School Board, are arguing that the elementary teachers union has mandated teachers to stop voluntary activities, which they say constitutes an illegal strike. A decision is expected shortly.) There was also concern among OSSTF leaders that public opinion was no longer in their favour, sources said. Multiple meetings between OSSTF and the government Thursday led to an agreement to formalize the bargaining process, a government source said.

The union's executive voted unanimously to restore extracurriculars based on progress made in those talks, but some local-level leaders opposed the idea. 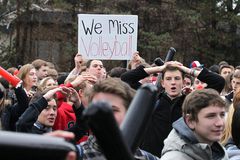 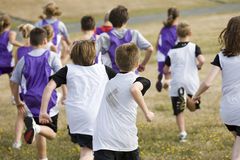 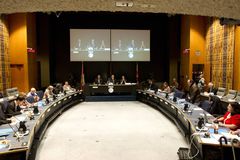