Some Ontario teachers are breaking ranks and resuming their participation in school sports teams and clubs, but those who do so are coming under pressure from their peers.

This small group of teachers say they no longer want to hurt their students by withdrawing from extracurricular activities, as advised by the unions representing elementary and high-school teachers working for public school boards.

Educators told The Globe and Mail that as a result, colleagues have put notes in their mailboxes, threatened to shun them and created e-mail addresses where they can anonymously report teachers who give time to school clubs, sports and other activities outside the classroom.

With a contract imposed, it's now up to teachers to decide whether or not they want to resume voluntary activities. Many are torn. While they enjoy coaching and clubs, frustration with the provincial government has reached new heights. Still others resent union leaders for asking them to give up their favourite part of the job.

Greg Pietersma, chairman of eastern Ontario's Upper Canada District School Board, said that a union steward indicated to one of his high-school principals that the union was encouraging teachers to "shun" colleagues who engaged in voluntary activities. In another incident, two teachers who had planned an overnight excursion with their class were approached by the union and ended up not accompanying the students. Mr. Pietersma said the trip still went ahead, because there were enough parent volunteers.

"This doesn't sound to me like it's calming down. This sounds like ramping up to me," he said.

One high-school teacher who works with at-risk students resumed extracurricular activities when school began after the Christmas holidays, and talked about getting literature from colleagues about why teachers should continue their boycott of extracurricular activities. "Really, I thought, what political statement am I making? And my answer is none. I'm just punishing people [the students] who really don't deserve to be punished," the teacher said.

Withdrawing extracurricular activities is now one of the only ways teachers have to show their frustration with the government, said Ontario Secondary School Teachers' Federation president Ken Coran.

"They're still extremely displeased with the way the government has handled this, and they want a visible way to show their displeasure," he said.

Teachers who want to resume leading teams and clubs might be feeling more uncomfortable than pressured, he said, given that so many of their peers have made a different decision.

But school board officials are hearing complaints from their staff.

"Some principals are telling us that teachers are being pressured by colleagues not to participate," said Warren Kennedy, director of education of southwestern Ontario's Greater Essex County District School Board. "It's adding to the confusion and people are having to make tough decisions."

Caroline Orchard, a retired math teacher who supply-teaches in Ottawa, coaches her school's alpine racing team, snowboard racing team and ski club. She never stopped doing extracurricular activities, despite the union's wishes. A teacher at her school planned on reporting her, but Ms. Orchard took it upon herself to call the union. She has not heard back.

Teachers staged after-school protests last week after the Ontario Labour Relations Board ruled that any walkouts that would shutter schools were illegal. Teachers are expected to conduct more protests outside the Liberal leadership convention this weekend.

McGuinty says teachers in ‘their heart of hearts’ want to bring back extracurriculars
May 11, 2018 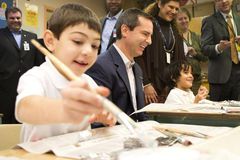 Ontario liberal leadership candidates push for peace with teachers
May 11, 2018 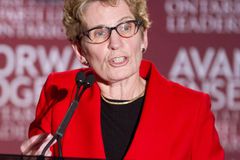 Legal arguments drag on over Ontario teachers’ walkout
May 11, 2018 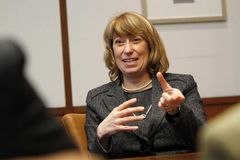 Tensions deepen between educators and Liberal government after labour board ruling
May 11, 2018 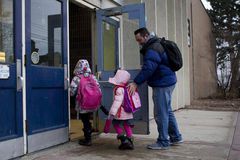