Ontario's government is following through on plans to double the length of teacher education programs, but has knocked universities off balance by demanding they make the switch with 20 per cent less funding for each student.

The province will extend teachers' degrees from one year to two, starting in 2015.

The number of teachers'-college spaces will be cut to 4,500 a year, from the current 9,000, in an effort to ease a backlog of teachers that has been building for years, and teachers-in-training will have more time to learn key skills. But the government is also slashing per-student funding to education programs, leaving universities frustrated, teachers colleges facing a funding crunch, and smaller schools that rely heavily on high enrolment in their education faculties feeling the sharpest pinch.

"When you get a drop in per-student funding, and at the same time are being asked to fundamentally restructure the curriculum, make it longer, which would allow you to do more … that is going to have a quality impact," said Bonnie Patterson, chair of the Council of Ontario Universities.

The plan to lengthen teachers' education has been in the works for years, and promises to bring Ontario more in line with other provinces, where two-year degrees are standard. It will double the minimum time each student spends in classroom-based practicums from 40 to 80 days, giving them more valuable hands-on learning.

Colleges will also be able to add more training in areas such as special education and student mental health, which many teachers receive well after starting their careers, if at all.

But the cut in funding caught universities off-guard. Brock University, which currently has 657 education students, expects to lose $2,500 in provincial funding per future student. "It will have wider implications [for the university], I would think," said Greg Finn, Brock's vice-provost and associate vice-president academic.

"We're still trying to figure out exactly what that hit's going to be."

The government argues education programs are overfunded by a formula that puts them on par with engineering and pharmacy programs that are more costly to run. Brad Duguid, the province's Minister of Training, Colleges and Universities, promised some "bridge funding" to help ease the transition, but acknowledged that the more education students a school has enrolled, the more it will suffer financially.

"We're sensitive to that. We want to work with our partners," he said, promising one-on-one consultations.

Nipissing University will have to be "very creative" in adjusting to the new system, as teachers'-college enrolments make up a sixth of the university's student body, said vice-dean of education Carole Richardson.

"It will be somewhat challenging, there's no doubt about it," she said, but added that "in many ways it's a very exciting time."

The Ontario College of Teachers, which will be responsible for accrediting the new extended programs, welcomed the announcement, saying the changes will allow for specialized training to meet the needs of students.

Frank McIntyre, a researcher at the OCT, said Ontario's shortage of jobs is "certainly the worst that I've seen and I've been tracking it for over 20 years," noting that one in three graduates can't find a job in the field. Hundreds of graduates leave the province to find work, with the hope of one day returning to teach in Ontario, he said, and the government's announcement should stem some of the oversupply. 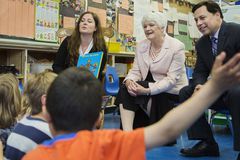 Readers on changes to Ontario's teachers colleges: 'I find it ludicrous'
June 5, 2013
new
How kindergarten fails to predict success in later grades
June 4, 2013 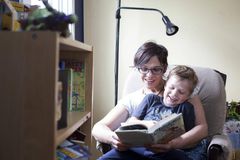