The head of Ontario's elementary teachers' union said that violent incidents occur daily in the province's schools, disrupting lessons and leaving some students feeling unsafe in their classrooms.

Sam Hammond, president of the Elementary Teachers' Federation of Ontario, called on the provincial government to improve resources available to students with behavioural issues.

"Increasingly we are seeing incidents of aggressive, destructive student behaviour in classrooms across the province that creates serious challenges," Mr. Hammond said at a news conference on Tuesday. "When a violent incident happens in a classroom, teaching and learning opportunities are interrupted."

His comments come as a growing number of teachers are providing the union with anecdotal evidence of disruptive behaviour in their classrooms. Mr. Hammond said he will be meeting with the Minister of Education and Minister of Labour on Wednesday to address the issue.

"There is a critical lack of support for our students across this province facing serious behavioural issues that can lead to violent incidents in classrooms," he said. "Many of these students are suffering and we need to step up and help them."

Mr. Hammond declined to say how much money his union is requesting. He said the government needs to increase the availability of special-needs teachers, education assistants and school psychologists. He said many children are on waiting lists for assessments and special education programs.

Education Minister Mitzie Hunter said in a statement that supports for students with special needs have increased, and "discussions on fostering positive and safe school environments are ongoing."

She said that violent incidents in schools are "unacceptable" and the province has established a working group to address issues around health and safety in schools.

Mr. Hammond could not provide any concrete numbers to back up his claims of an increase in violence in the classroom, but he told reporters that "it happens every day in a classroom or multiple classrooms across the province."

The Globe and Mail reported last year on a lawsuit stemming from an alleged violent incident in a Toronto school.

Two elementary students and their parents are suing the Toronto District School Board and their school's principal, saying their school failed to protect them from repeated threats and assaults from a special-needs classmate who had behavioural issues.

The statement of claim, filed in the Ontario Superior Court of Justice at the end of May, said one of the students was allegedly pushed down a climber, hit with a hockey stick, almost stabbed with an uncurled paper clip, kicked, threatened and pinched once on her buttocks.

The TDSB and the elementary school principal said in their statement of defence that they behaved like a "prudent parent" to protect the two students.

None of the allegations in the lawsuit has been proven in court.

The lawsuit is unusual and highlights the tension in the education system between integrating children with special needs and ensuring a reasonably safe environment for everyone.

Mr. Hammond said that ETFO supports the integrated model in which students with special needs are in the regular classroom. But he said that "government funding for special needs has not kept up with the ever growing needs within our school, nor has it even kept up, for example, with the rate of inflation." 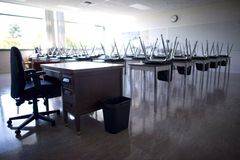 Ontario to resume contract talks with public high-school teachers’ union
November 21, 2016
Ontario to bring back photo radar for school zones
November 8, 2016
Follow Caroline Alphonso on Twitter @calphonso
Report an error Editorial code of conduct
Due to technical reasons, we have temporarily removed commenting from our articles. We hope to have this fixed soon. Thank you for your patience. If you are looking to give feedback on our new site, please send it along to feedback@globeandmail.com. If you want to write a letter to the editor, please forward to letters@globeandmail.com.
Comments